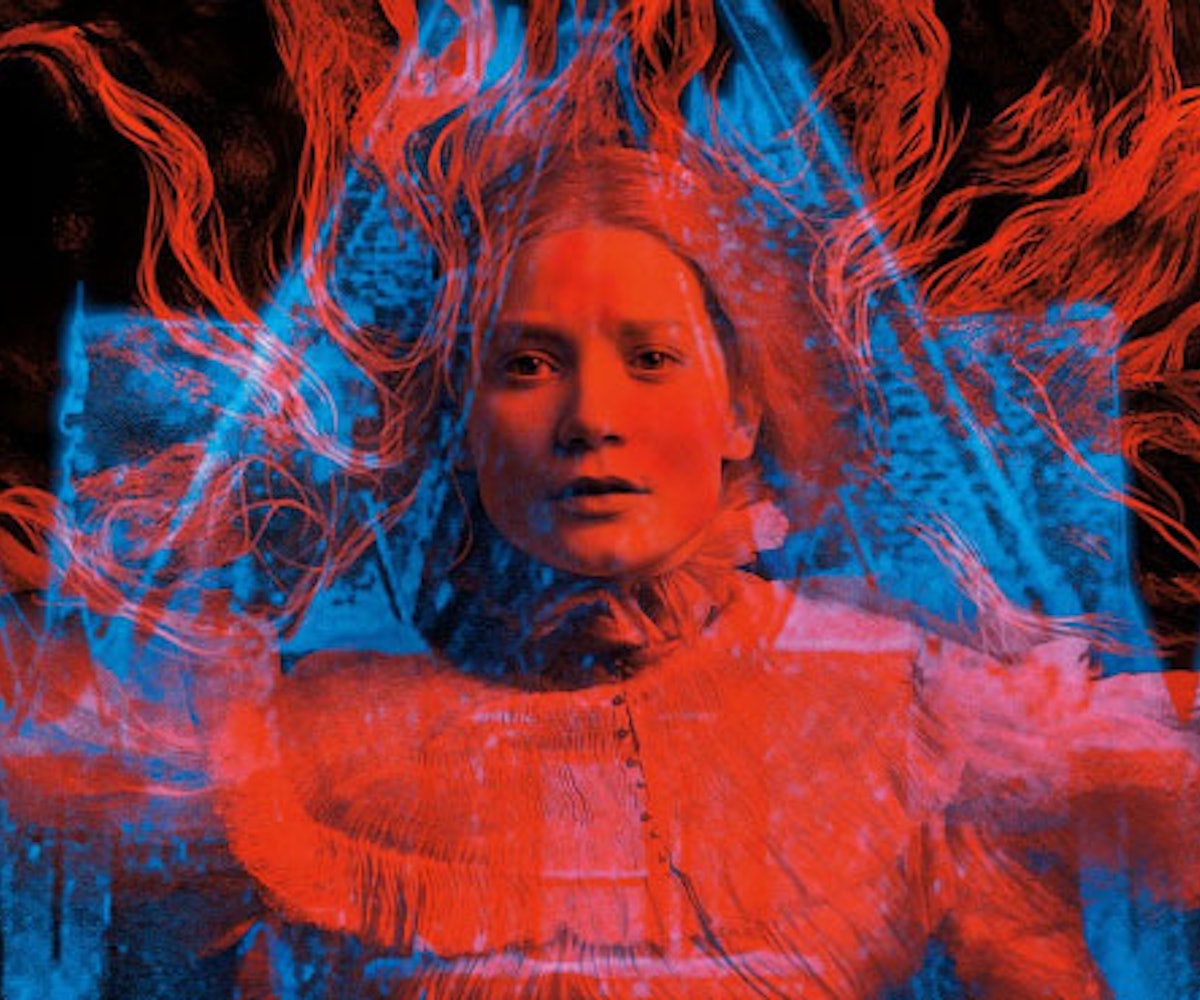 When Guillermo del Toro unzips his skin suit at night, three goth teenage girls tumble out. They enjoy things like dusty velvet, homemade absinthe, clove cigarettes, and making their own Victorian mourning jewelry out of each other’s hair. If you like those things too, you might like Crimson Peak. Although the story is lacking, it’s the spoopiest—and most interesting thing—at the Cineplex.

The story is incredibly simple, and if you’re surprised by any of the events therein, well, you might need to get out more. Edith (Mia Wasikowska) is a bespectacled young woman who has no time for the gossip and pedantry of the local society ladies; she’s much more interested in writing ghost stories and becoming a published author. Despite her better judgement, she falls for a natty Englishman who has nothing but a fancy title and a creepy sister and a falling-down old mansion in England to his name. In short order, her father dies horribly by, uh, slipping and smashing his face on a sink over and over and over again, and Edith marries Thomas Sharpe (Tom Hiddleston) and heads back to Ye Olde England to go live with him and his sister Lucille (Jessica Chastain) in their creepy, old house. Her former suitor, a solid and trustworthy doctor played by Charlie Hunnam, of all people, is suspicious of the Sharpes, as was Edith’s late father, but Thomas is no fool; he knows that complimenting any writer on their work is a total panty-dropper. Edith’s second sight comes in horribly handy when they arrive at the mansion, which is nicknamed Crimson Peak for the red clay that seeps up through the snow; the house is heavy with a bloody history that the Sharpe siblings can’t hide.

Del Toro has often cited the terrifying fairy tales he heard as a child as a huge influence on his work, and his most effective films—Cronos, The Devil’s Backbone, and the sublime Pan’s Labyrinth—make use of those tropes in unique ways. For instance, both The Devil’s Backbone and Pan’s Labyrinth take place during the Spanish Civil War, and even though the young protagonists don’t always understand the real-life horror of fascism, they certainly understand the threat of ghosts and monsters. Although Crimson Peak looks and feels fantastic—the rotting, old house with leaves and snow softly falling, the endlessly fabulous costumes, the scrape of Lucille’s spoon as she feeds Edith porridge—the story doesn’t offer anything new for well-versed fans of the genre. And, while del Toro insists it’s not a horror movie, there are definitely some scenes that are almost laughably ghoulish.

Still, del Toro’s catalogue of subversive and subtly political movies are worth celebrating even when they don’t quite gel; even if you don’t dig on the mega-monsters of Pacific Rim, there’s something incredibly optimistic about del Toro’s vision of a world where superpowers work together against a common foe. It also offered us a new twist on the Bechdel test, based on Rinko Kikuchi’s character Mako Mori. Del Toro and co-writer Matthew Robbins could have pushed Crimson Peak’s flawed female protagonists even farther, and the less said about the dismal male characters the better, but even with its disappointments, Crimson Peak is still worth the trek.

NEXT UP
Entertainment
Hawa Has Her D'Angelo Moment In Playful "Actually" Video
Entertainment
Samia On 'Honey' & Saying The Ugly Part Out Loud
Culture
Caroline Polachek In KNWLS & More Party Photos You Missed
Nylon Nights
How Renzo Rosso Turned The Pelican Hotel Into A Miami Must-Stay
Style + Culture, delivered straight to your inbox.