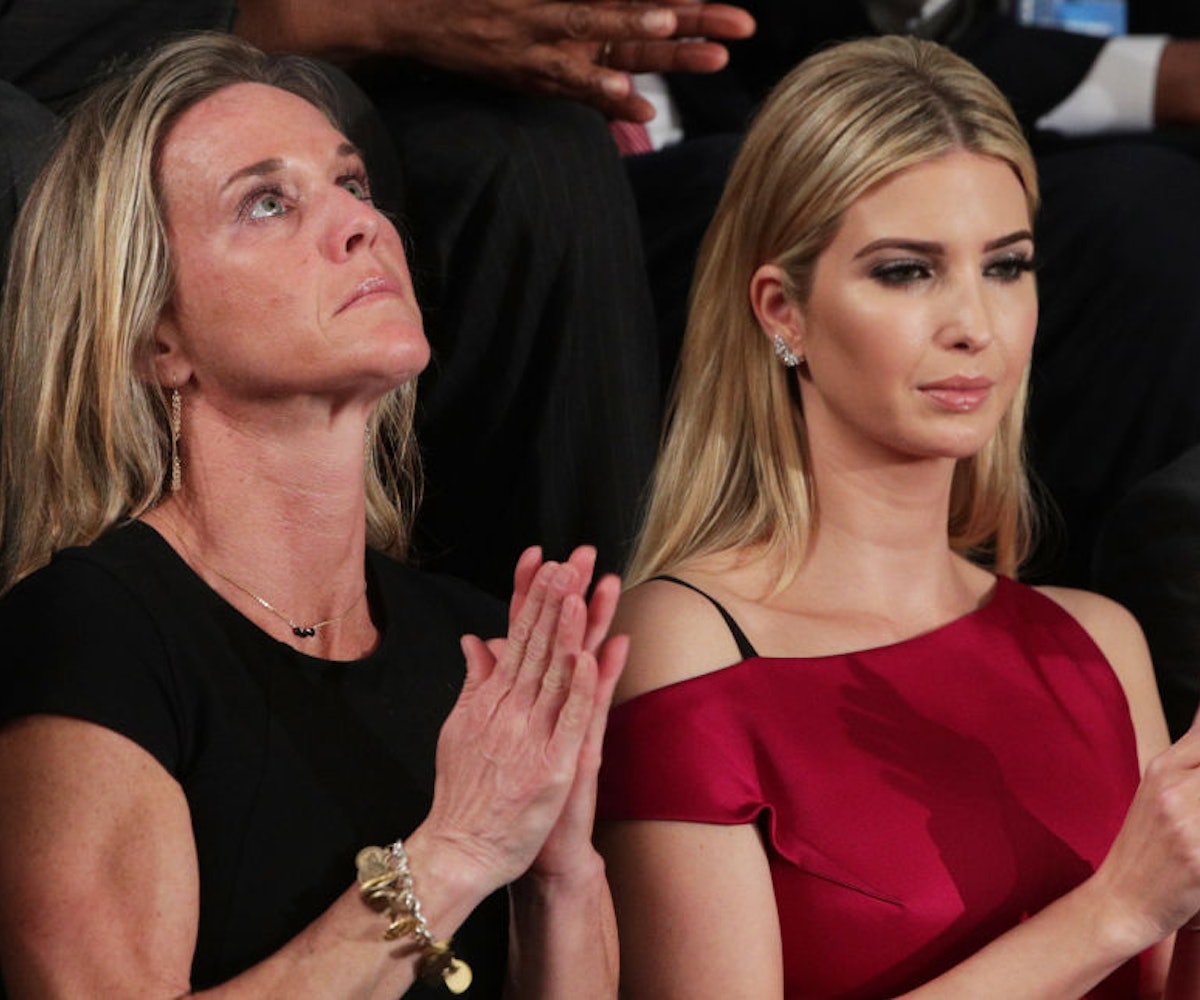 Over the weekend, the New York Times—a publication which Donald Trump routinely calls out as being "fake news"—published an article by Susan Chira which claimed that recent criticisms of Trump advisor Kellyanne Conway's fashion choices stem from the most blatant kind of sexism. Chira opened the piece by asking, "What powerful political woman is mocked for her clothes, is the target of pictures on Twitter depicting her as haggard and is routinely called a witch and a bitch?"

Okay, so now that it's sunk in (it stings, doesn't it?), let's be clear about why it's completely fine and not necessarily sexist to critique the fashion looks of Conway, Ivanka Trump, Melania Trump, and even poor cave-bound Tiffany Trump. Fashion, as we're well aware by now, is inherently political. The messages being shared by Conway, when she dresses in red, white, and blue, thus staking a claim to a certain kind of in-your-face patriotism, or Ivanka, when she posts a photo of herself in a shimmering silver gown on the same day that thousands of people are summarily barred from entering the United States, or Melania, when she wears a bright pink pussy bow blouse in her first public appearance after her husband's voice has been broadcast to the world saying he likes to "grab 'em by the pussy," were all explicitly political ones, and thus deserved to be treated with criticism and analysis.

Now, more than ever, it is essential to look beyond the surface of the people who serve in Trump's administration, because, if there's one thing we should all understand, it's that they will attempt to spin the truth and create their own version of alternative facts; it's the media's job to see what's there and actually report on it. And, yes, that extends to fashion choices. It is completely valid to analyze the decision made by Ivanka, say, to wear a figure-hugging, shoulder-baring dress to her father's first address to a joint session of Congress. Should said analysis devolve into name-calling or shaming? Of course not. Nor should criticisms of Conway focus on the length of her hair or how tired she supposedly looks. Those kind of comments are sexist, but more than that, they're lazy and stupid, and they're all too familiar as being the way Donald Trump himself has been known to talk about women who displease him.

But simply because some people out there are critiquing Conway or Ivanka with the same venom with which Hillary or Chelsea Clinton—or, you know, countless of other women in the public eye—are critiqued, does not mean that the women of the Trump administration should be recused from facing legitimate scrutiny about the way they present themselves to the world, particularly when the administration they're representing is one which is inherently anti-feminist and anti-equality. Rather, engaging with Conway and the Trump women by questioning their actions and decisions—even when those have to do with sartorial choices—is our responsibility right now; there's no need to get nasty, but there's also no need to pretend that there's nothing to see here.