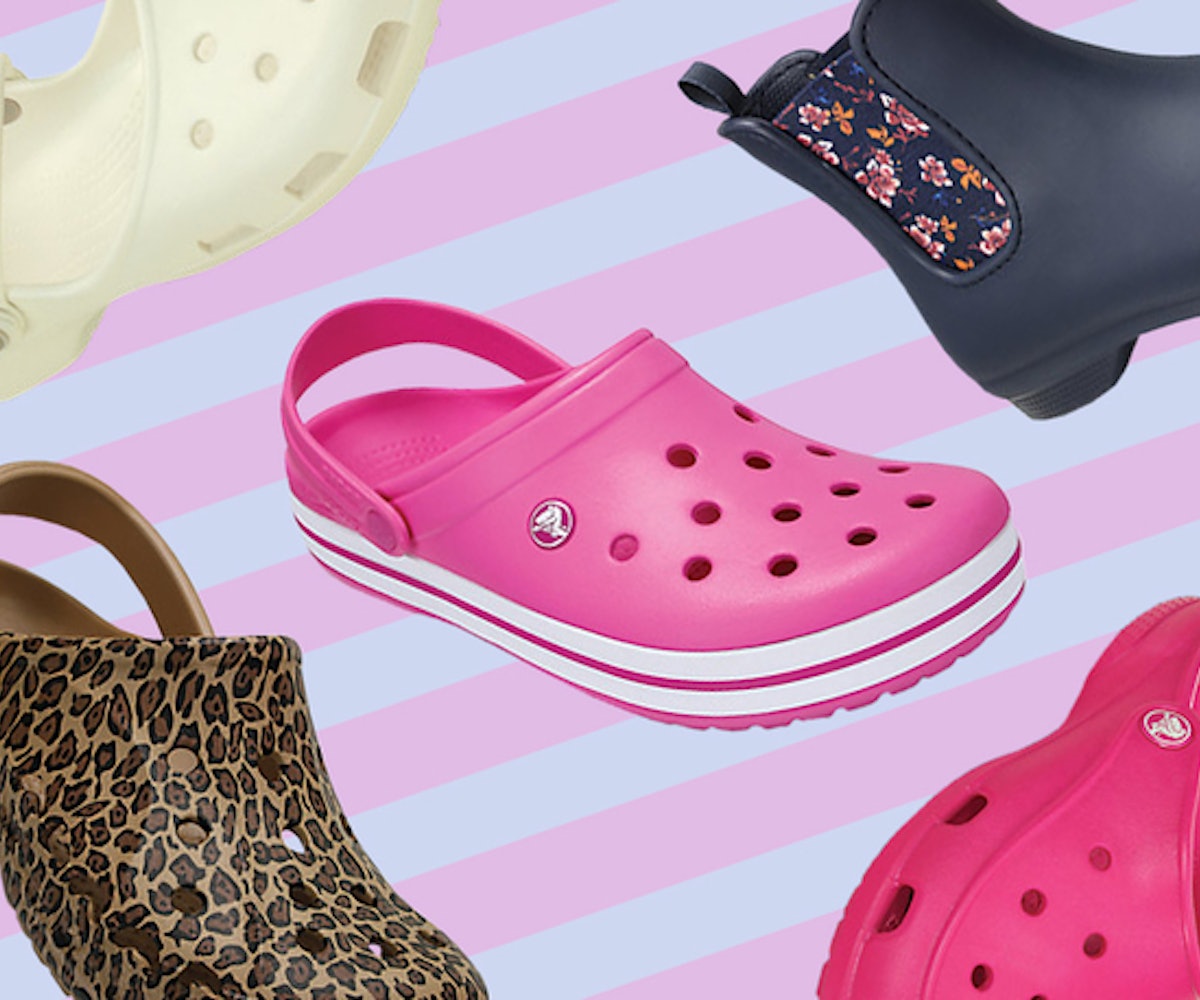 On Monday, September 19, 2016, designer Christopher Kane sent a shoe down the runway that would have industry people questioning their own impeccable tastes. On that fateful day, Kane brought back the much-maligned Croc. Yes, he changed the colorway, added some marbled detailing, and adorned the pairs with “precious metal stones,” but a Croc is still a Croc. And it was suddenly back.

This was not a one-off look. At his next show, Kane doubled-down on the Croc, this time showing the foam resin contraptions with a fur lining, because fall. And since third time’s a charm, the Scottish designer released a limited-edition collection last month that included zebra prints and ostrich feather pom-poms. A designer stamp of approval doesn’t always turn a reviled shoe popular, though. Kane may be on a quest to make Crocs a thing, but fashion industry insiders still have some… mixed feelings.

Take stylist Sam Bates, who says, though she won’t be buying a pair for herself, she appreciates the effort. “I genuinely believe that, aside from the Dansko clog, the Croc is the ugliest shoe in creation," she tells us. “But I have never been one to shy away from an article of clothing or accessory just because it’s unsightly. The more offensive the trend, the more of a challenge it is to style. Anyone that can make lumpy foam footwear look chic deserves a medal.”

Then, there's Emily Kirkpatrick, style news editor for PEOPLE, who wouldn’t mind ironically investing in a pair. “While my higher brain understands that these are the same bulbous, perforated mounds of foam resin that can currently be found on the feet of Mario Batali, my baser instincts shriek that I need these pricey little Frankenstein mules in my life ASAP, if only for the sartorial punch line of it all,” she says. “Despite my better judgment, I am an unapologetic hypebeast who is often convinced to make less than practical purchases thanks to the fickle Zeitgeists of the industry. But hey, at least this time, if my CK Crocs leave me looking like a fool, I'll be the comfiest shod fool in Manhattan.”

Stylist Heather Newberger is also a fan of the shoes' ability to not make your feet throb by the end of the day. “Embellished Crocs and Crocs with socks are not only visually interesting, they feel good, too. And saying goodbye to the stiletto heel and hello to day-long comfort? Now that's a new trend I think anyone can get behind.”

On the other side of the sartorial spectrum, though, we have Christine Flammia, associate style editor for Esquire, who finds the shoe neither trendy nor something that should be associated with style of any kind. “Crocs are the ultimate eye roll-inducing shoe. You wear them one of two ways: Either you have zero sense of style and don’t know they’re not cool, or you are a capital "F" Fashion Person trying to be ironic. Neither is good. The only time they’re fine is if you’re my mom with bad feet or you’re gardening. Keep them off the streets.”

The ugly-shoe bandwagon is a tricky one that you shouldn’t board unless you’re ready for a little turbulence. It’s hard to say whether Crocs will join the gang of unfashionable shoes that suddenly become fashionable again (think: Birkenstocks, Tevas, and Uggs), but let’s check back come September to see if Kane puts a new iteration on the runway. Or on August 10, when the limited-edition collection goes on sale. How does the saying go? If you see it enough on your Instagram feed, you’ll eventually lust after it?