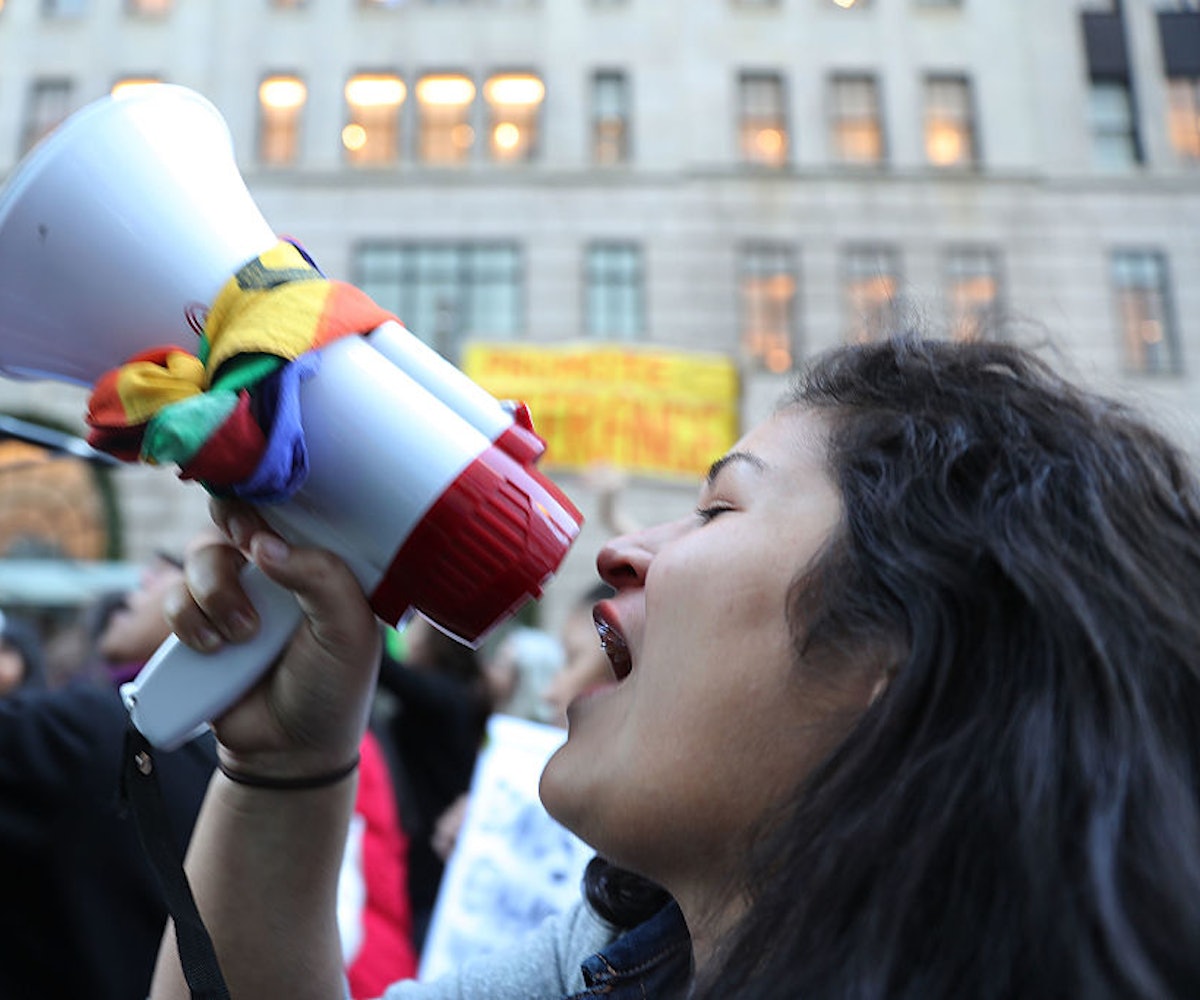 January 21, 2017, is a day upon which hundreds of thousands of people are expected to convene in Washington to join the Women's March and protest the presidency of Donald Trump. The Women's March on Washington will be joined by other marches across the country (each of the 50 states will have at least one, if not many more, of their own) and around the world. The idea for the Women's March was born in the immediate aftermath of the election, when Teresa Shook, a retired attorney and grandmother living in Hawaii, launched a Facebook event proposing a post-inauguration protest. Simultaneously (synchronicity is real!), a Brooklyn, New York-based designer named Bob Bland also created a Facebook invite for a protest.

The events were combined and quickly grew in terms of people involved and controversy created; it started with the fact that the march was initially called the Million Women March, an obvious (if possibly oblivious) rip-off of the Million Woman March that took place in 1997 and was organized by black women in response, at least in part, to being excluded from white feminism. However, the founders of the Women's March on Washington have worked hard to address this error in judgment, as well as myriad others (including a really ill-advised poster design): The march's board now includes a majority of women of color (all of them respected activists) and has put together a plan which promises an intersectional feminist platform, cut ties with explicitly anti-abortion groups, and worked to include physically disabled protestors, making for a true diversity of participants.

And yet, there's still a lot of controversy surrounding the march, a conception that it is disorganized, that there is no point to it. There is a similar lack of enthusiasm surrounding it as there was for, well, Hillary Clinton's presidential candidacy. Much like with Clinton's candidacy, there is a huge amount of people who are incredibly excited about the march, and who are coming in from all over the country to participate in the historic event. But there are others who feel alienated by it, angry that the march doesn't seem to speak directly to their needs. (We're looking at you, white women, who don't understand what intersectional feminism truly is all about.)

And while I must admit that there are elements of the march that have troubled me, just as there were elements of Clinton's candidacy that troubled me, I am going to Washington with the same enthusiasm and willingness to speak out about what I believe in that I felt on November 8, 2016. The only thing that can hurt the feminist movement, after all, is apathy. If we collectively wait around for the perfect resistance movement or the ideal candidate, we not only might be waiting a long time, but we also might wind up with something far worse in its stead; it's the ultimate example of letting the perfect be the enemy of good. I am not saying that every person who opposes our current ruling idiocracy must march—there are many ways to resist and be active, and marching might not be yours—but I am saying that joining a movement, and showing that we outnumber those who seek to silence our resistance, is not a bad thing. Walking together toward a place of collective hope and peace might seem like a futile thing at this dark moment in time, but what it shows is that we have strength in numbers, power in purpose, and that we won't defeat ourselves before we've even begun.

NEXT UP
Culture
6 Shows To Binge Once You've Finished 'The White Lotus'
Culture
Who Won At The 2023 Grammys
Astrology
February 2023’s Full Snow Moon in Leo Embraces The Real You
Fashion
Jenna Ortega Is The Face Of Adidas’ Newest Line
Style + Culture, delivered straight to your inbox.