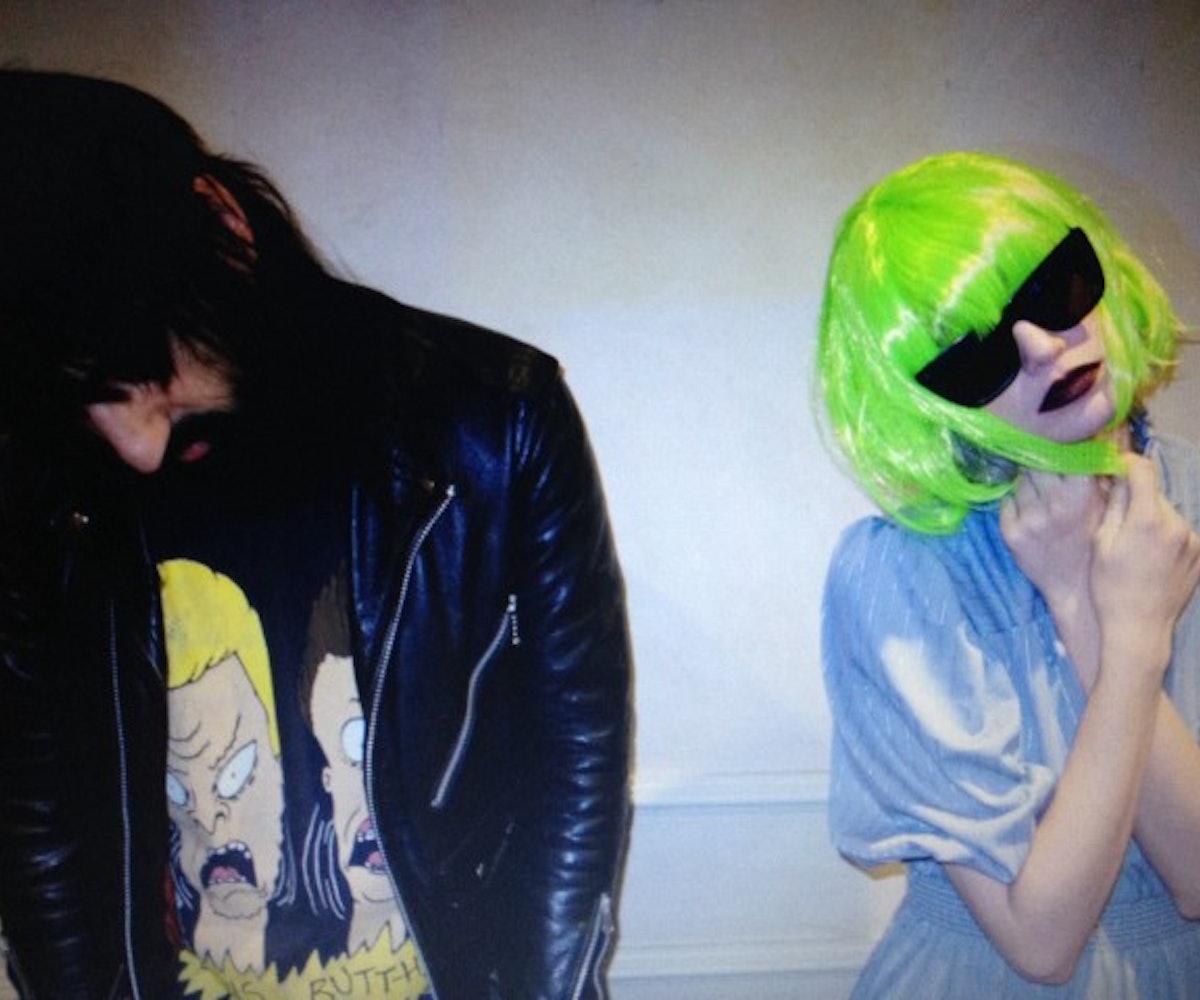 It's been a little over a year since Alice Glass suddenly and unceremoniously left Crystal Castles. But in a sign that the electro-goth outfit has fully moved on, they played their first show without her over Thanksgiving weekend at Johannesburg’s SoundsWild festival, and revealed the enigmatic singer we heard on their first post-Glass track, "Frail." Apparently her name is Edith Frances, and that's her in the photo above next to Ethan Kath, in a photo posted to the group's Facebook page. "Edith Frances 1st show 1st time on stage, let's show her luv xoxo," Kath wrote.

As Stereogum points out, Edith Frances has no online footprint (probably because that's not her real name), which is in keeping with Crystal Castle's penchant for mystery. A video of them performing together circulated online but has since been removed, but you'll be able to see them perform live at SXSW in March, in what will surely be one of the hottest tickets at the festival. Listen to "Frail" below.