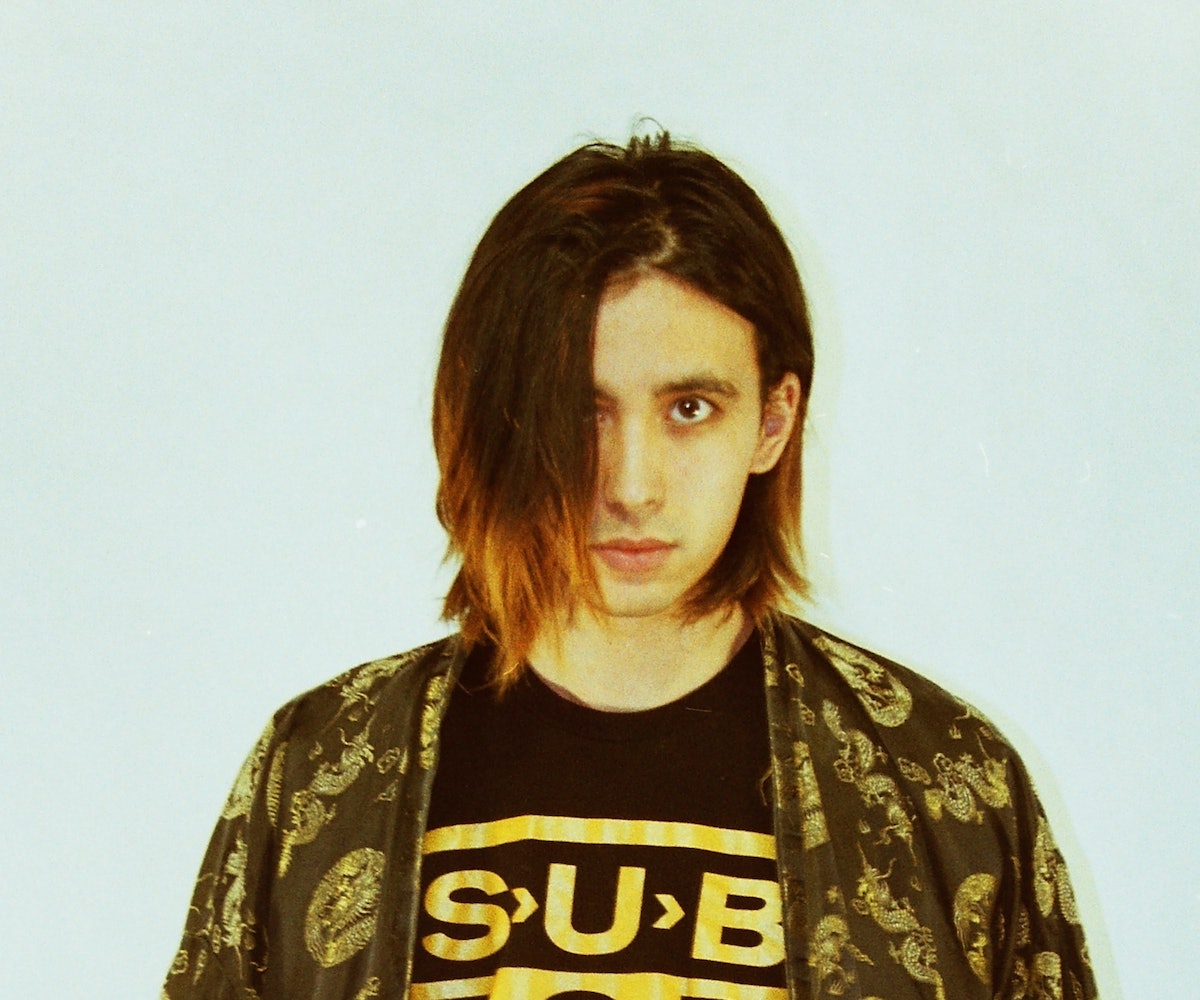 New misery: It's the feeling of being truly alone for the first time, or the realization that happiness is fleeting. It is a universal sentiment that shows up without invitation and hangs around indefinitely.

For Chicago-based solo artist Cullen Omori, the feeling is all too familiar, but it inadvertently provides the fuel to create meaningful music. Though he may feel entrenched in negativity at times, songwriting keeps him going, and his sound is genuinely original and allows for the listener to engage emotionally, too.

This year, the former Smith Westerns frontman released his debut solo album, New Misery, while facing hardship after hardship. In a way, he was forced to confront the exact pain that went into this album following the breakup of his band in 2014.

“2016 has been some fucking new misery shit,” Omori says. “I had my tour fail. I had my girlfriend who I was living with for four years—that’s over now. I had nowhere to stay in Chicago, so I had to stay at my parents’ house... It’s ironic that this album was this testament to a step in a better direction than where I was.”

After Smith Westerns broke up, Omori felt unmotivated and stuck in a spiral of harmful behavior. “I was being self-destructive and not doing anything positive,” he says. “You don’t really realize what your tool is to be creative until you have that kind of closed-off view. That was what Smith Westerns was for me—a way for me to be creative—and I don’t think I really appreciated it or knew how much I would appreciate having or not having it.”

So, he returned to songwriting, which happened to be the one source of light that he found in his life at the time. Within that dark period emerged New Misery, a rich and poignant album that is equally lavish in experimental guitar and saccharine synth work as it is in feeling and genuine lyricism. It's a sound you can get lost in while simultaneously getting in touch with emotional intricacies, as Omori’s romantic vocals express both evanescent joy and looming sadness.

Omoro describes New Misery as a reaction to the conclusion of Smith Westerns. The album effortlessly flows from effervescent standout tracks like “Cinnamon” about his wild lifestyle to billowing, bittersweet songs like “Sour Silk.” Overall, it captures his range of emotion and musical tenacity.

“I feel like I kind of made something because it was so enclosed and encapsulated and a part of my little, own universe—it’s different,” he says.

Not only did Omori write the entire album, he was very involved in the entirety of the recording process—making the release of something so wholly his own frightening and, at times, disappointing in terms of every difficulty he faced following its release. But nevertheless, he has no plans to fall back down the hole he tumbled into after the dissolution of Smith Westerns.

“Putting this record out and thinking that I was not going to be back where I was and inch forward has definitely been a very hard run for me,” he says. Despite this, though, he adds, “Seeing how responsive to all of those things and not totally quitting or anything like that are bigger indicators of where my personality and myself is at.”

“[It’s] a momentous life change where you take a couple months to be a self-destructive loser wasting away, [instead] I took that time to keep on writing. That’s the only way to make it out of anything," he says. “There is nothing, in my experience, that will get you out of a bad place, but there is stuff that will help. Trying to find that thing that will help do that. For me, that’s writing music.”

On the closing title track, Omori sings, “Is it enough to be happy?” in a lull over the wistful echo of his guitar. It is a question he found himself asking following the breakup of his former band, and one he confronts now with cynicism and disbelief following a year of unexpected events.

While misfortunes may seem to loom over the up-and-coming solo artist, one thing is for certain. His songwriting will always be there for him, and if you are feeling a sense of new misery, his music will be there for you, too.