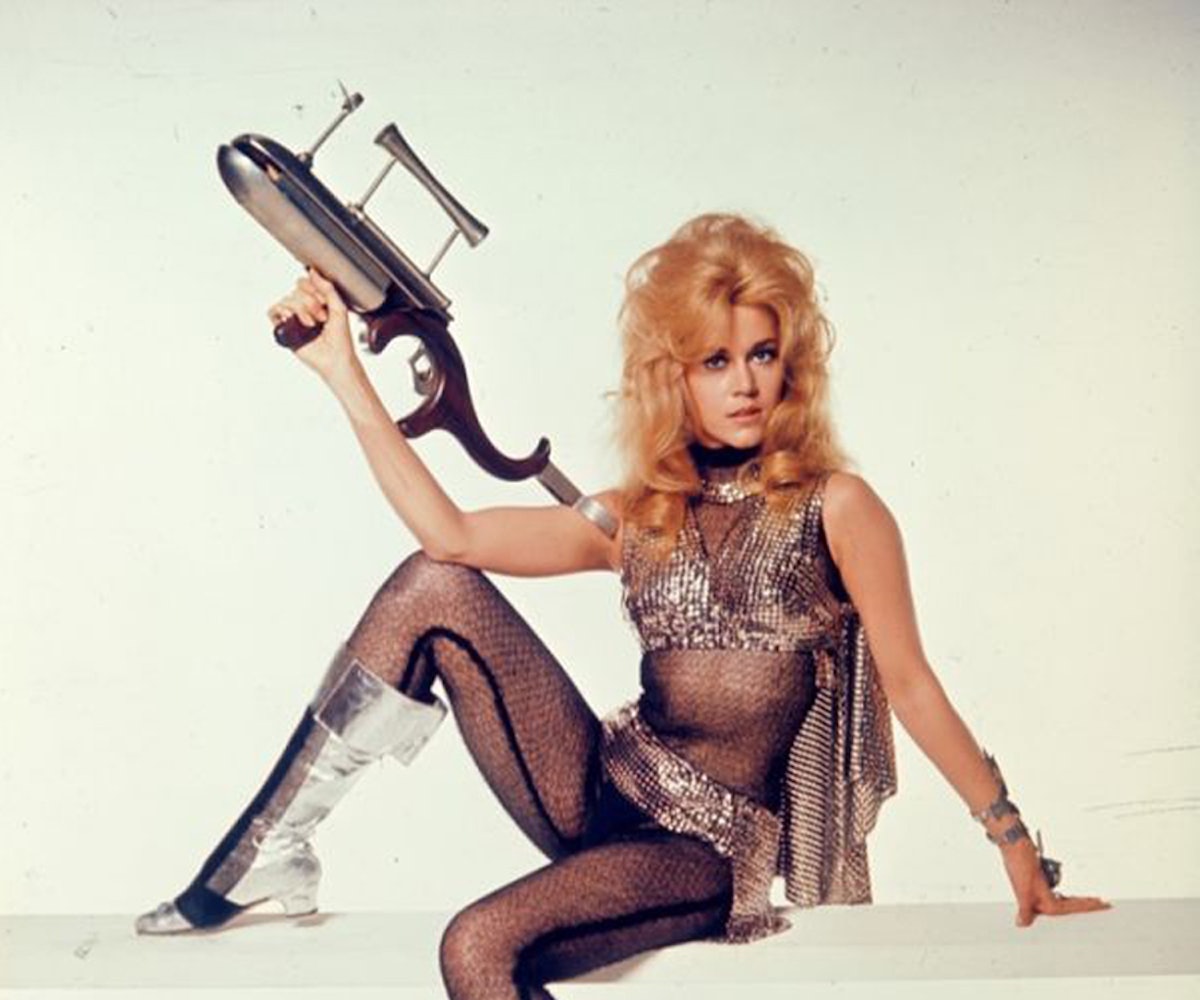 Film is perhaps one of the greatest mediums we have to escape from our everyday life and indulge in our imaginations. Cult films are even more impactful. With their atypical plots, settings, and characters, it's easy to fall deep into the fantasy worlds they create.

We constantly find ourselves borrowing inspiration from them to create works of our own, or even just to move through the mundaneness of life. Whether we chose to adopt some of our favorite characters' sayings or attitudes or take cues from their wardrobes, there's a certain power that can be borrowed from them. But because some of our favorite films are fantastical in every which way, their costumes aren't always the easiest to replicate.

Ahead, find out how to translate five iconically "unwearable" cult film looks into outfits you can actually sport.

Jane Fonda's Barbarella may be "the most beautiful creature of the future," but she's so much more than that. Though the film may not seem to depict women in the best light, it showcases the inherent power of women and the importance of embracing and being in charge of one's sexuality.

For a more toned-down, wearable play on Barbarella's look, layer a silk bra top under a sheer mesh long-sleeve shirt, and zip up a '60s-inspired silver leather mini skirt. Then, throw on a metallic pair of boots and spritz bumble and bumble's Cityswept spray through your hair to finish the look.

The Bride of Frankenstein

Let's face it: The Bride of Frankenstein is one of the most depressing tales of loneliness and "otherness" in horror film history. It also hosts some of the genre's most memorable visual moments and costumes, the Monster's Bride being the most poignant.

In all honesty, there isn't much to Lanchester's outfit—all you need is a long white dress. The memorable and, well, typically unwearable part of her look is the hair and makeup. Start with a strong, clean brow (straight and angled upward, if possible), and follow with a deep red lip, a healthy hand of mascara, and a Kardashian-level of contouring. For a play on Lanchester's hair, create a high bun and a concoction of clear mascara and silver glitter, then run the spool in a wave shape across the side of your head.

Who Are You, Polly Maggoo?

Easily one of the most visually stunning and memorable films of the '60s, Who Are You, Polly Maggoo? stands as a cultural documentation of the mod fashion movement. It also may very well have foreshadowed reality television.

Since the looks in the film are mostly stiff metal dresses meant for the runway and other looks that are so heavily tied to mod, if you were to recreate them exactly, they would come off looking costumey. To interpret them in the present day, throw on a black-and-white striped knit, a leather mini, and white patent Chelsea boots. Don't forget to load on some silver eyeshadow and create a heavy cat eye with some gel liner.

Pris may have been created to "pleasure" others, but she owned her powers of attraction and turned them around to help protect herself. It doesn't get more badass than that.

Pris' look is super easy to adapt into your wardrobe. Just layer a long-sleeve mesh tank over a black cami and a pair of shorts. Throw on some thigh-high stockings, over-the-knee boots, and a choker, and your outfit's all set. Tone down her iconic eye look by creating a dark metallic blue smoky eye instead.

While Jim Henson's Labyrinth helped kick off Jennifer Connelly's career, David Bowie ultimately stole nearly every scene he was in. As with everything he did, he was captivating. His outlandish costume, hair, and makeup helped transform his character and differentiate him from the typical villain.

To get a variation of the Goblin King's look, grab a pair of high-waisted gray pants, and put a loose-fitting white button-up shirt over a harness bra. To make the look less costume-like, substitute the knee-length boots for subtle black ankle boots.