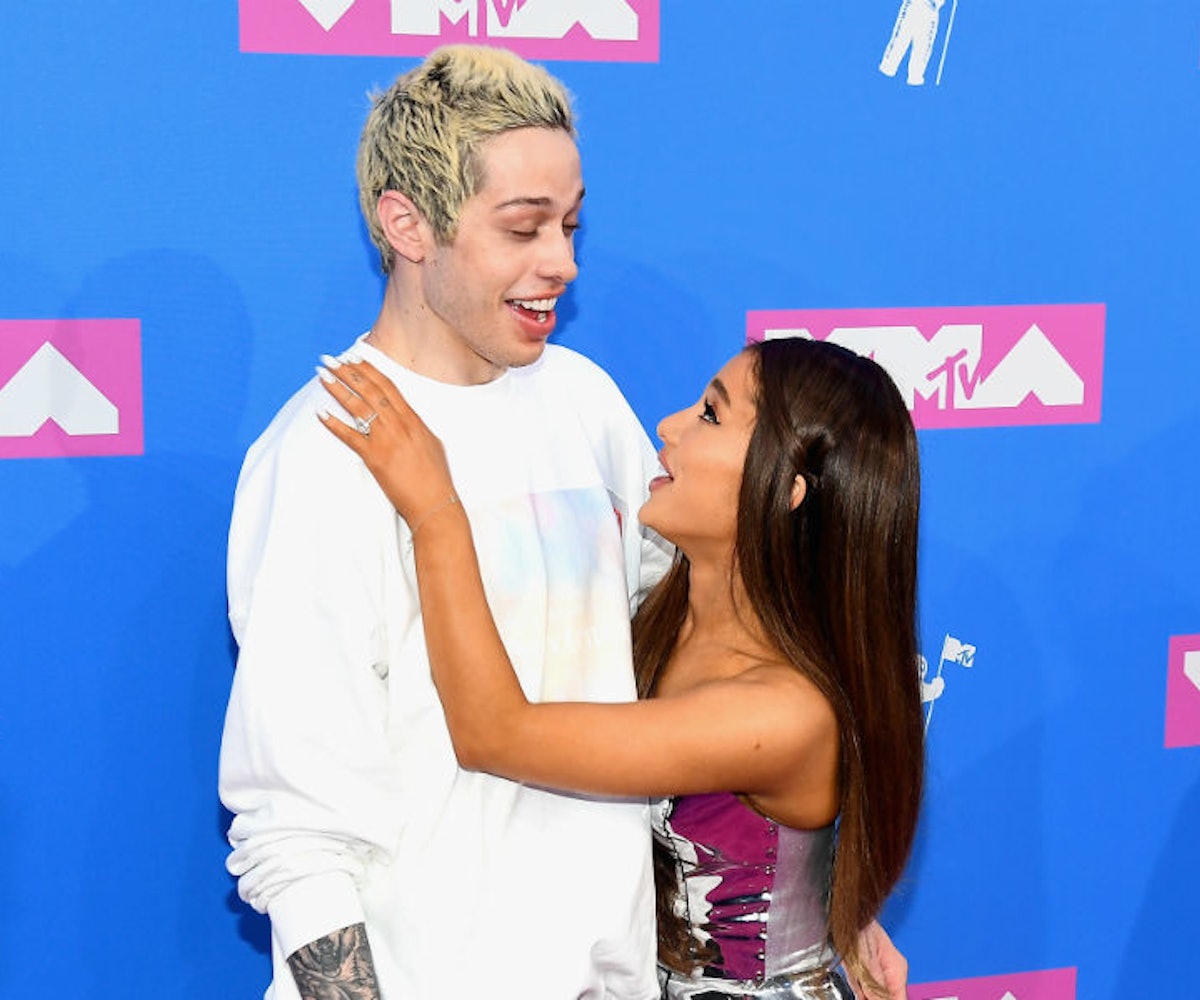 One Beyoncé Knowles and Jay Z announced earlier this summer that Everything Is Love, and their declaration rang true during last night’s MTV Video Music Awards. Yes, there was fashion to fawn over and lots of metallic eyeshadow looks that deserved you zooming in to get a closer look—along with the expected standout performances—but the true winners of the night were the couples. Starting with the red carpet and through the award show, we witnessed moments of PDA, hand-holding, and lots of heart eye-emoji glances from the smitten stars. Some of our favorite moments, ahead.

Ariana Grande and Pete Davidson proved that their affection for each other IRL is just as nauseatingly cute as it is online. Davidson even wore a beaded bracelet with the initials "AGD" (Ariana Grande Davidson, presumably) on it.

Our longtime favorite couple, Gucci Mane and Keyshia Ka’Oir, were showstopping in their outfits.

While our new favorite couple, Karrueche Tran and football player Victor Cruz, had smiles plastered on their faces pretty much all night.

Kylie Jenner and Travis Scott may have walked the pink carpet separately, but they were pretty cozy during the actual award show.

Families came out to show their love, too. Like, DJ Khaled and his son and wife, who looked very Miami in matching Versace.

Heidi and Spencer Pratt and their new baby boy also made an appearance. TBD on whether he’ll pop up on that Hills reunion.

And then who could forget this adorable moment of Alex Rodriguez pulling a Kris Jenner “you’re doing amazing, sweetie” during Jennifer Lopez’s performance? We love love!