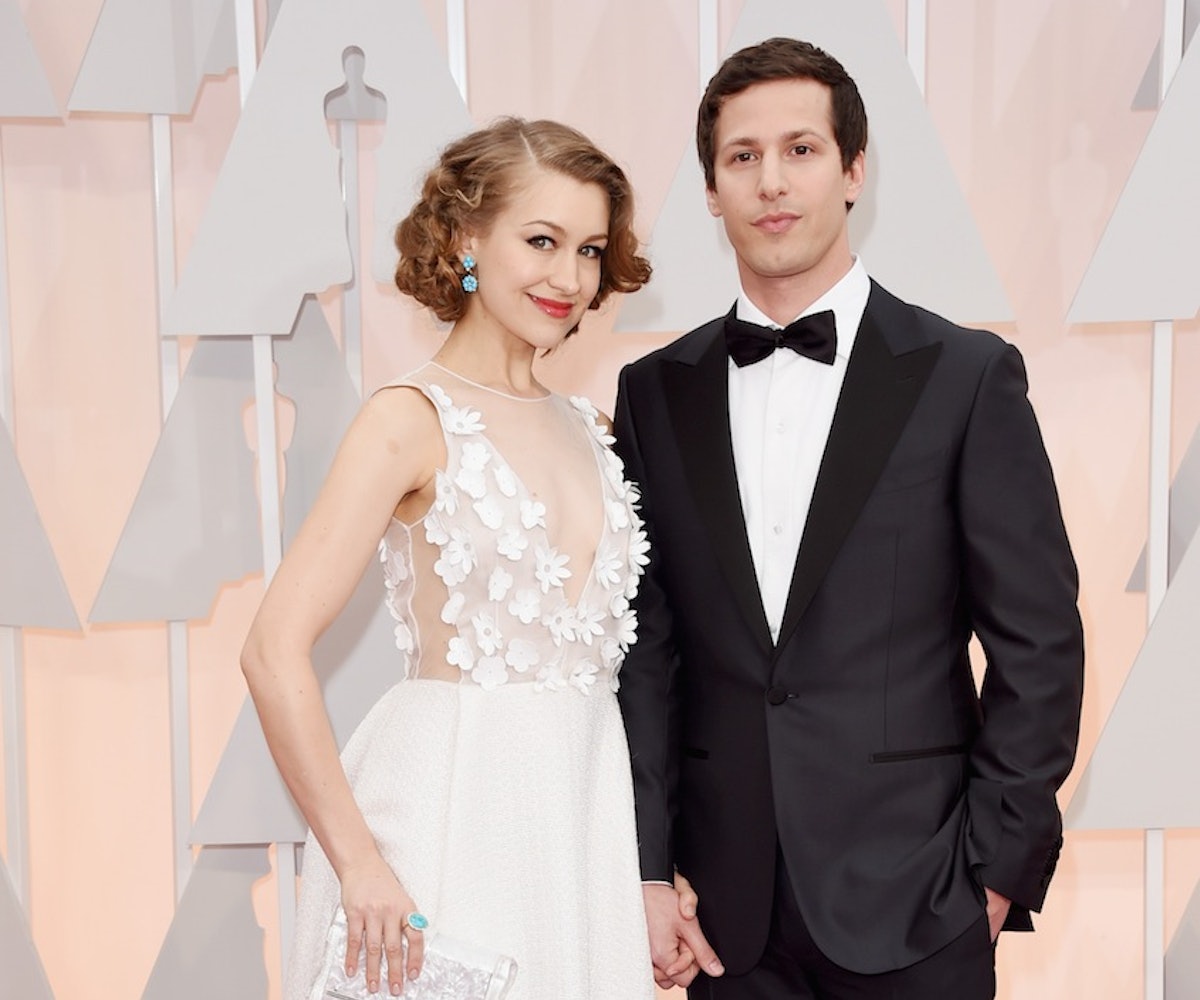 In the high-stress environment of the Academy Awards, we wouldn't blame our favorite celebrities for committing various faux pas. We'd forgive them if they decided to, say, grope a fellow celebrity, or make awkward jokes in their underwear. And while the two aforementioned events certainly happened, a majority of the Oscar attendees surprised us in the best ways possible: Reese Witherspoon and Patricia Arquette (with the support of Meryl Streep and Jennifer Lopez) addressed feminist issues, Steve Carrell brought #HeForShe to the event, and the red carpet was home to some of the cutest romantic displays we've seen in a while (seriously, we pictured cartoon hearts floating above everyone's heads). Click through the gallery to see the cutest couples of the night.

Lady Gaga Took On 'The Sound Of Music' At The Oscars

The Oscars' 13 Most Stunning Dresses

10 Oscar Beauty Looks That Took Our Breath Away

The 10 Cutest Couples At The Golden Globes

David Burtka and Neil Patrick HarrisThey're beautiful, they support each other, and they may be one of the realest couples in Hollywood. "I don’t want people to think we’re a perfect couple. Nothing’s perfect," Burtka told Out. "We have a really great recipe for a wonderful relationship, but we don’t want to be the poster boys for gay relationships. We’re not trying to pretend that we are perfect. We’re just trying—in a good, positive, loving way—to live our lives."

Hannah Bagshawe and Eddie RedmayneMuch like Stephen and Jane Hawking, Bagshawe and Redmayne met while studying at college. Fast-forward to present-day and the newlyweds seem to have an idyllic relationship, filled with Golden Globes and an Oscar.

Joanna Newsom and Andy SambergNewsom and Samberg win the award for best indie comedy voice-over couple of all time. (By the way, we can't get over Newsom's HONOR dress!)

Sophie Hunter and Benedict CumberbatchAlthough the attention was mostly on Best Actor nominee Cumberbatch (his film, The Imitation Game, was nominated for 8 Academy Awards total), we love how the British bombshell of an actor focused all of his attention on his new wife, director Sophie Hunter.

Chrissy Teigen and John LegendThe cuteness of this photo is enough to induce our most unflattering tears-of-joy face.

Behati Prinsloo and Adam LevineThey are just too beautiful. Sigh.

Channing Tatum and Jenna Dewan Tatum It looks like the couple, who met on the Step Up set, is reenacting a scene from Dirty Dancing.

Ed Norton and Shauna RobertsonNorton and Robertson may be the film industry's most private couple—they wed in secret and only just announced the name of their son (22 months after his birth)—but this stolen moment is too adorable.