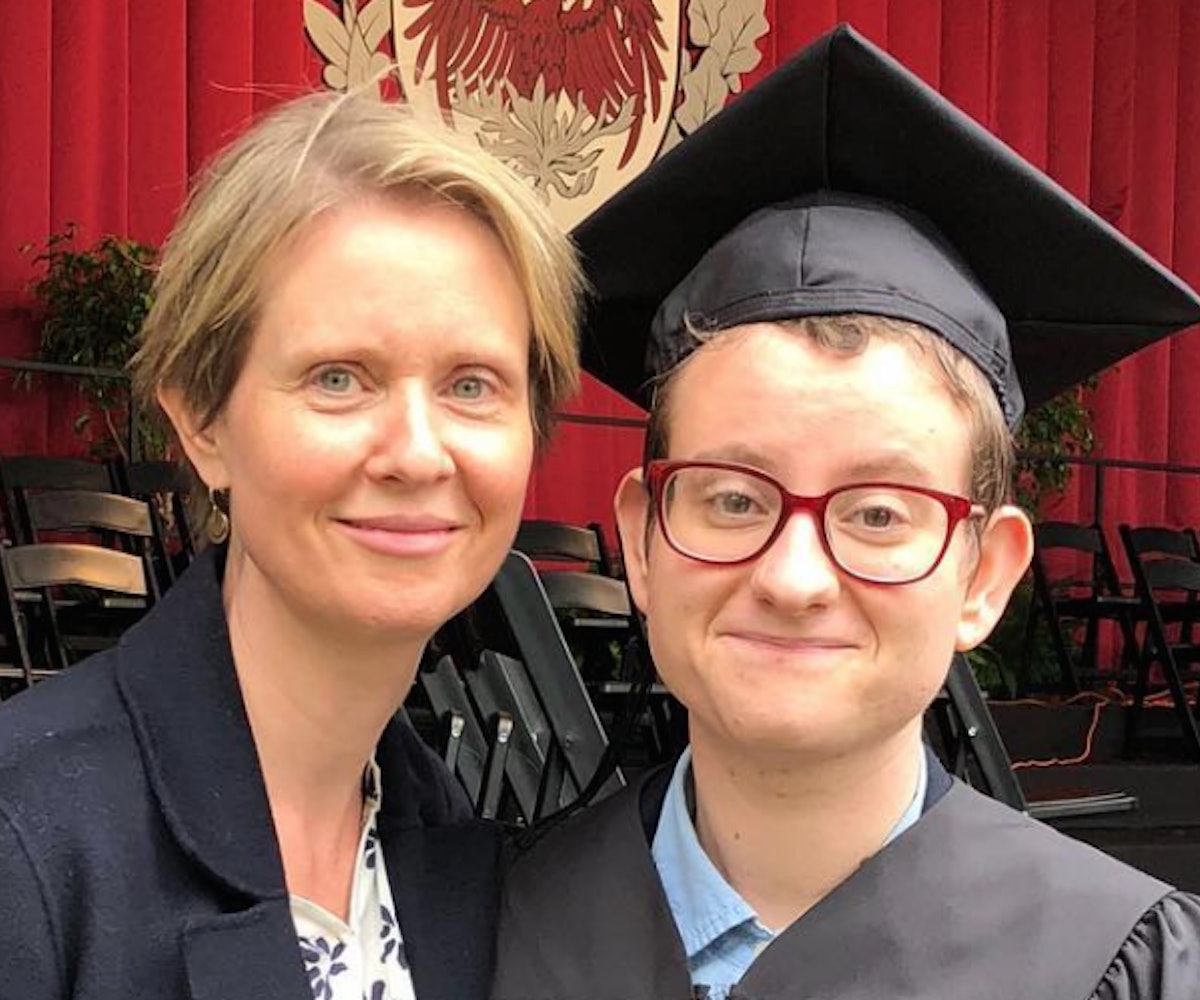 Cynthia Nixon has revealed that her oldest child is transgender.

Over the weekend, the Sex and the City star took to her Instagram to post a photo of her and her 21-year-old son Samuel Joseph Mozes, who goes by Seph. The sweet post came in honor of the 14th Annual Trans Day of Action. Seph is the child of Nixon and her former partner Danny Mozes. Nixon also has a 15-year-old son named Charles with Mozes and a 7-year-old son named Max with her wife, Christine Marinoni.

Using a photo from Seph's recent graduation from the University of Chicago, Nixon wrote in the caption, "I'm so proud of my son Samuel Joseph Mozes (called Seph) who graduated college this month. I salute him and everyone else marking today's #TransDayofAction #TDOA."