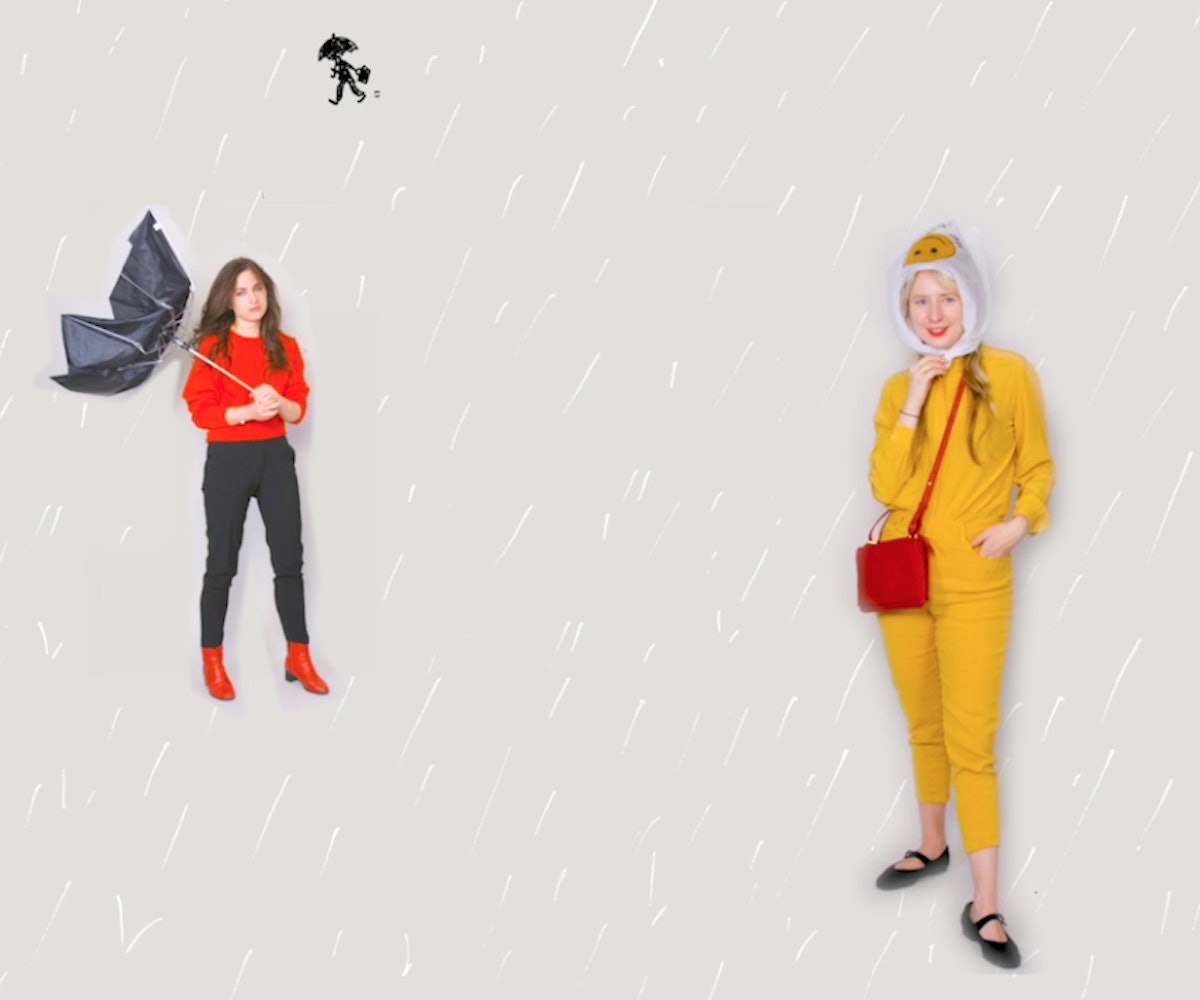 What does it mean to be a city person? Or, more specifically, a New Yorker? Some would say you need to have lived here for 10-plus years, whereas others think the requirement starts at birth; like, unless you were born and raised in New York, it simply doesn't count. And while it's possible to make a solid argument for either of those qualifications, with today's release of D C-T!, I'd like to suggest that the real tell of a New Yorker is whether or not they're able to decipher all the coded messages inside this clever, funny, beautifully wrought new book.

D C-T! is the creation of illustrator Joana Avillez (born-and-raised New Yorker) and writer Molly Young (who has lived in New York for over a decade), who have been friends for some time now (they shared—at different times!—an ex-boyfriend, who clearly had excellent taste). The two also share a love for writer and illustrator William Steig, whose work both women were introduced to when they were children, who created the coded language which Young employs throughout D C-T! in his book, CDB!

"It's entirely written in code," Young explains of the book's text, which comprises at-first enigmatic captions, like the letter "L" (aka hell), alongside an illustration of an off-brand Elmo frolicking in Times Square. And while the phonetic code can be sorted through by reading the numbers and letters out loud (there's also an answer key in the back), it becomes all the more rewarding and fun to do so by guessing the meaning based on the illustrations. As Avillez points out, "It's a very symbiotic word and picture exercise."

You'll also have an easier time deciphering the meaning if you're familiar with New York, a place which lends itself to coded messages, and whose quirks and idiosyncrasies have become iconic far and wide; it's the ur city. Young says, "Anything that's present in an American city is present in a really concentrated degree in New York."

And the kind of things which are present in New York—people clipping their nails on a subway platform, cockroaches scurrying across a living room floor, a couple asking each other for help with the Sunday crossword—are fully present in D C-T! as well, which is organized by season, and filled with all the attendant woes of a four-season city. And yet, while it conveys the annoyances of grim winters and ultra-humid summers, D C-T! is a purely delightful experience, one which will have you and your friends debating the relative merits and drawbacks of certain kinds of pests (while Young finds cockroaches to be the nadir of New York vermin, Avillez thinks native New Yorkers would prefer roaches to rats), and falling in love all over again with New York, and just all cities, in general, which are, as Young points out, just a "thin layer of structure on top of a teeming heap of chaos." Who could ask for anything more?

D C-T! is available for purchase now. And you can get to know Joana and Molly and watch the book come to life in the video, below.