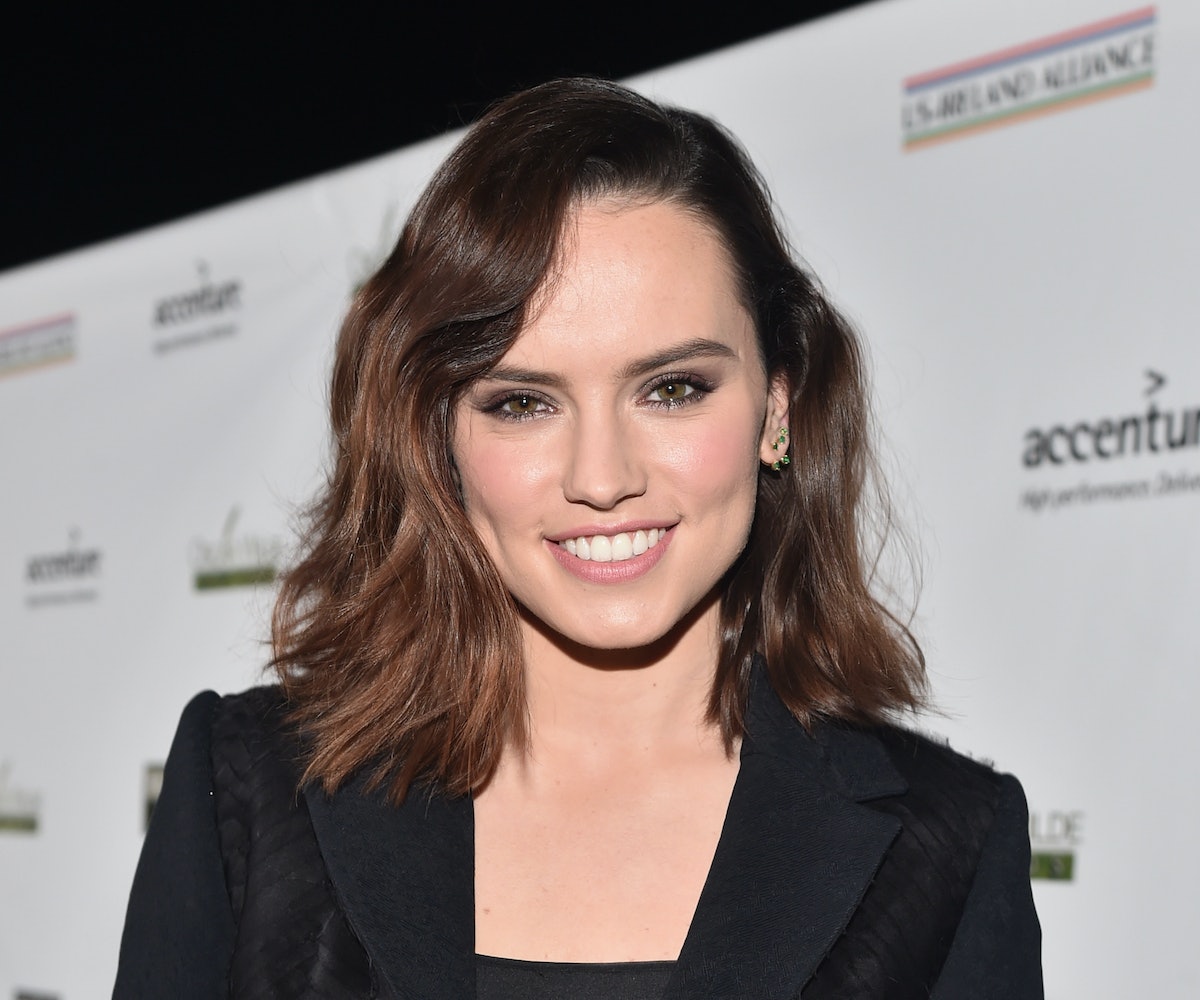 Daisy Ridley is still pretty new to this whole movie star thing, but it looks like she's already turned her attention to the pop world. According to J.J. Abrams, the Star Wars star is about to get some quality time in the studio with a "massive superstar."

The director, who handpicked the previously unknown Ridley to lead the rebels against The First Order in Star Wars: The Force Awakens, was on hand at the US-Ireland Alliance's Oscar Wilde Awards, where he honored his young Padawan. But for someone known for maintaining an airtight level of secrecy on his film steps, Abrams was pretty eager to spill the beans about Ridley's burgeoning music career.

"One day on set, she just started singing and had the most beautiful voice I ever heard," Abrams told the crowd. "On Saturday, this weekend, she is going to record a song with an unnamed person, but let's just say a massive superstar."

Anyone who's seen Ridley' sparkling rendition of "Baby, It's Cold Outside," knows she can sing just as well as she can handle a lightsaber, but embarking on a full-blown music career is an entirely different animal than drunken karaoke with Oscar Isaac. If she does plan on recording an album, it may have to wait, as Ridley has already started shooting Episode VIII. Either way, may the force be with her.

NEXT UP
Culture
The Madonna Biopic Is Being Scrapped
Culture
Kaia Gerber Won’t Stop Until She’s Cast As Patti Smith In A Biopic
Culture
The 2023 Oscar Nominations Full List Is Here
Entertainment
Beyoncé Is Now The Most Awarded Artist In Grammy History
Style + Culture, delivered straight to your inbox.