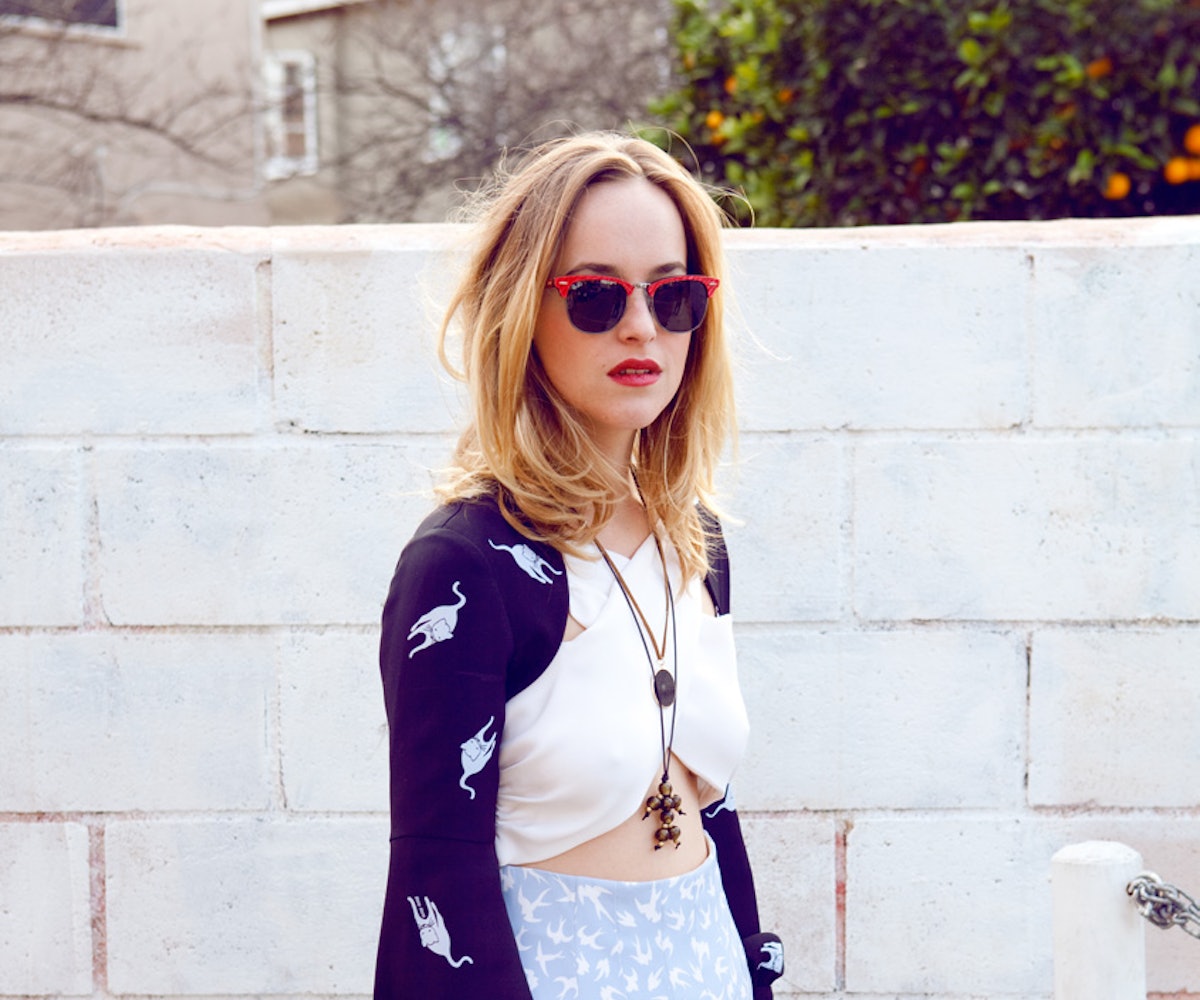 With a certain BDSM-themed movie hitting theaters tomorrow, we thought this would be a good opportunity to revisit a feature with Dakota Johnson, one year before 50 Shades of Grey was even published, and fives years before the movie version transformed her into an instant star.

Sure, she's the daughter of Melanie Griffith and Don Johnson, but considering that she looks she's just stepped out of the Lolita movie poster, the camera probably would have found Dacota Johnson-who has upcoming roles in Beastly and David Fincher's The Social Network-anyway.

I DON'T THINK I WAS EVER LIKE, "I WANT TO BE AN ACTRESS."

I grew up around it. I was more like, "This is what I do. This is how I deal with the shit that's going on inside me."

I'VE BEEN LISTENING TO A LOT OF MUMFORD & SONS.

I like the entire album and that's pretty rare. There are usually one or two songs that I could do without. I just saw them in Sydney at the Laneway Festival. It was so cool.

NOBODY LEARNS HOW TO SPEAK RUSSIAN.

So I'm learning. I'm using Rosetta Stone and I feel really silly when I'm using it. I'm in my house, speaking Russian to myself into headphones attached to a microphone. It's funny.

I REALLY WANT TO WORK WITH QUENTIN TARANTINO.

His movies are just really real. It's funny and it's sexy. It's the down-and-dirty, gritty business.

I'M FACINATED BY THE WAY THE MIND WORKS.

If I wasn't acting, I might be a phychiatrist. I'm interested in the actions and decisions that people make every moment. MR

dress by miumiu, sunglasses by ray-ban, her own necklace and bracelet, rings by cc skye