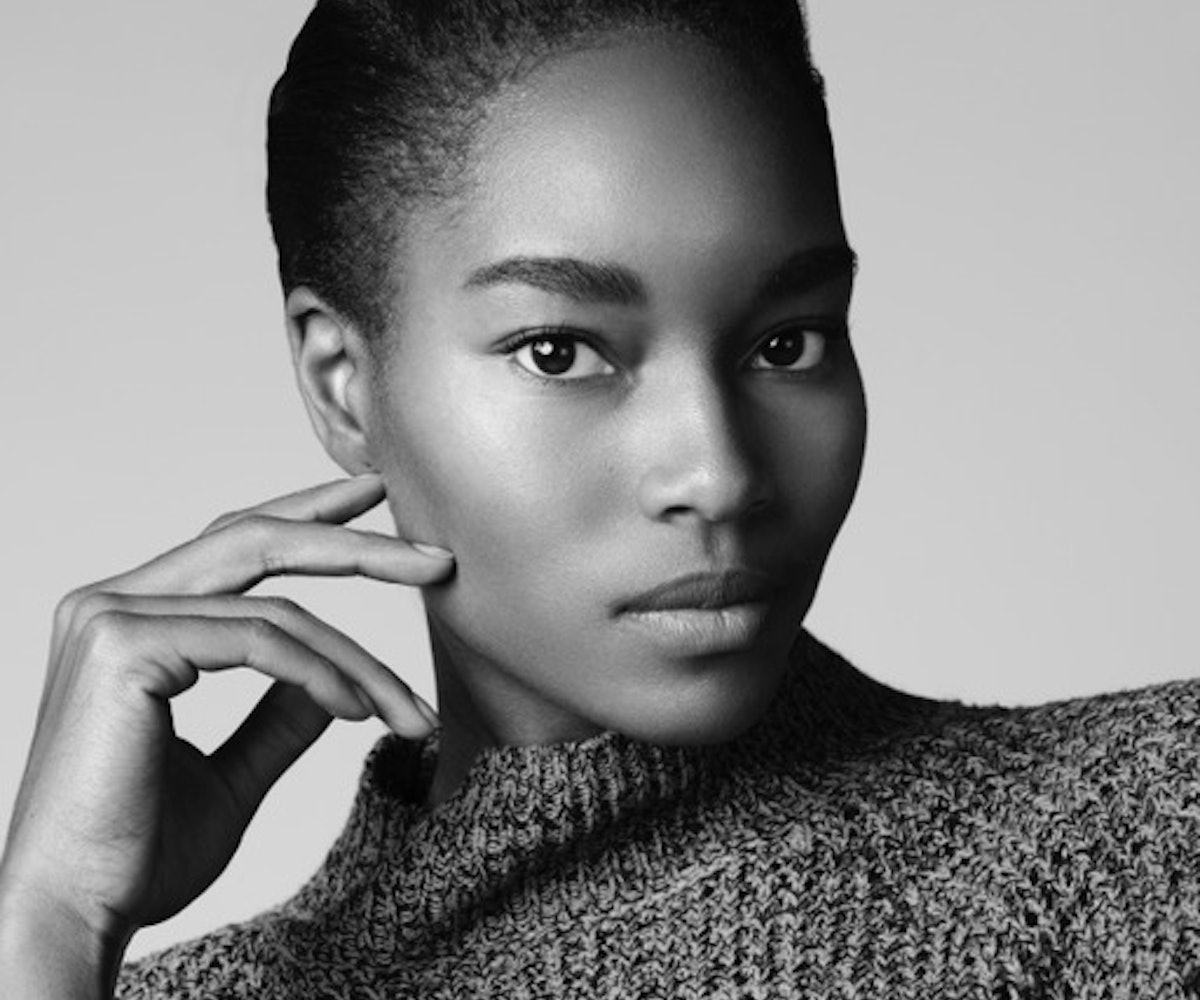 In a 2006 interview about her book On Beauty, author Zadie Smith discussed what Aristotle called “the education of emotions,” the idea that good poetry and good prose are the best instructions on how to live, often serving as a blueprint for navigating the emotional terrain of being human. I don’t know if Damaris Lewis has ever listened to it, but it’s clear she embodies the concept. Lewis answers questions about her personal development in stanzas—as if poetry is her second language—and moves between talking about fashion and philosophy with the ease of a model-scholar. When I ask her if she reads a lot, she rattles off a few authors she's recently enjoyed: Don Miguel Ruiz, Nayyirah Waheed, and Rupi Kaur.

Models often deal with an unfair stigma of superficiality, but the reality is that when physical appearance and external charisma are at the core of your work, your inner life becomes sacred and treasured. Lewis, then, takes as much care of her head and heart as she does her appearance, and like her late mentor and friend Prince, she carries an awareness of the world around her.

“I like to talk, but I’ve been learning to listen. The way I speak is a result of a recent awakening of listening.” She notes that in the age of Instagram and internet oversharing, it can be hard for anyone to unplug long enough to live a life off-screen, but insists that doing so is essential for public figures. “People put everything on Insta story and online now, but the true legends were a mystery... They never gave away their allure.”

And Lewis has a lot of allure. So much so that Prince called her his muse, and huge brands like Sports Illustrated, the NBA, Garnier, Target, and Kohl's have all hired her to represent them. She’s honest about the hard realities of being a model and how being a woman of color in fashion has its difficulties, and stresses the importance of speaking up. “The thing about models like Ajuma Nasenyana and Jessica White [is that] they never held their tongues, which has made it easier for me. So if I notice them lightening me, I’ll say something. Or if they don’t have the right foundation color, I’ll say something. And that makes it easier for the girl who comes behind me because they’re not going to want that to happen again.”

Credit this outspokenness to Lewis' West Indian and Brooklyn, New York, roots. She was just 13 years old performing with a Bed-Stuy dance troupe when a modeling scout gave her his card and told her to have her mother call him. For the first five years of her career, she still lived in housing projects in Coney Island with her parents while she worked. “The thing about location is you don’t have an opinion about it until someone gives it a label, so I didn’t think anything was wrong with where I grew up until people started telling me there was something wrong with it. It wasn’t until I left that I realized how it was viewed.”

Growing up, Lewis went to the Boys and Girls Club and says it’s where she learned what it felt like to be free. While most teenage girls would have jumped into a modeling career with no questions asked, Lewis was steady, insisting that she would only model if she were still allowed to be a kid.

Now a decade into her career, Lewis is still doing things her own way. She got the idea to start her company Gorudo, a "candle concierge" company, after Prince’s death. Candles are a part of her own self-care ritual and she wanted to do something creative that would—literally—light up the world. Lewis makes each candle from all-natural ingredients and already has a lineup of clients. “I want people to have the option of luxury with great ingredients. People are programmed to think natural isn’t luxurious, but gold comes from the earth. Gold is natural. I wanted to create a company based on that.”

In addition to being a model and entrepreneur, Lewis is a youth advocate at Garden of Dreams Foundation, as well as at the Boys and Girls Club of America, thus giving back to the community that gave to her as a child. Lewis says of the kids she works with: “They give me poetry.” And, in turn, she gives her poetry to them—and the world.