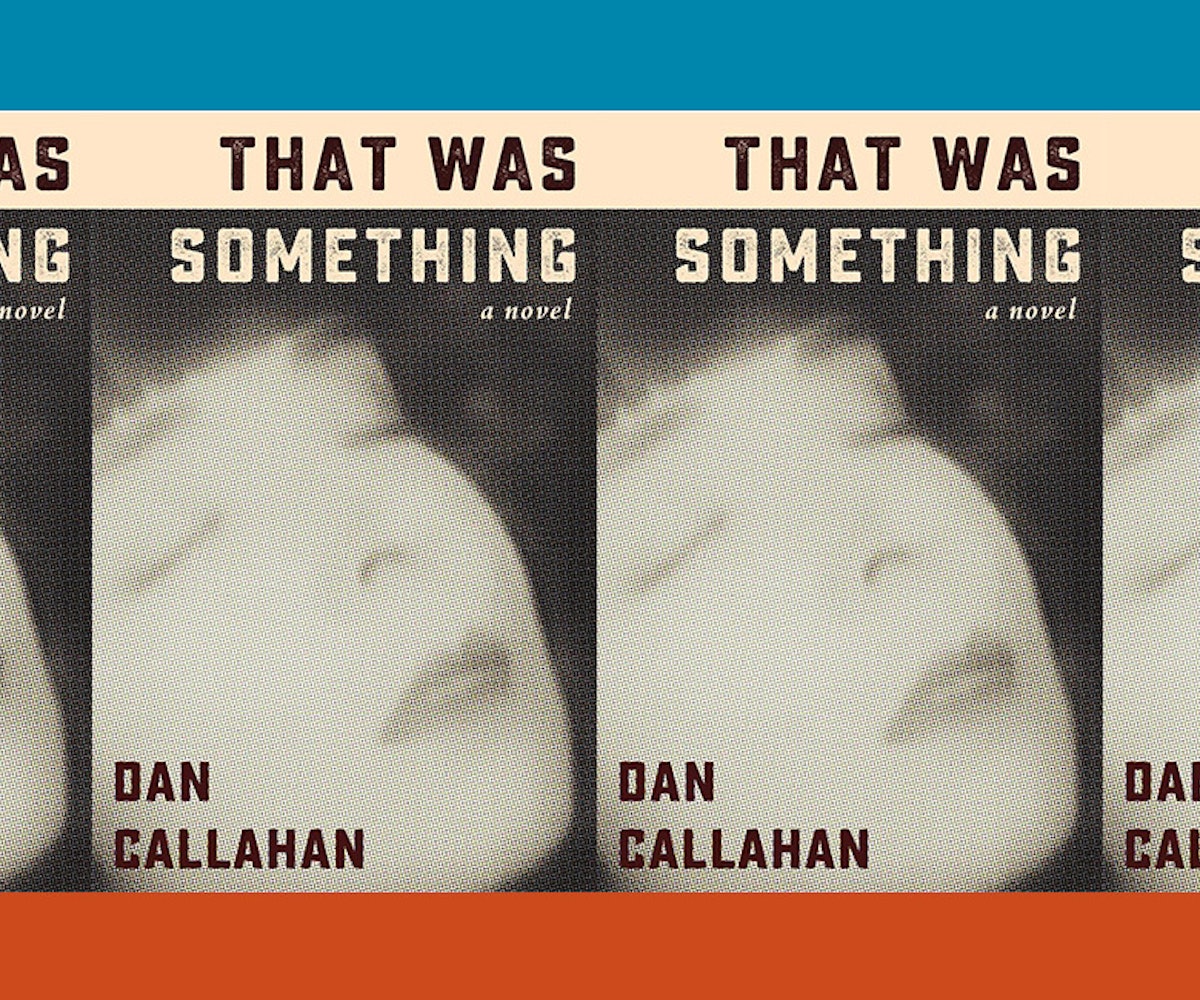 "This was a time—1998, 1999—when you could really get into your own emotions," Dan Callahan said to me over the phone, referencing the era in which his novel, That Was Something, opens. And while '90s nostalgia has run rampant for some time now (as Sarah Nicole Prickett wrote a couple of years ago in T Magazineabout the '90s fashion revival, it "seems to be lasting longer than the actual ’90s"), there is no denying the allure of a world that had yet to be corrupted by social media or plagued by smartphones. And those very last years of the decade were ones that, Callahan told me, were a particularly fertile time to be young and free in New York City; he said, "If you're 18 or 19 at that point and you're in Manhattan, you can go really far with your own feelings for people… Being you, being in love—that intensity of those emotions. You make friends so easily at that age, and you're so intense about it. And then, of course, romantic and sexual things, all of that has a great intensity too."

That Was Something relays that intensity, that specific urgency, of being young and in love and in lust, manipulating the boundaries of your own identity, figuring out what it means to be free. But, wait, because: Even as I write those words, I cringe a little at how romantic they are, how they veer straight toward sentimentality, breaching its borders completely and going straight into sappiness. The thing is, writing well about periods of youthful indulgence and the kind of madcap romances that involve wild nights of running down city streets in the rain is hard, but you wouldn't know that from reading Callahan, who relays this story of young love lost with a stripped-down style and a dry, sometimes biting humor that he wields to great, alternately devastating and uplifting, effect. "I wanted it to be tough," he explained. "The temptation is to be a little sentimental, but a kind of tough nostalgia is what I wanted."

Told by Bobby Quinn, from a perspective of many years in the future, That Was Something revolves around the relationships that Bobby, a cinephile and student at New York University, has with Ben Morrissey, his fellow student and a budding photographer, and Monika Lilac, an enigmatic older woman, a cinephile, too—who also happens to throw some pretty great parties. The three are an unlikely trio, and their attractions for one another shift and evolve into different permutations, although, at the heart of it all is Bobby's very specific love for Ben, who, though straight, has his own strong feelings for Bobby, leading to an intense connection that will resonate within Bobby for years to come—like all our great loves do.

It's this echo, this emotional rattling around, that Callahan captures perhaps better than anyone else I've read; That Was Something isn't in itself nostalgic, but rather wrestles with the idea of nostalgia's worth, and offers readers an understanding of why it's an important thing with which to reckon. Callahan doesn't value remembrance solely for its potential for catharsis, but also for its ability to remind ourselves that those feelings never need to be fully lost, they are always inside of us, waiting to be touched again, even if it hurts.

Callahan said of Bobby, "He's telling the story in retrospect, and so it's like he has lost something, and he's trying to not get it back so much, as figure it out… [He] isn't saying, 'Oh, this guy. He ruined my life.' It is a little bit of that, but it's also, he wants to celebrate his life being ruined, too—it was kind of enjoyable you know."

And maybe that's the part of that time in our lives, and that time in New York City's history, that is the easiest to sentimentalize—once upon a time, it felt safe to welcome devastation. Though he could also have been talking about what it means to be in your late teens and early 20s, Callahan said of that time in the late '90s: "It's right on the cusp of all of that happening. And so, it is a kind of perfect little period where there's not too much going on, particularly. There's a lot about to happen, but the characters can't know that."

It's a utopia of sorts, that Callahan has created in this novel, a queer one that's not a little subversive, but that is all the more perfect for its imperfections—not unlike love, and not unlike life. That Was Something is a novel that takes place mostly in artificially brightened darkness or in the cool gray light of a morning just turning into itself, it has the feeling of wine-soaked conversations, whispers in a blackened movie theatre, right before the film clicks into motion; there is a beautiful in-between quality to it, a feeling like you're getting away with something by just getting the chance to be alive. Reading it feels like remembering your own lost loves or lost lives, how, Callahan said to me, "stolen moments of happiness… really are worth all the rest of the trouble."

That Was Something is available for purchase here.