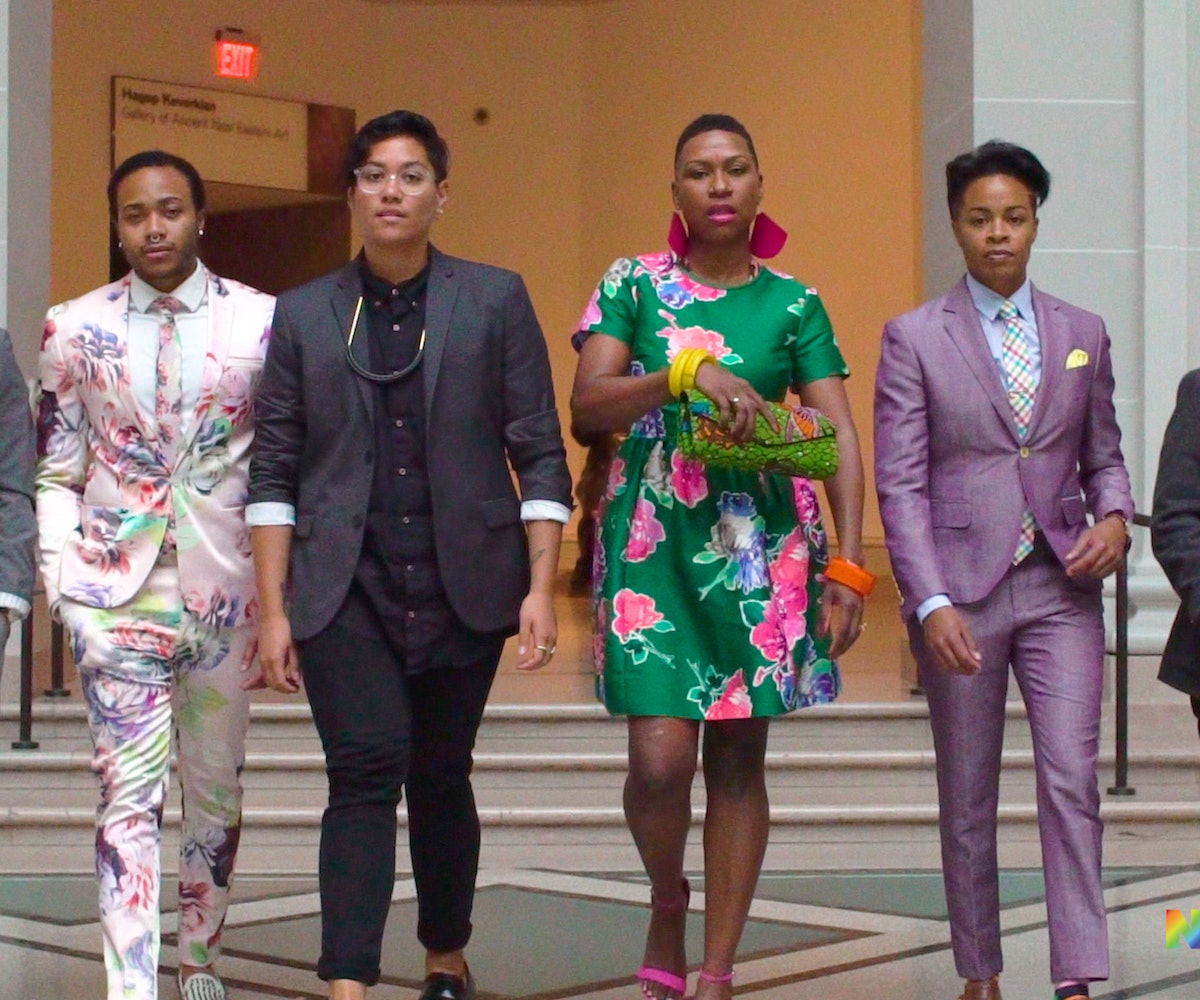 Shantrelle P. Lewis began The Dandy Lion project as a labor of love in order to represent black masculinity in a positive way. And now, seven years later, this work has transformed into a stylish new book, Dandy Lion: The Black Dandy and Street Style, honoring the history and style of the black dandy while creating a crucial space for trans men, masc-centered women, and gender-fluid individuals to express themselves without limits.

"Black joy is subversion and resistance in 2017," says Lewis. "Police are shooting us, regardless if we have on a suit or a dress, regardless if we're educated at Howard University or not. Coming outside with your best on and, like, looking really fly is subversion, is resistance, because, in spite of all of this, I'm alive. Platforms like DandyQ and the Dandy Lion project are creating a space where people can express themselves in a way that's not limiting, in a way that's not oppressive—it always gives somebody else space to be themselves."

Watch the clip, above, and purchase Dandy Lion: The Black Dandy and Street Style, here.