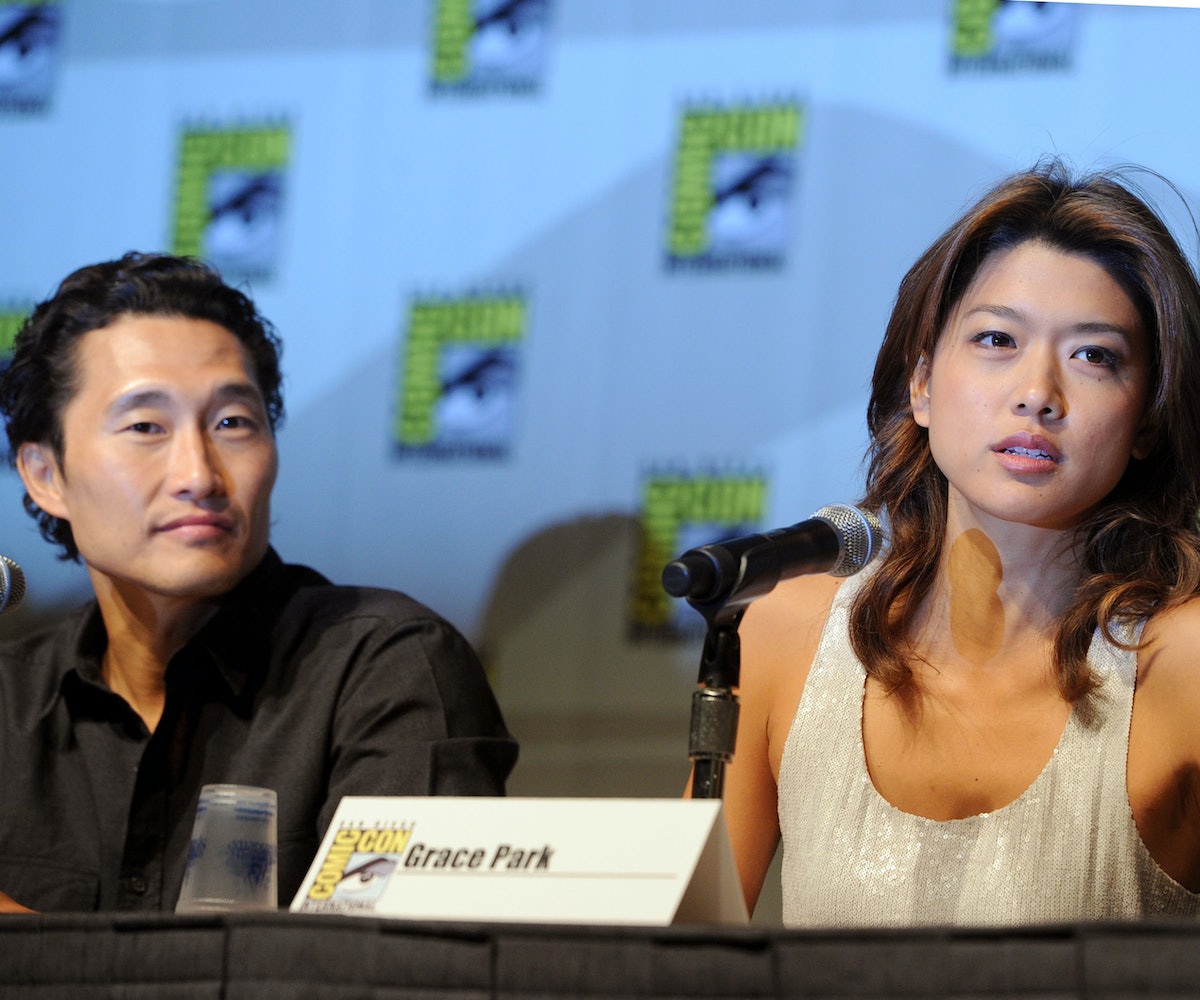 A schism has erupted in TV land that has once again exposed the inequality faced by minority actors—even ones who’ve achieved wild success. Daniel Dae Kim and Grace Park, two of four lead actors on the hit CBS show Hawaii Five-o, have left the series over a salary dispute after seven seasons. After some speculation, Kim confirmed on his Facebook page that he and the network reached an impasse during salary negotiations, when he demanded to earn the same amount as his white co-stars, Alex O’Loughlin and Scott Caan. “As an Asian American actor, I know first-hand how difficult it is to find opportunities at all, let alone play a well developed, three dimensional character like Chin Ho,” he wrote. “I’ll end by saying that though transitions can be difficult, I encourage us all to look beyond the disappointment of this moment to the bigger picture. The path to equality is rarely easy. But I hope you can be excited for the future. I am.”

Technically, Alex O’Loughlin and Scott Caan are the leads of the show, and both of them are being paid more, and had a cut of the backend profits. But Kim and Park have appeared in the same number of episodes, and as the two Asian actors in the central cast, represent the show's link to its Hawaiian setting. When Kim was unable to match his co-stars’ salaries, he decided to leave. (The Hollywood Reporter states that Park had already wanted to be written out of the series.) When it was first reported that Park and Kim were departing the show at the end of last month, CBS issued a statement that said, “We are so appreciative of Daniel and Grace’s enormous talents, professional excellence and the aloha spirit they brought to each and every one of our 168 episodes. They’ve helped us build an exciting new Hawaii Five-0, and we wish them all the best and much success in their next chapters. Mahalo and a hui hou…”

But after the salary dispute became public, CBS changed course and acknowledged that while it offered both Kim and Park raises, it was not prepared to pay them as much as the two white men at the top of the call sheet. "We did not want to lose them and tried very hard to keep them with offers for large and significant salary increases," CBS said in a statement. "While we could not reach an agreement, we part ways with tremendous respect for their talents on screen, as well as their roles as ambassadors for the show off screen, and with hopes to work with them again in the near future."

The trend of actors of color not making as much as their white male co-stars is a disheartening one, but Kim is making waves on the other side of the camera as well. His production company sold the medical drama The Good Doctor to CBS (of all places). The network also plans to address the departure of Kim's and Park's characters in the season eight premiere of the show, although it is currently unclear how.