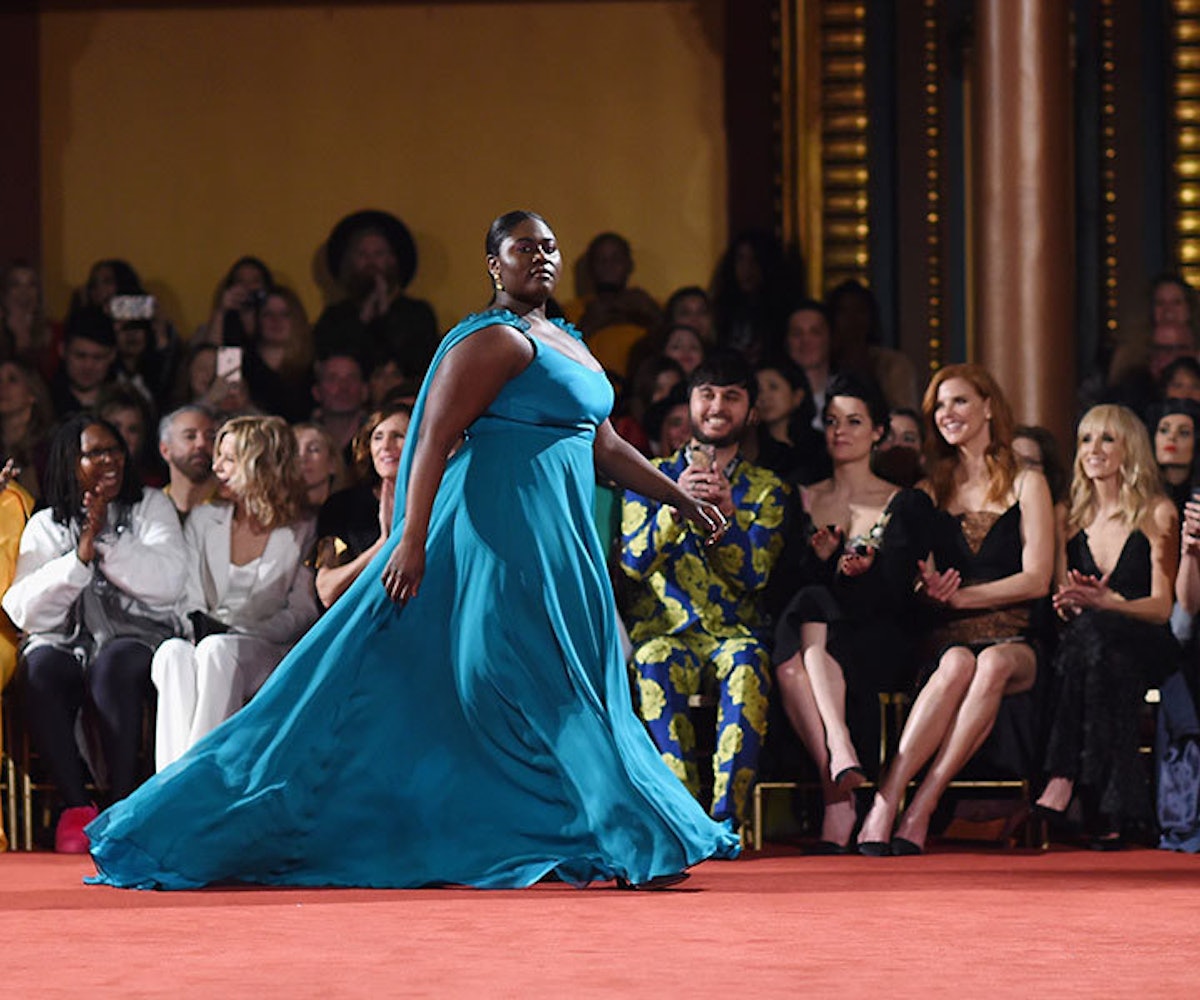 Christian Siriano put the show back in fashion show at his AW 2018 event this weekend. The designer took over The Grand Lodge in New York City's Flatiron District to celebrate a decade's worth of design. With a front row stacked with the likes of Laverne Cox, Cardi B, Meg Ryan, Molly Shannon, and more, it was clear Siriano was about to put on a ceremony.

Little did people know that it would be a star-studded runway, too. Siriano muse Selma Blair worked some magic after Ashley Graham opened (and eventually closed!) the show. It was Danielle Brooks appearance, however, that got the people going. Dressed in a turquoise gown with caped shoulders that almost begged to be twirled around, Brooks shut the runway down with ease, grace, and total regality.

This wasn't Brooks' first foray on the runway, though. She has previously walked in Siriano's show with Lane Bryant in May 2016, outside of the New York Fashion Week scene. This, however, was the actor's first time on an official NYFW runway. No better place to make a debut, too, than in a show as inclusive, diverse, and shamelessly glamorous as Siriano's. This is why representation matters.