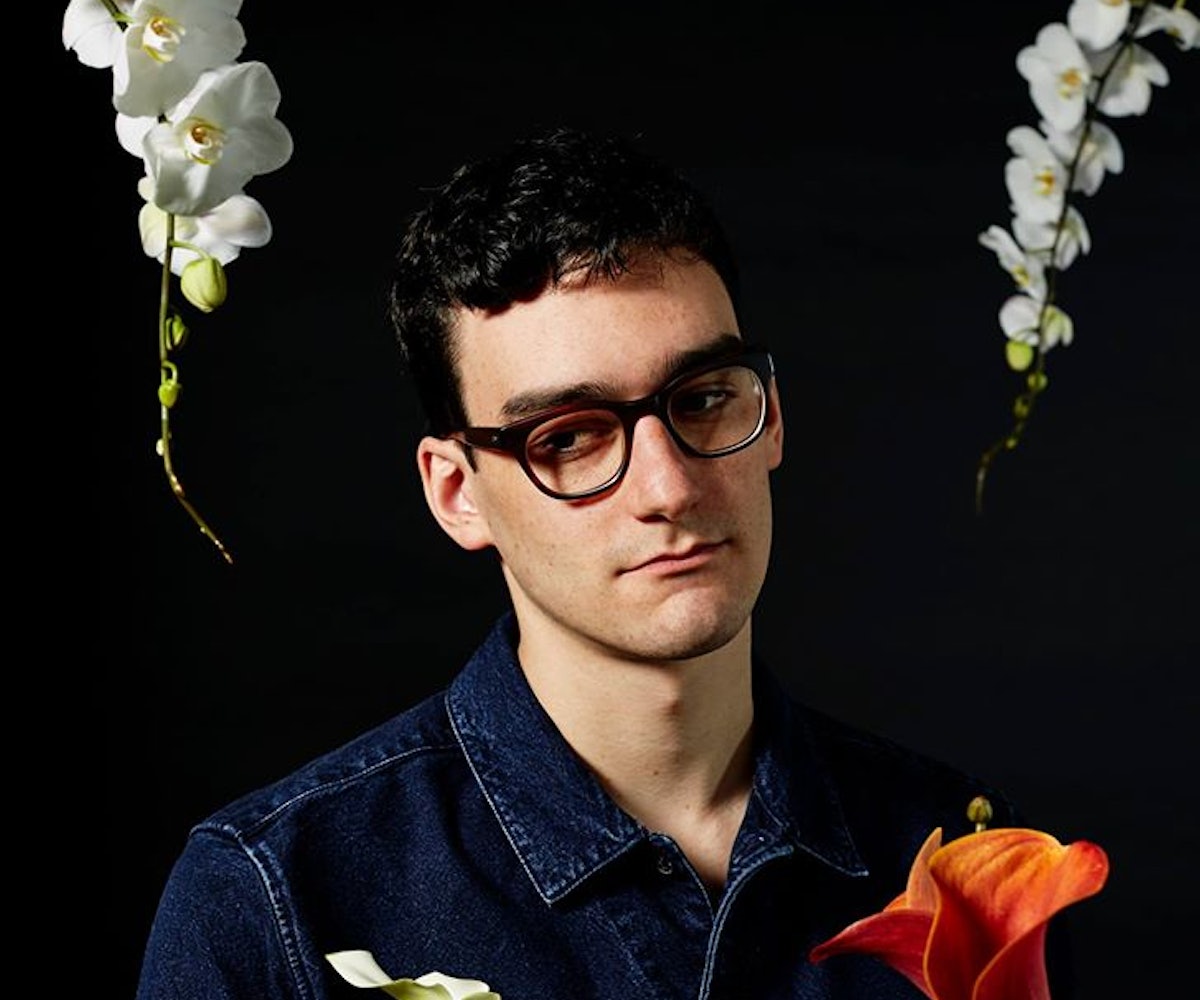 The first time that I was exposed to Danny L Harle was in a behind-the-scenes trailer for Lazy Oaf. His song "Broken Flowers" was playing in the background, and I was immediately drawn in by how pretty it sounded. After that, I couldn't get the song out of my head—I became obsessed. At the same time, I had also started diving deep into SOPHIE, and then QT popped up on my radar. Before I knew it, I was sucked into the wonderful world of PC Music, and I never wanted to go back.

Of all the characters that everyone plays on this team, Harle remained my favorite. Maybe I've always had a thing for nerdier guys, but you can't deny that there's something charming about a guy whose musical inspirations range from Domenico Scarlatti, Thomas Adès, and Max Martin to Timbaland, Quincy Jones, and Seal's “Kiss from a Rose." (Also, once you watch him play this Jungle Survival DJ Challenge, you won't be able to contain yourself.)

Fast-forward to last summer, and I finally got to see some of the heavy hitters of the PC Music gang in action at Baby's All Right in New York. Harle and A.G. Cook had the crowd going wild in the tamest manner possible, and it was the latest I'd wanted to stay out in a long time. As Harle says, "If the music is good, or emotional or interesting, that’s great, but the game is to have fun.”

This past December, Harle officially released his debut Broken Flowers EP. We recently caught up with Harle while he's been spending some time bouncing around studios in Los Angeles, California. (The morning of our Skype call, he informed me that he had accidentally eaten a slice of frozen pizza for the first time.) Learn more about how he found his path in the music industry, below.

You recently released the

EP. The title track originally came out three years ago, and now it’s gotten the major release treatment. How does that feel?

It’s such a massive relief that I’ve played it exactly the way I want it. I’m where I want to be at this point. I could’ve gone in lots of different directions, and I think some of them have ceilings that other people wouldn’t regard as ceilings, depending on the kind of music they make. My specific interest area is making pop music that I personally find interesting and emotional, and maybe with an edge of experimentation. I wouldn’t be interested in making that just in isolation as an artist project that develops and then given a small release, and then put it online in a sly way. I want it to be big, I want it to be huge, and I want as many people to hear it as possible.

I want it to be a big thing that people can relate to, and is crazy, but people still find a way in—I don’t want it to be categorized as just crazy music or sort of weird. For example, with the

Flowers EP, there’s a way in. And then they listen to the other tracks, and then they get a vibe from the entire thing, especially once they hit the last track, “Awake for Hours,” which is a track that I feel is an expression of the idea of "Broken Flowers."

I know that you have a classical music background, so how did you fall into becoming a producer?

I was interested in avant-garde classical music, and I was interested in the concepts involved in that. I realized these abstract principles that you like about music, that sort of gets the genre out of the way. If you just like really good tunes, you can be listening to baroque music or pop music or indie, and classical music. It’s all sort of the same continuum of stuff, just different takes on it. In terms of making pop music, it was sort of strange.

I’d always been making electronic music just for fun, for my own personal amusement, and for my friends—making birthday songs and stuff. But my dad always said, “That’s probably the most interesting stuff you’re making, Dan.” I just took that as an annoying attempt by my dad to try to make me feel good about myself. In fact, turns out he was right. It’s because it was such a casual expression of what I like. Weirdly enough, it didn’t actually occur to me to write it in any of my classical stuff—to really casually just write exactly what I want to hear. Then I realized you’ve got to use that resource in terms of writing music. Otherwise, you can kind of hear it in people’s music when they’re not fully committed, when they don’t have a passion or something to say. I was far more interested with my electronic stuff, and I realized, 'Yeah, I can focus on that.' It wasn’t even a hobby anymore, it was the focus. It was a very strange thing.

I think what everybody does is a similar thing; it’s an interest they feel like is on the side of their life but, in fact, they’re focused on it. They realize that they’re doing something that they are interested in.

A lot of people don’t realize that they’re interested in stuff—they just feel like they do it on the side and they don’t think about it. It was exactly that kind of thing. It was an interesting development.

interest in pop music also grew out of an interest in extremes because you have to be so communicative, and loud, and big. That’s something I liked in all music, so I thought pop music is the best way of doing what I

Can you recall the moment that made you realize that music was your calling? Like this was what you wanted to do with your life?

I got fired. I was working in a shop, and that’s when I realized I can’t really do anything apart from one thing, so I better just work really hard there. That’s what people often say, especially if you’re working in an area of music where there’s not as much of an industry. You should only be doing it if there’s no choice in your own life, and then you’ll be fine, basically. Even if it’s a small universe, for instance with classical stuff or jazz, people have such a passion for it that they couldn’t be doing anything else. The point is if that there is no other option, you should do that. That’s why they make such a pure expression of themselves.