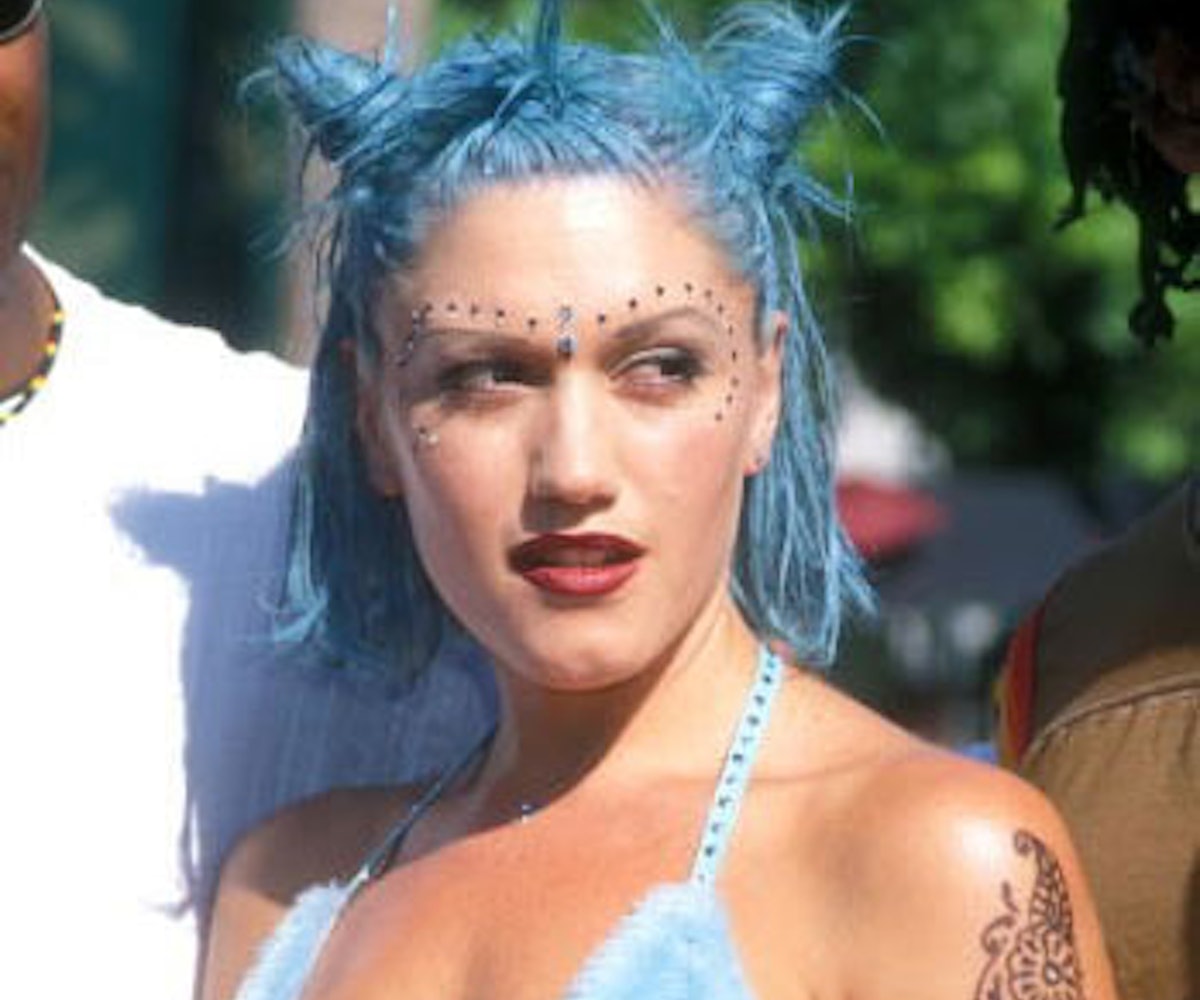 Red carpets can often be a place where each boring hairdo after the next gives you the yawns faster than your math homework. But then there are the audacious women that step onto the red carpet, recognizing it as a place to have fun, experiment, and try out all their freaky beauty desires. These ladies bring the color—hell, they bring the rainbow—and braids, knots, mohawks, and spikes.

Across generations, these intrepid women all made the decision to turn their backs on basicness, and that's something we always applaud. Click through to see our favorites.

Why not start out this list with the one and only, Ri Ri? The "Rude Boy" singer is never basic on the red carpet, but her 2011 Met Gala hair took things up a notch. With Little Mermaid-colored locks and a Rapunzel-long braid, all our Disney hair dreams have come true.

Taylor Swift's arch-nemesis sported an interesting Smurf-meets-Danny Zuko 'do at the Echo Awards back in 2012.

The "Feeling Myself" rapper rocked rainbow-colored locks for the 2012 VMAs. Topped off with black, police-style hat, naturally.

Dame Helen Mirren can do no wrong, and her light pink hue at the 2013 British Academy Awards proves just that.

Selena Gomez took to the MTV Movie Awards red carpet back in 2013 sporting the braid of all braids.

The British goddess adorned her hair with a prickly, gold headpiece that looked like it could take out an eye at the 2013 Met Gala themed 'Punk: Chaos to Couture.'

At the same event, the Paper magazine cover star went for a super spiked-out look.

The Girl With The Dragon Tattoo star looks very french and almost futuristic with clean, side-swept bangs and a neat bun while attending the Los Angelas Film Festival back in 2013.

Will Smith's other half rocks a sexy updo with the sides shaved for an Equality Now event in 2013.

The popstar, who recently opened up about her struggles with body image, clearly took a note out of Nicki's book for her 2014 VMA look.

The newly announced X Factor UK judge opted for this funky, double top-knot 'do back at a Fashion Rocks event last year.

The singer then went for a an interesting shell-shaped bun with a single braid detailing for Z100's Jinge Ball last December.

The queen of cool wears her bangs in thin twists held with intricate gold beads for the Barclaycard Mercury Prize Nominations Launch in 2014.

Game of Thrones fans can't forget when the beautiful actress stepped on the red carpet at the SAG Awards last year with half her head shaved.

The former Fashion Police co-host is no stranger to strange dos, but her lavender mohawk is quite a daring look. And quite frankly, we love it.

The "Fuck You" singer sports a pretty dope (there's no other word) 'do for the British Film Academy Awards last year.

There's a reason Amy Poehler named her baby Stefani after the No Doubt singer in Baby Mama. This hairstyle at the 1998 VMAs is exactly that reason, I presume.

You thought you'd seen the last of Twigs, but here she is again and your girl doesn't disappoint. The "Water Me" singer sports no ordinary updo at the Brit Awards this year. Rob Pattinson's lady told The Cut that her overall look was inspired by John Galliano's 1996 runway show.

The G.I. Jane actress looked so ballin' with a shaved head back 1996, we don't blame her daughter, Tallulah Willis, for wanting to copy the look.

Kate, otherwise known as Red, sports locks that are true to her character's name at a fan event last week.

The Pussycat Doll opted for a bangin', futuristic 'do for the Capital Radio Jingle Ball in 2010.