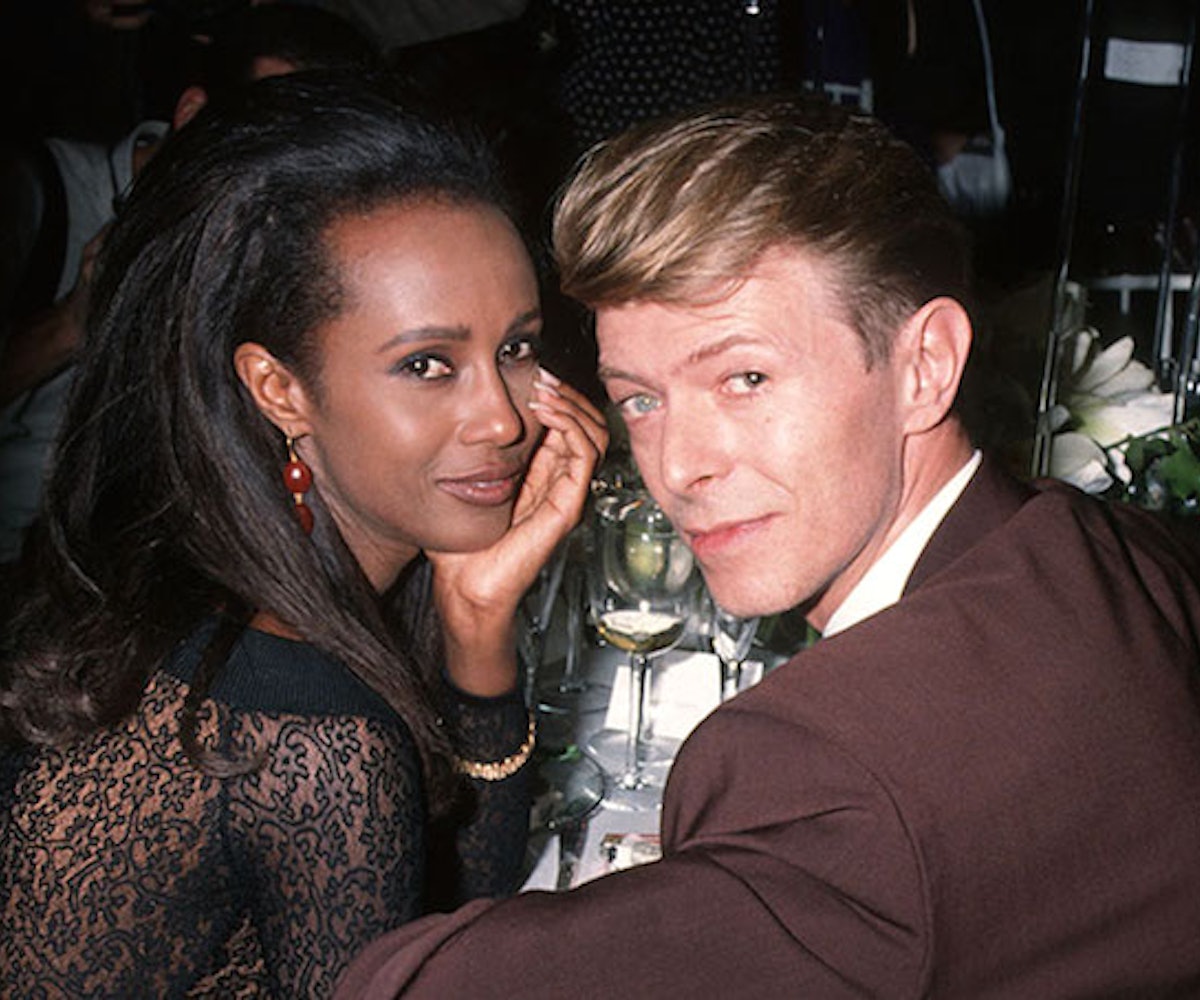 From the time they started dating in the late ‘80s all the way until his passing this week, Iman and David Bowie were among the most beautiful, beguiling couples to grace our red carpets. They seemed to fit each other like a pair of very luxe gloves, beaming out smiles and love wherever they were photographed.

There’s just not enough we could say about these two and what they did for the viability and acceptance of multiracial couples in Western culture. Instead, we’ll just show you this slideshow of a few of their most beautiful public moments in a long love story that produced one child—Alexandria Zahra Jones—and a lifetime of memories.

Together as Bowie receives his star on the Hollywood Walk of Fame in 1997.

At the New York premiere of Hannibal in 2001.

At the amFAR Benefit Honors Gala in 2003.

At the Metropolitan Museum of Art Costume Institute Benefit Gala in 2003.

At the Vanity Fair party during the 2008 Tribeca Film Festival in New York.

At the DKMS Annual Gala with Rihanna in 2011.

At the Film Society Of Lincoln Center Tribute To Susan Sarandon in 2003.