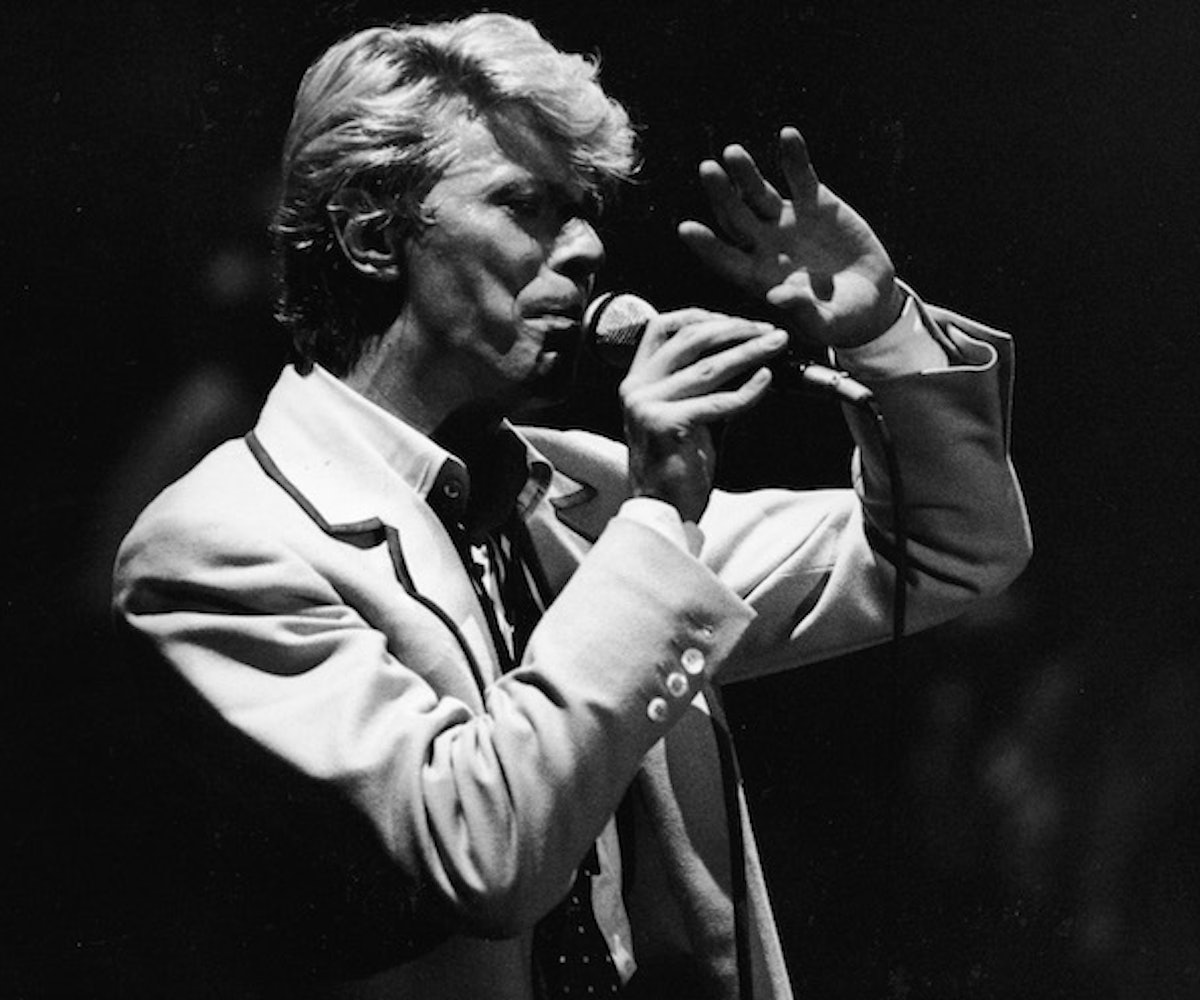 There’s a lot that has been written and a lot to read about David Bowie today. Tributes are everywhere. One piece of Bowie ephemera that’s bubbled up in the wake of the legendary musician’s passing is particularly touching, revealing, and worth a pause.

In 1967, Bowie penned this response to a fan letter from 14-year-old Sandra Dodd in New Mexico, who apparently sent him his first bit of United States-based fan mail. This gracious reply not only shows us Bowie at the cusp of international stardom, but captures the charm, kindness, and generosity he was known for throughout his life. It underlines that not only did we lose a great artist, innovator, and icon last night, but a great person as well.

We present it to you in its entirety without comment as it truly requires none. Read and remember.

When I called in this, my manager’s office, a few moments ago I was handed my very first American fan letter – and it was from you. I was so pleased that I had to sit down and type an immediate reply, even though Ken is shouting at me to get on with a script he badly needs. That can wiat (wi-at? That’s a new English word which means wait).

I’ve been waiting for some reaction to the album from American listeners. There were reviews in Billboard and Cash Box, but they were by professional critics and they rarely reflect the opinions of the public. The critics were very flattering however. They even liked the single “Love You Till Tuesday”. I’ve got a copy of the American album and they’ve printed the picture a little yellow. I’m really not that blond. I think the picture on the back is more ‘me’. Hope you like those enclosed.

In answer to your questions, my real name is David Jones and I don’t have to tell you why I changed it. “Nobody’s going to make a monkey out of you” said my manager. My birthday is January 8th and I guess I’m 5’10”. There is a Fan Club here in England, but if things go well in the States then we’ll have one there I suppose. It’s a little early to even think about it.

I hope one day to get to America. My manager tells me lots about it as he has been there many times with other acts he manages. I was watching an old film on TV the other night called “No Down Payment” a great film, but rather depressing if it is a true reflection of The American Way Of Life. However, shortly after that they showed a documentary about Robert Frost the American poet, filmed mainly at his home in Vermont, and that evened the score. I am sure that that is nearer the real America. I made my first movie last week. Just a fifteen minutes short, but it gave me some good experience for a full length deal I have starting in January.

Thank you for being so kind as to write to me and do please write again and let me know some more about yourself.