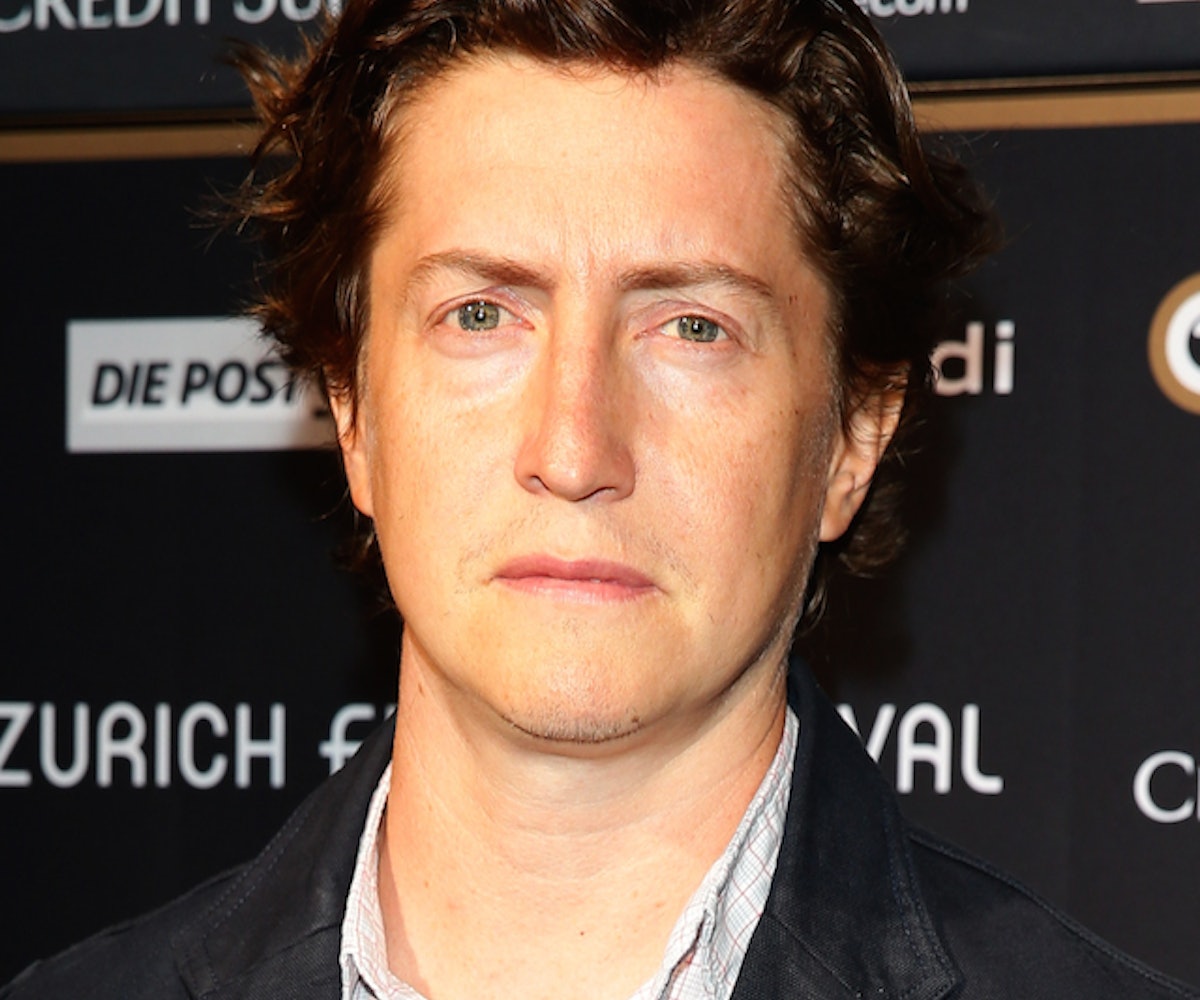 Texan auteur David Gordon Green is one of the few directors whose films you can simultaneously find on the shelves of art house collectors and spooning a bean bag chair in a college dorm. The versatile storyteller first became a film fest darling with the introspective indie dramas George Washington and All The Real Girls, before subverting expectations with cult comedy curiosities like Pineapple Express and The Sitter, and serving as a producer and director on HBO’s Eastbound & Down. But whether the genre is drama, comedy, or thriller, his films are all uniquely defined by desperate characters struggling to find meaning in a world that really just doesn’t give a shit.

After guiding Nicolas Cage through one of his rawest and most critically lauded performances in last year's Joe, Green has returned to the melancholy and meditative tone that first announced him as a major cinematic voice. His latest film, Manglehorn, stars Al Pacino as a curmudgeonly locksmith who’s trapped in his lovelorn past. It also has a cat, Holly Hunter, and Harmony Korine, and like most of Green’s films, its plot sounds more like a headline from a small-town paper than an evening at the movies. But it’s through these simple set-ups that Green provokes the disquiet of everyday people and stokes the emotional complexity required to elevate their stories into delicate slices of cinema. On a call with David Gordon Green, I met both sides of the filmmaker: the contemplative philosopher, and the easygoing dude that just wants to stay up all night joking around and watching horror movies.

When you start doing publicity for a film months after completing it, how do you get back into the headspace of it?

I usually re-watch it and see where I’m at. I’ve done a lot of festivals like Venice, Toronto, SXSW, and a bunch of regional festivals as well. It’s a good conversation piece so there hasn’t been a loss for words yet.

Do you return to your work often?

I always think about it. I always want to but I very rarely do. Every now and then I’ll give a talk at a college or something and the professor will play something that I find interesting and I’ll go check it out and see what’s up so I can speak intelligently about it, but I’m usually so busy making stuff and looking towards what’s next that I don’t really look back too much.

Manglehorn rounds out three films from you with fractured males as the subject. What’s your obsession with this thematic material?

I like the concept of these seemingly everyday working class guys struggling with masculinity and their place in culture. It even goes beyond these movies to guys like Danny McBride’s character in Eastbound & Down. They’re all characters that aren’t easily likeable, that all have some despicable qualities to them, and then the challenge for me as a director is trying to find some sort of emotion that makes them not only engaging, but strangely lovable.

What did you see endearing about the character of Manglehorn?

I think he’s one of the most emotionally electric characters I’ve ever worked with. He’s just a guy who lives down the street and keeps his curtains closed because he’s afraid of more input or personal connection. He’s afraid of getting close because he knows what he’s capable of. It disguises itself as anger or frustration but at any point he’s ready to pop, he’s ready to express himself and afraid of what that love could do.

After working with Nic Cage and now Al Pacino, do you find you’ve become drawn towards great actors who aren’t necessarily in their prime?

I like actors who are at a place that will make themselves vulnerable to my weird suggestions. Sometimes that’s actors who are up-and-comers and new and energetic and fearless, or sometimes that’s actors at their height of their career. I’m just finishing up a movie with Sandra Bullock (Our Brand Is Crisis), and have found an amazingly creative place that someone of her calibre would trust me and we could safely go to dangerous places. Then there are people like Al and Nic who are incredibly accomplished and looking for reinvention and directors to challenge them. I love that I get to be that guy.

After working with greats like Cage and Pacino, is there anyone who could intimidate you to work with?

A lot of people have their reputation, but I’ve never worked with a diva or asshole before. I love the folks that I’ve had the opportunity to work with and sad that I’ll never get to meet people like Richard Pryor. There are obviously iconic, genius actors that I don’t get to play with. I’d worked with Phillip Seymour Hoffman a little bit but never got him in a movie. We’d talked about a few things and that’s a guy that is so magnetic and majestic and powerful and I was so excited to someday work with him, but at the same time, would be totally terrified in a fun way!

Manglehorn is quite an experimental film. What were you hoping to accomplish through it?

Just to get inside the head of a difficult man. In some ways, it’s a warning to myself in older age not to get too caught up in the preciousness of the past. I tend to romanticize experiences and loves of the past, and it’s reassuring to think of characters breaking through their shells and evolving with the world around them and learning to play along.

Which films do you think informed your choices on Manglehorn the most?

Probably Harry and Tonto and Scarecrow, this one didn’t really have too many reference points. What I love about Robert Altman movies is they have over lapping dialogue, so we kind of took that concept and amplified it even more. But I’d never seen the same guy talking at the same time to himself. I was just trying to clutter up the images and the audio of this movie to give a kind of internal chaos. I’m usually pretty good at citing inspirational references from certain movies, but this one doesn’t really have too many.

You seem to do your films in series; it was three indies, then three comedies, and now these three character driven pieces. What guides this direction in your projects and how do you choose them?

It’s a tough thing to say. Someone was asking what the Sandra Bullock movie started, and if I would be doing three feminist movies in a row, and that’d be cool, so maybe! It’s just kind of what I wake up and want to exercise and what I want to do. A lot of it is who do I want to listen to and who do I want to work with. It’s a little less engineered.

You were attached to a Suspiria remake for sometime. Is horror still a genre you’re waiting to get to?

I would love to do it. I’d love to do a horror movie. I just had breakfast with the producers of Suspiria last week and I think they’re doing something different with it that sounds pretty awesome, so I’m hoping that gets off the ground, but I’m not involved in that one. It’s tough to find a good horror script. Those are really hard to write and I don’t have any I’ve found in that genre but I’d still love to tackle it.

What kind of horror film would you want to make? What did you love growing up?

Oh man, you name it. I saw all that shit. I loved old Cronenberg, weird shit like Toxic Avenger, campy shit like that. I liked fucked up stuff as a kid. Anything John Carpenter did, I loved. Black Christmas, Toolbox Murders, original Chainsaw Massacre, all amazing. I could talk some grizzly shit all night.

Now all these films are been re-made. What’s your take on remake culture in Hollywood?

I find that people who get really frustrated by remakes are looking at movies that they were discovering in their teenage years, and those are the movies that are really helping you form your impression of movies. So I think people get really defensive of the way that it used to be. If anything, a remake is just a property that gives you an inherent value to start making a movie, but if you were to pitch Big Trouble in Little China as its own concept, it would be a hard thing to get made because it's not an obvious sell. But by virtue of its own unoriginality, it has a value. You could call a movie Haunted House or you could call it Poltergeist—which one is more valuable? The marquee already has resonance. It’s frustrating, but I see it from a business perspective making semi-logical sense. From a creative perspective, when I was making an Icelandic film into Prince Avalanche, I just thought it was funny. I was like, I’m going to watch this guy’s movie, plagiarize the stuff that I think is applicable, and then reinvent things that I’d like to do in my own version, and that was a really fun process. I would absolutely love to see someone remake any of my movies because I think it’s a hilarious concept.