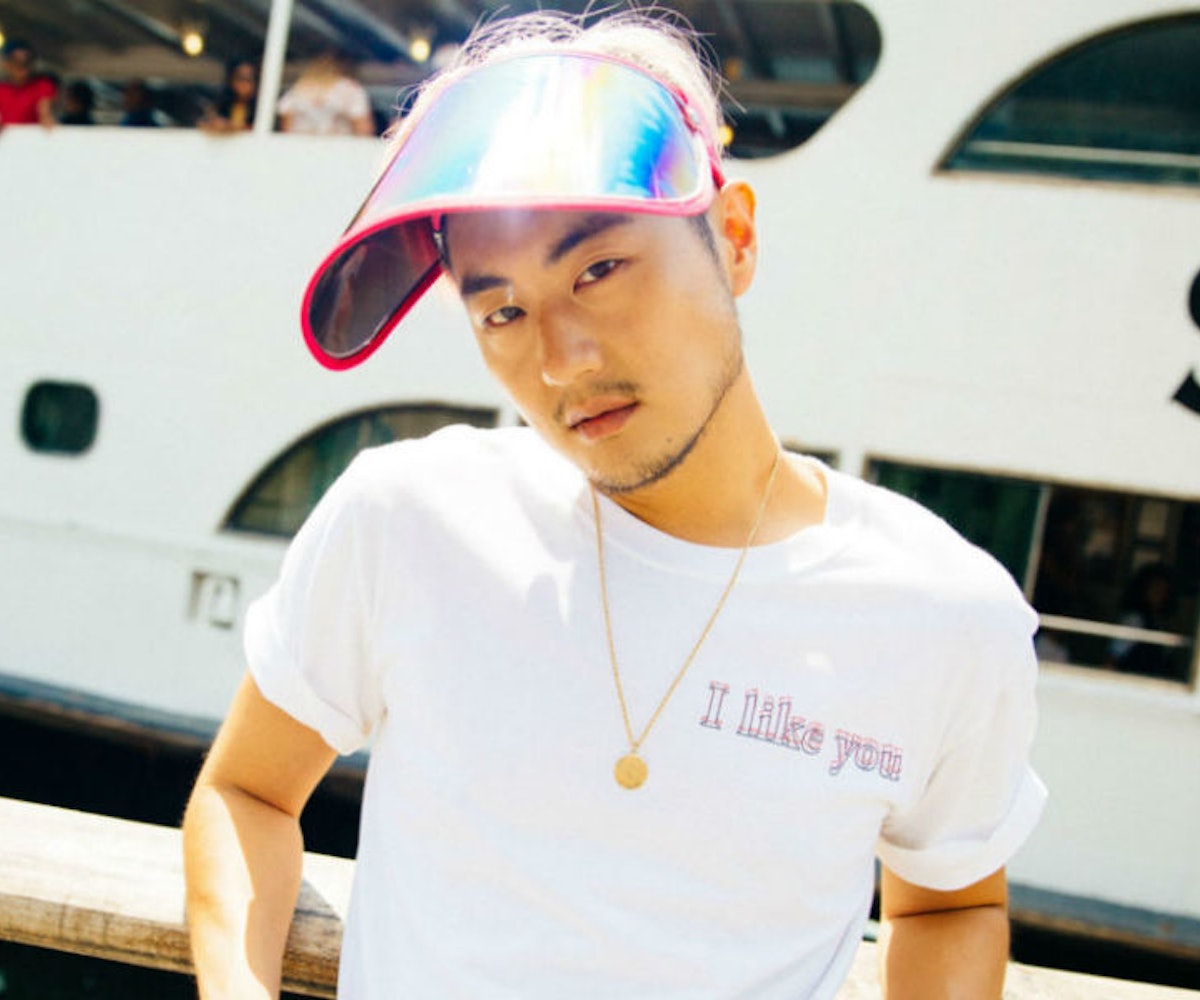 Growing up in Colorado Springs, Colorado, David Yi was surrounded by a sea of white… people. Instead of assimilating, like some might, he did the opposite. He embraced his Korean roots as a means of empowerment. He listened to K-pop music before it was the force that it is today; he watched Korean dramas; he practiced writing and speaking in Korean. He held on to his culture, which helped him through his younger years. He was also passionate about music. He’s played the piano since he was five and sang at church when he was younger. Both combined would help manifest his teenage dream of becoming a K-pop star.

Ahead, he guides us through his journey, the pressures of the industry, why he ended up walking away, and how his defunct K-pop career, in a way, led him to start his beauty company, Very Good Light.

When Yi first decided he wanted to pursue K-pop stardom, he would practice in front of his parents before bed and pretend he was auditioning for major record labels. Fast-forward a couple of months, and he was doing just that at only 14 years old. “My parents were like, 'The sooner you go to Seoul and get this out of your system, the sooner you’ll fail, and you’ll just become a responsible young adult,'” Yi says laughing. His dad would tell him: “In the country, you think you’re special, but when you go to the city, you’re just gonna find that everyone is similar to you.”

On the audition process

He went to Seoul by himself and was there for four weeks auditioning for major record labels like S.M. Entertainment and JYP Entertainment. The process included three stages: singing, dancing, and posing. Yi divulges: “You go in, they film you singing a song a capella, they film you dancing to a track, and then they want to see you modeling for a camera.” Then, you either move on to the next round and the record labels express that they’re interested in pursuing you, or you’re dismissed.

On the not-so-fun parts of the audition process

Long story short: Yi, at 14, ended up turning the label down because he was: “(1) deathly scared of leaving my home forever (2) signing an 11-year contract and (3) I just didn’t think it was the right time.” He pursued stardom again at 18 after auditioning for a K-pop singing competition in L.A. that was sponsored by S.M. Entertainment. He says he was asked to come and privately audition where he went through the same singing, dancing, and posing process. But, he says, what ultimately turned him off—and why he ended his pursuit—was the criticism he received. “I remember them telling me that I was a little overweight and that my right side was more attractive than my left,” he says. “I think that, in some ways, they were really homophobic, too, because they were like, ‘You can’t say it that way, that’s too feminine.’” Ultimately, he didn’t want to shed who he was to become something they wanted to mold him into. So, he shut that door and hasn’t looked back.

On the pressures K-pop artists are under

“These young stars are under immense scrutiny,” Yi says, from the record labels, first and foremost, noting that once you enter into training, “you’re locked down, you lose your freedom.” But artists also receive criticism from people behind screens who like to express their unsolicited opinions. “The online community in Korea is like no other in the world—they’re critical, they’re very vicious—which is why, now, the Korean government has this law where you can sue people for slander and for bullying online.” He notes that these kinds of measures are necessary because a lot of K-pop stars become mentally and emotionally affected.

Referring to SHINee’s Kim Jong-hyun, who died late last year by suspected suicide, Yi says: “He was never at the level that he wanted to be and I think that, in the K-pop system, where everyone kind of looks alike, and sings the same song, and has the same choreography, the competition is way too fierce, and there’s not a lot of variety.” He says that they become androids of sort. “Everyone’s perfect at dancing, singing, looks perfect, is styled perfect, so, to be a little imperfect, or to want to be different, is close to impossible.”

On his optimism that the industry can improve

“I think that with more individuality, and with more pushing, that it's definitely going to help with these mental health issues… once they're able to be themselves and be more authentic and be individualistic, I think that'll only do good.” He shouts out Marshall Bang, who became the first singer in Korea to debut as an openly gay musician.

On how he continues to keep K-pop in his life

After college, Yi pursued a career in journalism, and brought his love of K-pop with him. “When I was at the  New York Daily News, I put Girls’ Generation on the front cover. I also did a big profile on Wonder Girls. I was the first journalist to write about CL, and that was for Elle. And, so, ironically, though I didn’t become a professional entertainer, I was still very much immersed in this K-pop realm.”

In a not as direct way, his company, Very Good Light, can also be linked back to his first love, music. The website’s aim is to make guys’ interest in beauty the norm, which is also what K-pop artists are helping to do, too. “I think that Very Good Light came from this need for all guys to express themselves in their own authentic ways,” Yi says. “Maybe, in a lot of ways, a lot of South Korean K-pop stars still can't, but, similarly, a lot of ways that American boys can't as well, and so I think that we can find that happy medium, and we, hopefully, can be a place for all types of guys to have safe spaces to express who they are.”