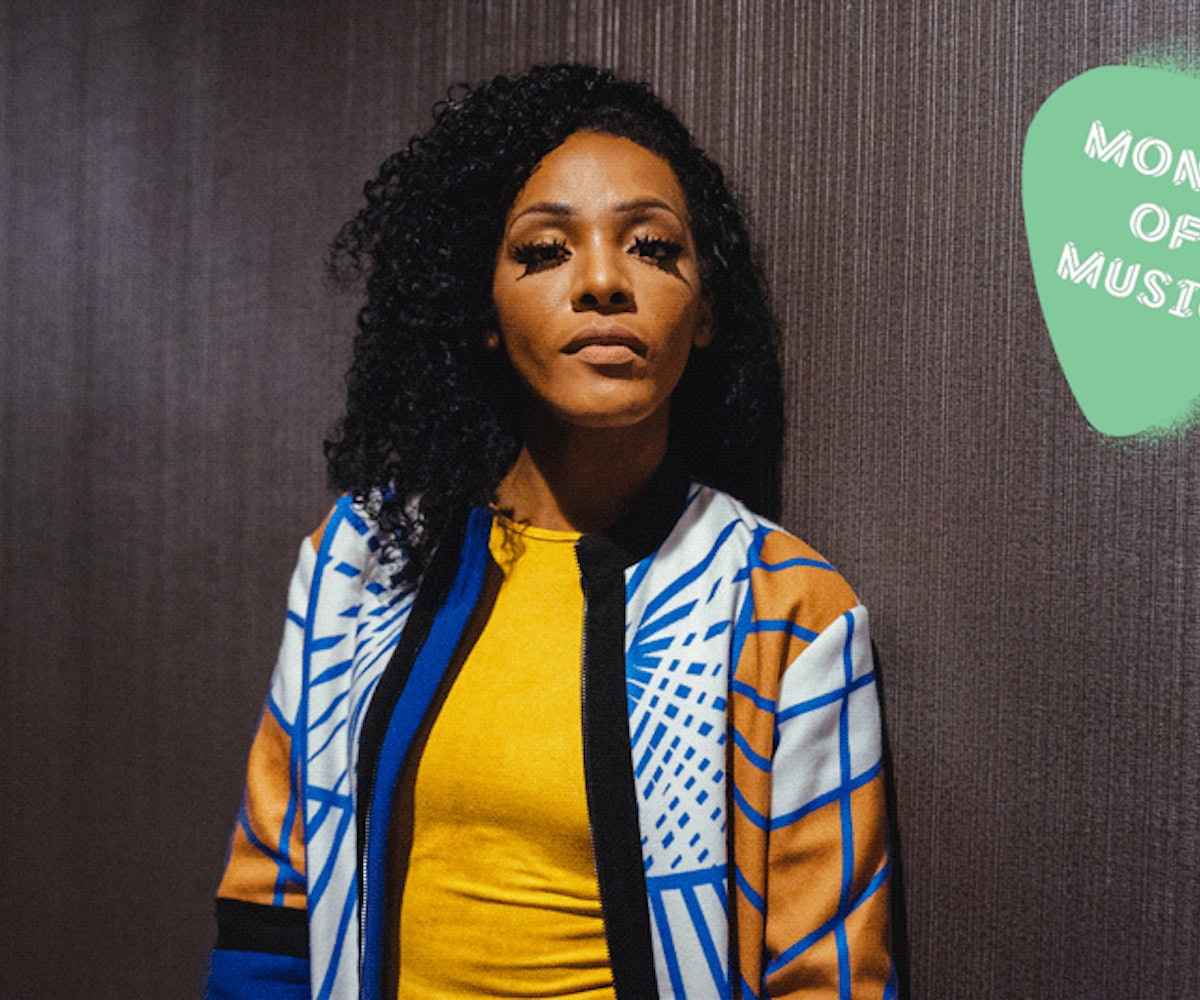 Dawn Richard is getting ready to complete her trilogy. Since 2013, Richard—better known as D∆WN—has been releasing a steady stream of projects that span a variety of genres: dance, EDM, pop, R&B, soul. She's a future-thinker deeply rooted in the past. Her music is unabashedly hers. After a few years in Danity Kane, Richard's liberation has been a pleasure to watch, listen to, and experience. It's clear she's the one calling the shots. Her third and final installment, RED*emp*tion, is slated to drop later this year and is already shaping up to be something celebratory—a cosmic celebration, even. What happens after redemption, though? For Richard, new and greater heights. Behold: the dawn of D∆WN.

“Calypso.” It’s super high energy. It’s super fast—like over 160 beats per minute. Super, super dance-y. If I can shake my ass while I get ready, that’s always a plus.

I’d have to say “Blow.” There’s some cockiness to it. If you’re doing me time, you might as well be cocky about yourself.

Otis Redding’s “Dreams To Remember.” I have it tattooed on me. They’re the first and only lyrics I’ve tattooed. His voice does something to me. My dad introduced me to a lot of artists because my tone was very different, as a kid. It was really raspy, really harsh, soulful, blues. I thought my voice sucked. When you’re a little girl and you hear all these women sing these high notes, I thought, “What? Why do I sound like a bear?” My dad told me, “I think you should listen to this artist and hear how great he is.” I fell in love with that sound, that tone, that raspiness. I always say he sounds like a cigar smoking, whisky drinker. Melissa Etheridge also reminds me of that.

Prince. And Jimi Hendrix would play along. They’d be a band, chest hair out, tight pants. It’d be great. Afros. Perms. So good.

There’s only one person that has starstruck me. It was Björk. She will go down in history. No one else will do it for me. I went to see her at the Hollywood Bowl. I should not have been in public, the way I acted. It was too much. I didn’t believe in that shit, but she had this thing on her head and this look. She looked like an alien. It was awesome.

Liquor. [Laughs.] No. But really, though, a drink, a fireplace, and a good book.

What book are you reading right now?

Rich Bitch. It’s a finance book. I like it. It has an interesting, female perspective on finance. I love business. I love money management. The way Nicole Lapin broke it down was layman, relatable.