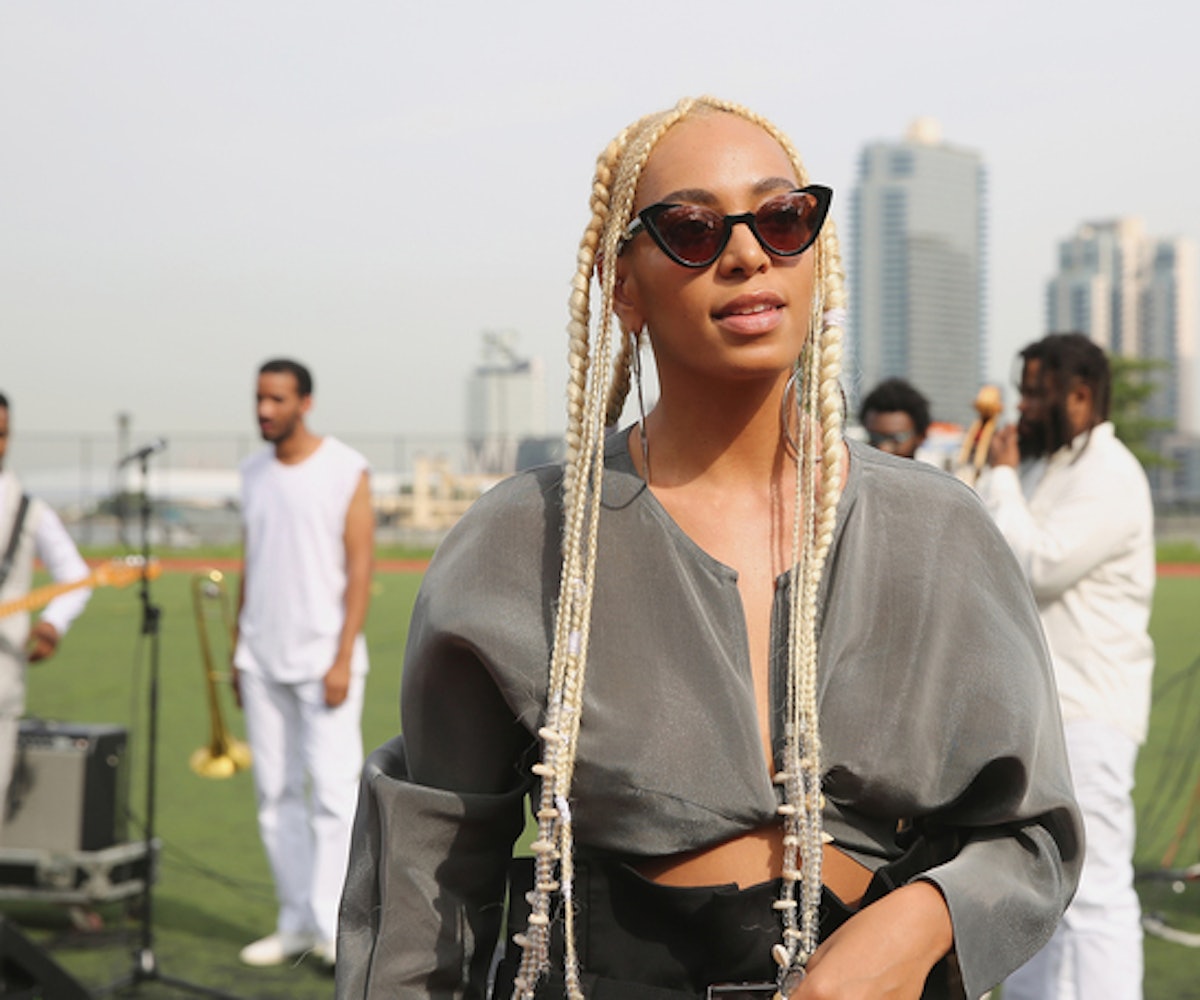 The visually immersive art and music festival Day For Night has just announced its 2017 lineup, and it's kind of a jaw-dropper. The weekend-long festival will include performances from St. Vincent, Tyler, The Creator, Solange, and Nine Inch Nails—just to name a few—and a portion of the ticket proceeds will be going to the Greater Houston Community Foundation in solidarity with the recent Hurricane Harvey floods. Cardi B, Cashmere Cat, and James Blake will also be performing, so you definitely won't want to miss this one.

Day For Night sets itself apart from other popular music festivals by including several art installations and special appearances by industry creatives from all around the globe. This year, they've invited LGBTQIA advocate Chelsea Manning, visual artist Ryoji Ikeda, holographer Matthew Schreiber, and more, to perform and speak about art, technology, and activism in the modern age. All in all, the event is not just a music festival but also a cultural symposium, making for a weekend that's sure to remedy the soul.

The third annual Day For Night festival runs from December 15 to 17 in the 1.5 million square foot indoor-outdoor PostHTX in Houston, Texas. This year, Day For Night is offering three types of tickets: Friday tickets focusing on talks and discussions with activists, General Admission Saturday-Sunday tickets focusing on art and music performances, and VIP tickets that offer access to all three days as well as other on-site perks. You can check out the full lineup and purchase tickets here.