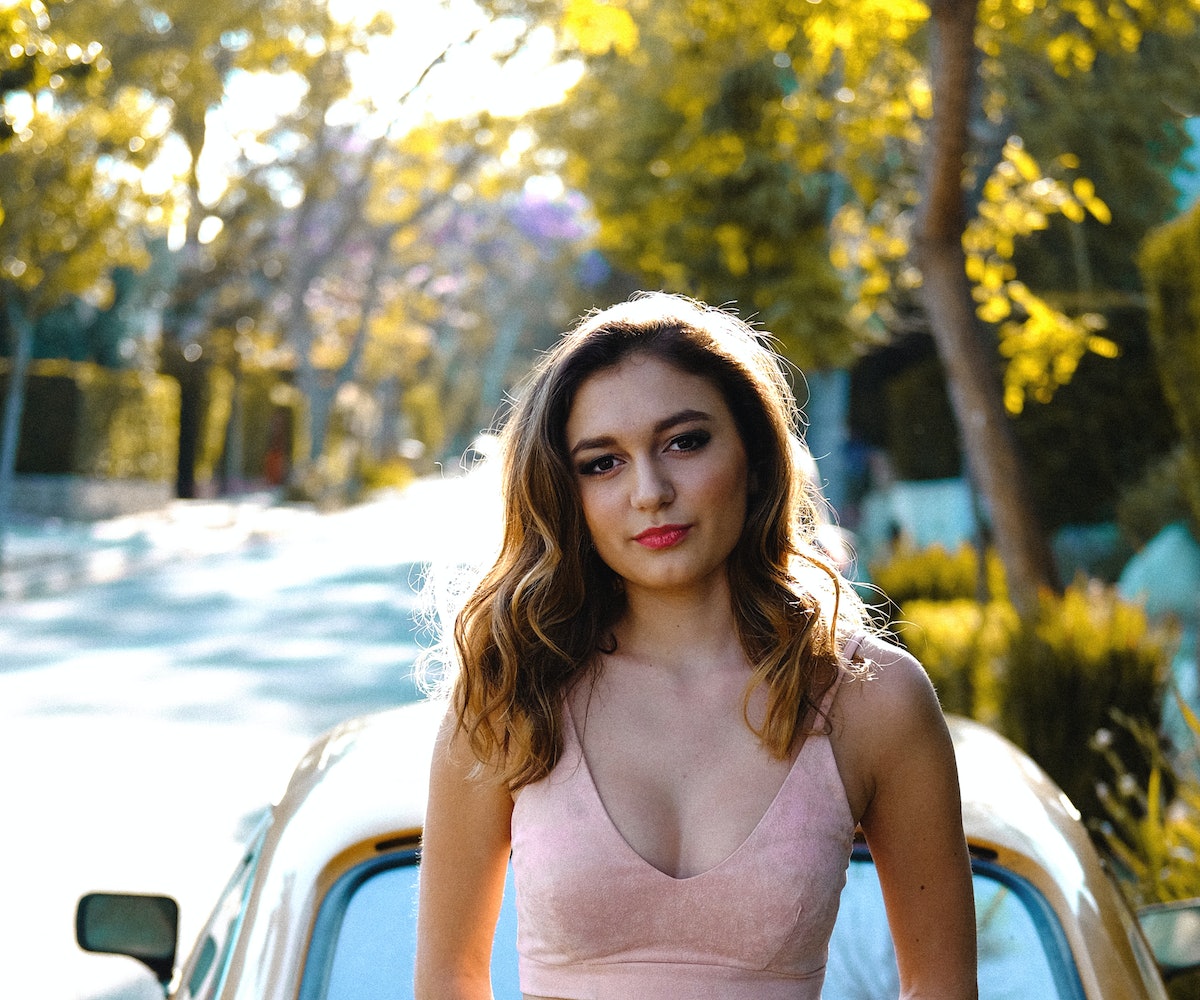 Daya may only be turning 18 this month, but she’s already accomplished more than most achieve in a lifetime. Her debut single, “Hide Away,” went platinum, she’s featured on The Chainsmokers’ double-platinum song of the summer “Don’t Let Me Down,” and she’s managed to figure out a normal work-life balance despite her skyrocketing fame, staying close to her roots and even making it home in time for senior prom and graduation.

“It’s been the best of both worlds,” says Daya. “I was still doing school, but at the same time starting a new career and launching myself into the adult world.” Now, with this month’s release of her first full-length album, Sit Still, Look Pretty, the recent high school graduate is ready to move on to the next chapter of her life. “It’s definitely going to show growth. It’s definitely going to show maturity, but I still have that youth anthem on it,” she says of the record.

With an uncanny ability to create youthful pop that appeals to all ages and fans of all genres, Daya adds: “I can’t write about experiences that I haven’t had yet, but I can write about what I know, and I hope that people can relate.”

GET TO KNOW DAYA:

About: She crashed the charts with her debut single, leading to once-in-a-lifetime moments such as performing at the White House (she can confirm that Michelle Obama is chill as hell), and her latest single “Sit Still, Look Pretty” is poised to see similar success. When it comes to Daya, the world hasn’t seen anything yet.

Favorite Quote: “I want to live the rest of my life, however long or short, with as much sweetness as I can decently manage, loving all the people I love, and doing as much as I can of the work I still have to do. I am going to write fire until it comes out of my ears, my eyes, my noseholes—everywhere. Until it’s every breath I breathe. I’m going to go out like a fucking meteor!”

Handle: @Daya (Twitter and Instagram). “I’m so grateful for social media because it allows me to establish a real sense of friendship with my fans and break down that fourth wall to let them see that I’m really just like them,” she says.

Here For: Relating to people through her music, and sharing it with people across the globe. “I would love to go on world tours within the next couple of years, and be selling out stadiums. That’s a dream of mine,” she says. “Madison Square Garden, I’m coming for you!”

Member since: 2015, when “Hide Away” proved her star potential. “The process of recording ‘Hide Away’ was huge for me, because I had never worked with anyone from L.A. before. I’d never even really collaborated with other people,” says Daya. “I had just written on the piano or the guitar myself, and so it was just such a new world to me to work with producers and everything. That was an exciting time to totally immerse myself in the recording world and produce something from scratch.”

Occupation: Musician (and straight-up prodigy, if we’re being honest)

Song: “Dare,” off her debut album Sit Still, Look Pretty. “It’s about being held back by people telling me that I can’t [do something], or that I’m too young,” says Daya. “I’m just going to go for it. I’m going to put myself out there and I’m going to be vulnerable. I’m going to do all these things. And you who are putting me in that box, you’re not doing anything with your life. It’s a sassy kick in the face.”

Top 8: Her parents; her dog, Quincy; and her sisters, Rachel, Avery, Mariana, and Celia. And Rihanna.

Zodiac Sign: “I’m definitely a Scorpio through and through. My passion for meaningful music, paired with my innate ambition, are really what fuel me.”