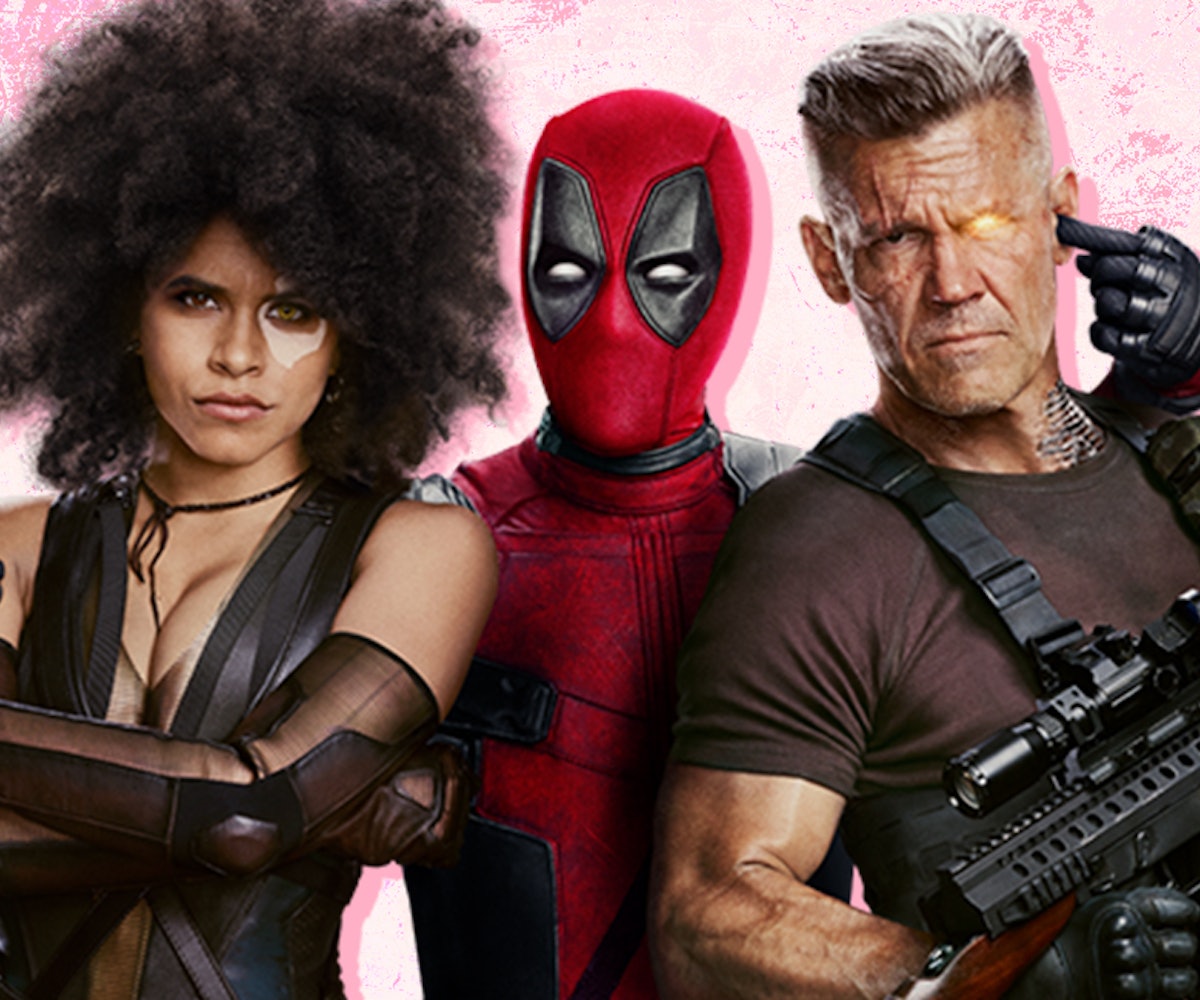 A bit past the midway point of Deadpool 2, the endlessly regenerating wiseassed semi-superhero of the title (played, as ever, by Ryan Reynolds) ruminates on what to call his new superteam, a ragtaggier spin-off of the X-Men, who refuses to tolerate Deadpool’s more murderous inclinations and can barely tolerate his endless jibes. With pride, he announces that this new group will be called X-Force, pleased with the coinage because it is “forward-thinking and gender-neutral.” The joke, amongst many jokes in this relentlessly jokey movie, is that Deadpool isn’t really joking. He goofs on just about everyone he meets, sometimes cutting and sometimes with mock affection, but it’s key to the Deadpool character that he doesn’t think inclusivity or gender-neutrality is stupid bullshit. Or if he does, it joins the rest of the world as stupid bullshit that he also kinda loves.

Does the movie love it, too? Kind of, though what initially looks like a more gender-balanced superhero cast is less lady-centric than it appears. Wade Wilson, aka Deadpool, is still shacking up with his beloved Vanessa (Morena Baccarin), but plot mechanics keep them apart for most of the movie, relegating her to the usual hero-motivator girlfriend role. He still interacts with third-tier X-Men Negasonic Teenage Warhead (Brianna Hildebrand), and while she’s openly gay and girlfriended in this one (and still in possession of perfect eye rolls and bird flips), she doesn’t really have an expanded role. The movie also introduces Domino (Zazie Beetz), a wonderful addition to Deadpool’s sloppily assembled X-Force, whose powers are based on supernatural good luck. The character has been around for decades in the comic books, and she’s not even the first luck-powered character in the X-Men orbit; that would be Longshot, who is technically not a mutant but a refugee from another dimension (the movie somehow misses the opportunity to point this out, though Deadpool expresses extensive skepticism over whether luck counts as a power). But the movie refashions her as a kind of parody of action hero physicality. Of course, you actually need mutant-level luck to look like an athletic badass during endless CG-assisted action scenes.

Beetz is an underplaying delight, a perfect counterpoint to Reynolds’ motormouth routine. And even with Vanessa and NTW sidelined, Deadpool 2 can, amazingly, claim at least as much diversity as last month’s Avengers: Infinity War: Three female characters, one black and one openly gay, out of a smaller cast than that of an all-star assembly so white that it includes three of the four big Hollywood Chrises. Beetz may not be especially vital to the actual story of this movie, but she has more to do in the movie than Black Widow has in Infinity War.

Giving points to Deadpool 2 for being somewhat more diverse than some other not-especially-diverse superhero picture is grading on a curve, to be sure, but the movie’s goofball progressivism is notable in contrast to the violence, flipness, and, well, dude-ishness of its point of view. When the first Deadpool came out, I wrote that it approximates a particular kind of snarky (if not necessarily smart) comic book in-joke humor aimed at 14-year-old boys. Watching Deadpool 2 made me realize, perhaps belatedly, how that voice has really migrated from comic shops to the internet, and in some ways, this is a comments section come to life, full conventional wisdom opinions about other comics movies, ironic appreciations, double and single entendres, and in-jokes that aren’t too far in. Of course, in other ways, it doesn’t resemble a comments section at all, there are few if any strains of outright racism or misogyny; maybe it’s just a comments section with a decent mod, in the form of Reynolds, the character’s biggest champion.

If the movie still does a fair amount of pandering to the onlines, it skates by, not just because of its irreverence (though some of its jokes and references do hit), but because of a loopy open-heartedness that should clash horribly with multiple beheadings and eviscerations, but mostly doesn’t. Deadpool spends some of the movie feeling suicidally despondent, but for all his snark, his feelings are depicted as earnest, as is the movie’s story about him protecting a young mutant named Russell (Julian Dennison) from the time-traveling Cable (Josh Brolin), who believes that killing the boy will save his future family. Dennison is the kid from Taika Waititi’s Hunt for the Wilderpeople, and Deadpool 2 pretty much purloins his character and the idea of pairing him with a reluctant adult mentor from that movie, as well as the time-traveling murder from Looper (no comment from the reference-loving screenwriters, including Reynolds, on those non-comics, non-’80s moments of derivation).

It is, as the onlines say, kind of a lot. Maybe Deadpool 2 doesn’t have a much smaller cast than Infinity War after all; it also includes the return of staid X-Man Colossus (Stefan Kapicic) and a bunch of new third-tier mutants auditioning for X-Force. More than ever, the series plays as a more overtly comedic version of the X-Men series, not an in-name-only companion. As it happens, director David Leitch, imported from Atomic Blonde and the first John Wick, isn’t actually a great fit for the farcical wing of the mutant franchise. The action in his earlier movies isn’t all “real,” of course, but his pulp has weight and style that a Deadpool movie lacks the patience (or inclination) to cultivate (he might have made a kickass Wolverine adventure, though). There are bits of neon lighting and sustained action choreography, but the movie stays true to its roots by looking nearly as chintzy on a bigger budget as the first looked on its smaller one.

Where Deadpool 2 improves on its predecessor is its fusing, sometimes shameless, of satire and genuine feeling. Though it fails to provide gender parity, it doesn’t overload on machismo, either. Deadpool’s love-hate relationship with a disapproving Colossus is more than ever rooted in genuine male affection. Some comics incarnations of Deadpool go further—he’s pansexual in a way that the movie won’t quite commit to, keeping his flirtations with dudes as just that. But after the dude-heavy portent of Infinity War, there’s something relaxing about watching this wiseass flirt with Colossus or trade banter with Domino. The movie’s progressivism is a touch paradoxical but inviting: a boys’ club that wants everyone to join.