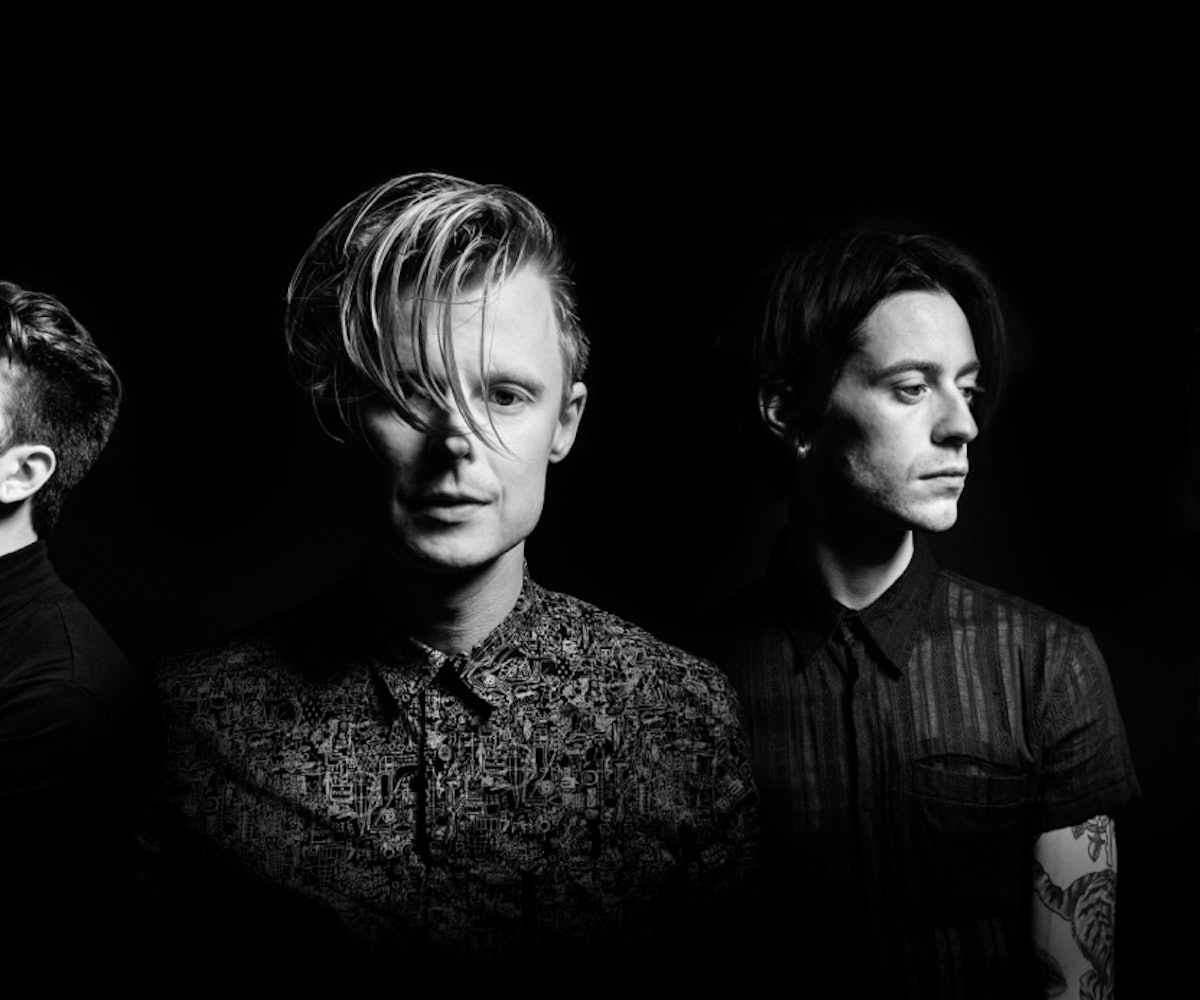 If you’ve been waiting for a summer album with a bit of a dark side, Dear Boy is here to deliver just that. The L.A.-based band wrote their second EP, Parts of a Flower (available for stream below), in Vauxhall, London—a detail that doesn't go unnoticed; the EP, which contains four tracks, flawlessly showcases its roots in early ’90s Britpop and late ’80’s post-punk with a modern and subdued indie spirit that carries across each song.

The album captures the elusive feeling of love through lyrics like “I can hold her now but it’s clear that she’s not mine to keep/ It was always in my heart to let her go” and “Breathe me in, while you can.” Here, we caught up with guitarist and vocalist Ben Grey to find out how the band got together, what you can expect on their EP, and, most importantly, which band member would last the longest if cast in a horror film.

I started playing guitar so I could play in my dad's cover band. I would be on stage, and he would say stuff like, "We're Midlife Crisis, and this is my son, Prelife Crisis." Then, when I was like three days into junior high, I was making a papier–mâché guitar in an art class and this kid came up to me and was like, "Do you want to join my punk band?" And I was like, "Sure...? What's punk?" So then I joined Noise for no reason, and I went from The Dave Clark Five to Bad Religion in, like, a day.

How did Dear Boy get started?

We were all friends for a while first, and this was the first time that we were all musically single. It was great to say, "I'm starting a band with my best friends, finally!" It was the most organic thing I've ever done. And because we're insane, we all decided to move to England to start the project. I had a friend who was able to give us a flat and get us work visas, and that’s where Dear Boy started.

How did London influence your work and your band?

I grew up in Los Angeles, the San Fernando Valley to be exact. I think we had an expectation versus reality shock. We went in the winter, and we all had a one-bedroom flat. I shared a bed with our drummer. We had no internet, we had nothing. And we're pretty sure the flat was haunted, so the vibe of the songs are pretty dark. I think that between the cold, the fact that we didn’t have any money, and not knowing anyone in London, we were really able to focus on the work. I also think the chemistry of the four of us as best friends and blending our U.K. influences with our Southern-California upbringing really makes for an interesting sound.

What was the process like of making an album and how does it feel to be finished?

It kind of never turns off. But when we play a big concert, or if I have to go to a party that I don't want to go to, the morning after, if I'm having a coffee and a pastry, honestly that's like Aruba to me. And with making a record, it’s so long. You dream it up, practice it, and build it, so it doesn’t feel real until it’s out. I've been in creative purgatory for a few months, getting ready to release it.

Which bands have influenced your work and the way you look at music?

The Cure, The Smiths, Pulp—Pulp is my favorite band in the world—House of Love, Suede, New Order, and Roxy Music. Those bands all are seriously life-changing.

Where do you look for inspiration when you’re writing songs?

Normally, I think we write songs about stuff that sort of, like, commands a song being written about it. Sometimes have a phrase or a word that I kind of don't know why I keep saying it—it becomes sort of this involuntary mantra—and then it makes sense to me maybe months later. So, there are certain events and certain things that happen to me and to us, but we don't know why there should be a song about it until the song starts.

If you weren't a musician, what else would you be doing?

I would probably be a chef who makes Cajun food. 'Cause that's seriously what I thought I would be doing when I was a kid.

If Dear Boy was a pizza, what would the toppings be?

I would say they would be four types of sausage including one vegan sausage. Nils, our bass player, is vegan.

Are you currently bingeing anything on Netflix or Hulu right now?

Luther is really cool, it's like a British supercop show. Luther, Stranger Things, and then I just got so into The Night Of on HBO, and I'm freaking out about it. It's basically "Serial" mixed with True Detective.

If Dear Boy is cast in a horror movie, who's the first to die, who lasts until the end, and who's secretly evil?

I'm gonna say Keith, our drummer, is first to die, for sure. Like, he's dead before the credits start. I would say our guitar player Austin is secretly evil. He'll turn on the crowd, or he'll turn on the group. Not saying he gonna turn on the group in real life, but just for the sake of argument... he's got mysterious eyes so, let's say him. Nils is the bad guy, and then I am the Scream Queen.

Do you watch Scream Queens?

You know what? I do, and Nils got me into it. Nils gets me into a lot of stuff. So a lot of my personality is his fault. Like now I drive only listening to this band The Cult, and it’s his fault.

It’s coming back in the fall.

That's right. Oh shit! The year is going by so fast! That's gonna be awesome.

If you could travel anywhere tomorrow, where would you go and why?

I would go to Paris because I really want to learn how to make macarons. Like, right now, I have to take like a loan out if I have this craving [laughs].

Do you have any life motto or kind of words to live by?

Well, I'm kind of embarrassed that these are the first words that came to my head, but... “You gotta risk it for the biscuit!”

Where could we find you and your bandmates hanging out on a Saturday night?

We're all pretty big coffee monsters. So before we go anywhere, we'll probably meet at some sort of coffee shop and discuss things and deconstruct stuff, but we hang a lot at this one venue and bar in Echo Park called The Echo. It’s the best sense of community you'll get in the Los Angeles music scene.

What is the best part about being in Dear Boy?

I think aside from the fact that we all match clothes all the time, I would say the best thing is that I can stand behind it and I can stand with my best friends behind it. I know that the thing we're making is special, and I just feel really lucky to be a part of something that is real and cool. So, yeah. The best part is that.

NEXT UP
Entertainment
Paramore Finally Has A Release Date For New Music
Entertainment
FLO's "Not My Job" Continues Their Streak Of '90s R&B Excellence
Entertainment
The Meaning Behind Paramore's Disillusioned Anthem, "This Is Why"
Entertainment
Who Will Rihanna Bring To The Super Bowl?