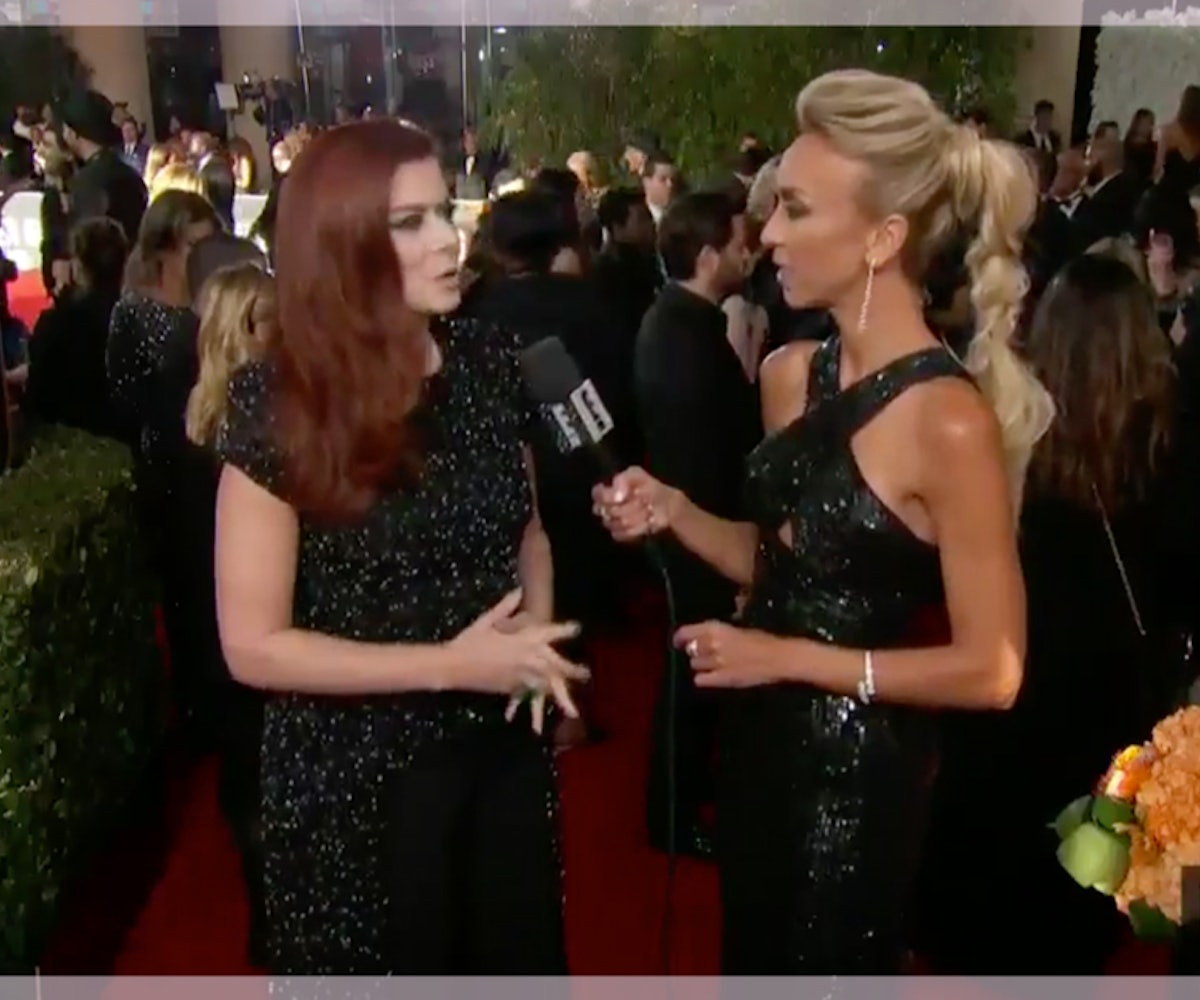 Debra Messing proved to be the hero we need during this year's Golden Globes, and the ceremony hasn't even started.

While being interviewed by E! host Giuliana Rancic, the actress basically called out the network for being sexist and enabling the pay gap. She started out by explaining why she’s wearing black: “I’m wearing black to thank and honor all of the brave whistleblowers who came forward and shared their stories of harassment and assault and discrimination.” She then listed what the movement is fighting for—diversity, intersectional gender parity, and equal pay—before stating: “I was so shocked to hear that E! doesn’t believe in paying their female co-hosts the same as their male co-hosts. I mean, I miss Catt Sadler.”

For reference, Sadler is a former E! host who left the network late last year for, reportedly, making half of what her male co-hosts were. “We stand with her, and that’s something that can change tomorrow,” Messing continued. “We want people to start having this conversation that women are just as valuable as men.”

We stand with Sadler, Messing, and the many other women tonight.

NEXT UP
Culture
The Madonna Biopic Is Being Scrapped
Culture
An Ode To Stripperweb, The Beloved Sex Worker Forum
Fashion
Bottega Veneta Just Dropped The Next It Bag For Spring
Entertainment
Ebony Riley's "Deuce Deuce" & 9 Other New Songs Out This Week
Style + Culture, delivered straight to your inbox.