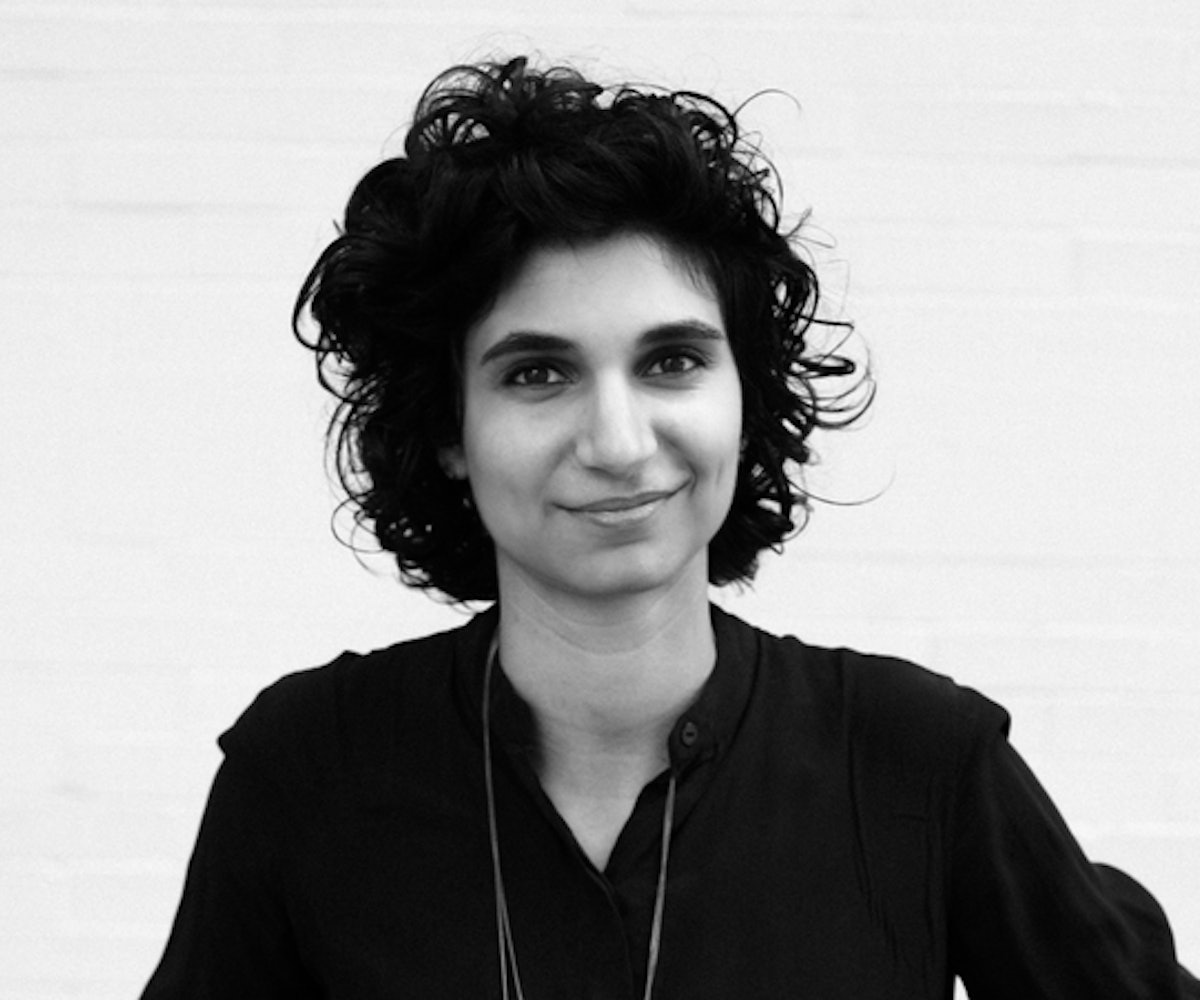 The original computers were women. Did you know that? Yeah, Ada Lovelace is wildly considered to be the first person to write an algorithm intended for computer programming in the mid-19th century. Today, that algorithm has grown and been modified immensely and used for a variety of things, sometimes sinister but sometimes good.

Deep Lab is a collective of cyberfeminist artists, coders, researchers, engineers, and activists bent on exploring themes of privacy, data security, surveillance, and censorship and how they relate to our daily lives. Created by artist Addie Wagenknecht, Deep Lab "take tools like hacking, which are deeply stigmatized as something typically negative, and turn them into tools for self-defense and empowerment," she says. It's not hacking in the sense you and I are probably familiar with, but hacking in a way to expose the underbelly of technology and ultimately how we can reclaim our control over it.

"So much of Deep Lab is about people realizing they don't need permission to do or be or occupy a space," Wagenknecht adds. Deep Lab's members are at the forefront of the revolution and scattered across many areas and disciplines, each bringing their unique skills and perspectives to the table to help foster a safer, digital world. Sarah M. Aoun, pictured above, is one of the newest members of the international collective. Her experience with human rights activism and data visualization add a rich political and worldly perspective to the global group's dynamic. Like LUNA, Aoun and Deep Lab believe in digital equality for all and that equal representation across all industries fosters a stronger, more connected, and empathetic world. Whether it's a small collective brainstorm or a massive exhibition at the New Museum, each step Deep Lab takes brings us closer to a more inclusive world.

We caught up with Aoun to get the scoop on her experience with Deep Lab, how technology and liberation are connected, and what words of wisdom she can offer to any aspiring tech disrupter.

What were your expectations going into the project and how has the result lived up to or surpassed them?The thing that made me most excited was getting to work with a lot of other women that have similar interests to me and are working in similar fields, being able to be connected to that community. Tech is very male-dominated, and activism is a very lonely thing to do if you don’t have a community. In that sense, my expectations were met, for sure. We’re all constantly exchanging ideas and projects. It’s truly collaborative.

So Deep Lab is like a sharing economy of ideas? If one of your ideas aligned with a larger campaign or project, would there be the opportunity to do that?Yeah, for sure. In that sense, yes, the community is great for collaboration. I’m working with other women who work in both activism and technology.

What type of activism do you participate in?I was raised in Lebanon and spent most of my life there. So a lot of my activism has to do with political change. Being here in New York, it’s become more about digital rights and privacy. I work mostly with journalists and activists around things like security, data privacy, visual security, and physical safety. I do a lot of workshops around that, as well as a lot of long-term projects about organizations and embedding safety culture to inform the population in both New York and in the Middle East.

How would you describe, in an elevator pitch, your big goal?My people and people from other communities have been surveyed and monitored and over-policed for a very long time and discriminated against. I work for liberation and freedom.

You recently joined Deep Lab. How has it helped you discover more of your identity? I wouldn’t say it’s helping me discover more of my identity, per se. The main thing for me has been being able to meet other women who work in this interdisciplinary approach to corporate and government surveillance and data processing. It’s been very inspiring to see all the different things you can do with technology and activism because we are all in our own niches, but at the same time, we have a lot of overlapping interests. In that sense, it’s been more about broadening my horizons in terms of what’s possible.

Does it irk you when someone asks you what it’s like to be a woman in the tech industry?It feels like the Oscars where all these journalists are asking the men about their role in their movie and then asking the women who they are wearing. It makes me feel like that. It makes me feel like my work is reduced to my gender as a woman and it’s not about the actual work that I do. I generally avoid invitations to panels and talks that are just about being a woman, or interviews that are about that also.

What advice would you have for a young, aspiring tech disruptor looking to work in the intersection of activism, technology, data security, etc.?The main thing is to find your community and work with them, not for them. What I mean by that is after the election, I’ve seen a lot more people wanting to get involved to do something for the greater good in the tech field. What ends up happening is they don’t have that community to help bring their vision to fruition, or they don’t have the drive to get involved. Be conscious about how you get involved. And if you do want to get involved, find communities and work with them for a long time instead of just providing some solution and leaving after a few months. I witnessed a lot of that in New York, especially after the election, and it hurt a lot of communities more than it helped them. Have the drive to do it, have good intentions, and be conscious and in control of what you’re doing.

NEXT UP
Beauty
TikTok Wants You To Wear Mascara Anywhere But On Your Lashes
Beauty
It Looks Like Grimes’ Body Modification Journey Has Begun
Entertainment
On ‘Cool It Down,’ A Spitfire Band Matures
Entertainment
YDE On Her EP, Lady Gaga & Making New Short Film 'Send Help’