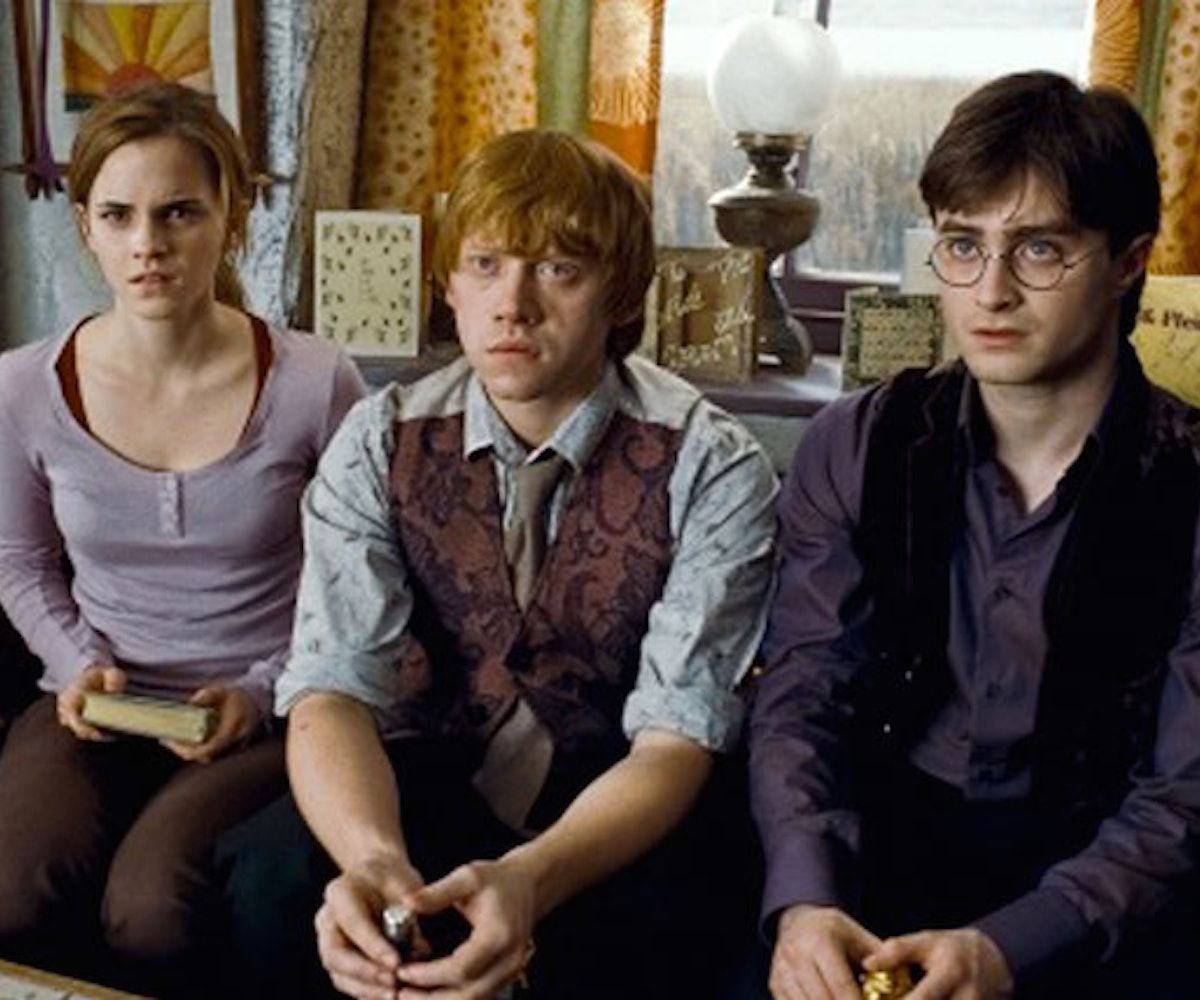 Well, if not everything, this behind-the-scenes look at an encounter that didn’t make the final version of Harry Potter and The Deathly Hallows Part 2 would have completely rearranged your feelings about a major character. Completely rearranged them.

As we all know—well, as almost all of you know—young Draco Malfoy was a thorn in Harry Potter’s side throughout blonde git’s miserable little life. This clip from a making-of doc tied to the movie, however, shows a very different fate for Malfoy. As you can see for yourself, at the climactic moment when Harry squares off with Voldemort in Hogwarts’ quad, Draco runs into the middle of action and throws Potter his wand. No, really. It happened. Look!

Crazy, right? Not only did this not happen in the book, but it goes against everything Draco represented. To be fair, he mostly represented hating Harry—but still! The clip comes from a deluxe edition of the movie's Blu-ray and no one can say why it's only bubbling up to the Internet's attention now (it's been on YouTube for over four years). Still, it's there, and we're all going to have to deal with this in our own ways.

Really, though, it makes a ton of sense. After all, Draco always seemed as scared of Voldemort and the whole Death Eaters thing as intrigued by them (in the movies at least) and He-Who-Must-Not-Be-Named was destroying his school. Plus, it would have given Tom Felton’s character a bit more depth and humanity. Just as when Harry figured out that Snape was always on his side, knowing that Draco had at least some goodness in him would have really rounded things out.