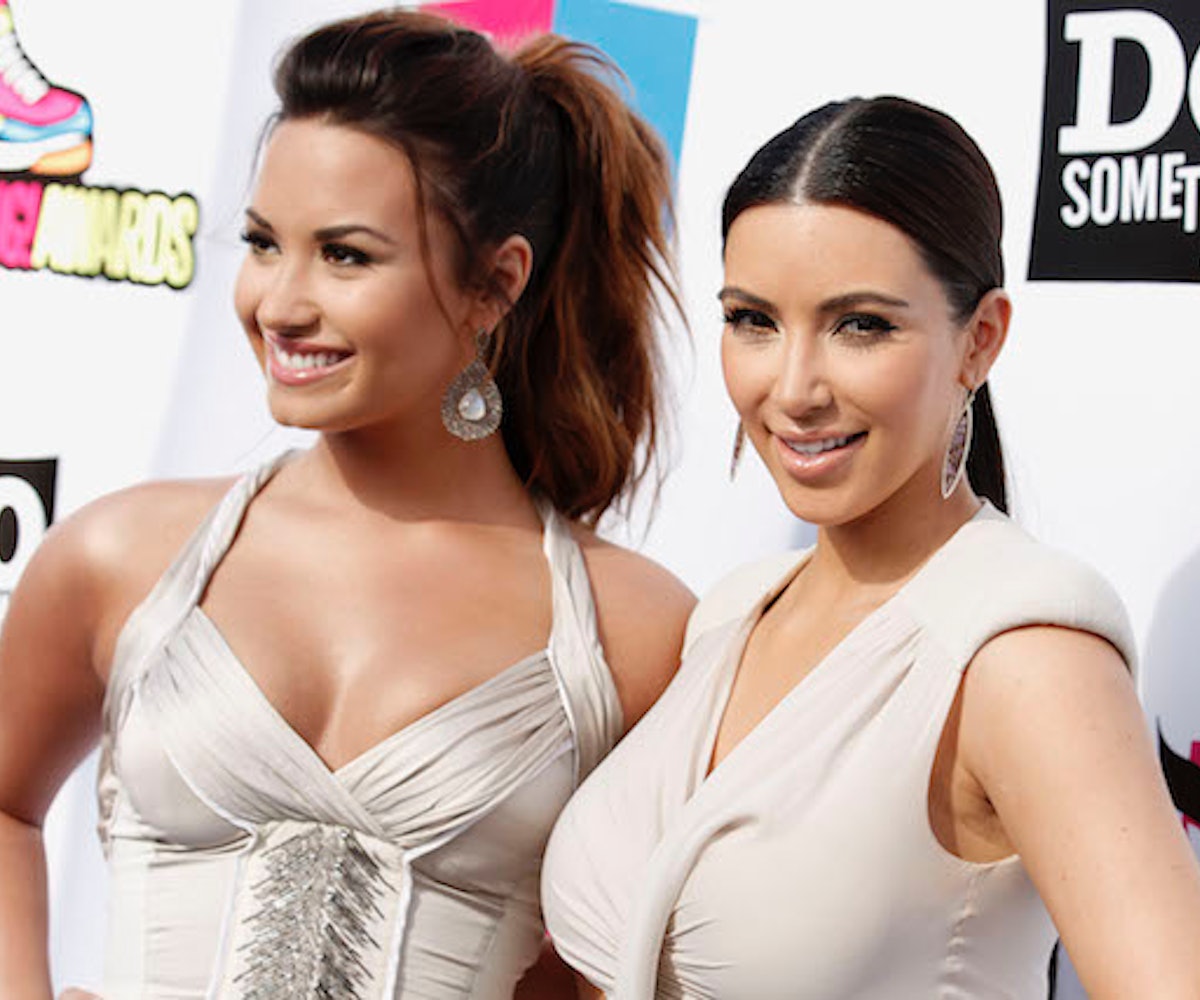 Kim Kardashian-West gets a fair amount of heat for her "unrealistic" or "unattainable" body, but maybe these accusations should stop coming from a place of negativity spewed out of jealousy. After all, she has undeniable, natural curves that have pushed Hollywood's archetypal body into a bigger, rounder ideal. Instead of speculating on whether or not the lifestyle mogul's body is, in fact, real (spoiler: it is), maybe we should be asking a different question: Is Kim Kardashian-West helping to redefine celebrity beauty standards?

Demi Lovato certainly thinks so. The 23-year-old actress, singer, and body positivity activist told Ellen Degeneres that Kim's curvaceous body was a major inspiration for her as she struggled with—and famously triumphed over—an eating disorder. "When the Kardashians came on the scene, it was the first time I associated curves with beauty," Lovato said. "Even in a time when I was still really struggling with my food, I was able to look at Kim's curves and be like, 'I should really be proud of my curves!'"

Watch the full conversation in the video, below.