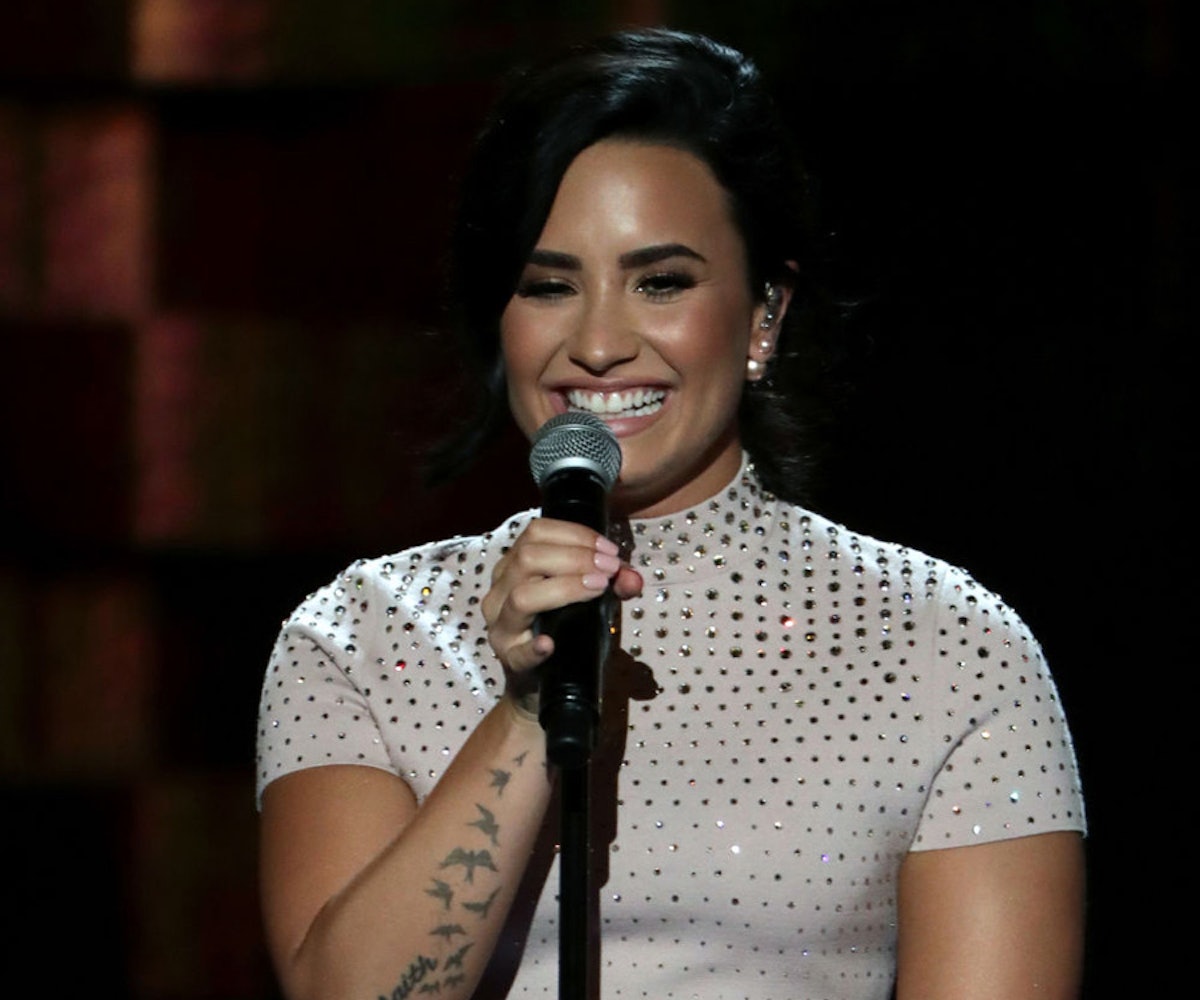 Throughout the course of her career, Demi Lovato has become a beacon of honesty. As a speaker at the Democratic National Convention in Philadelphia, Lovato not only used her time to declare her support for Hillary Clinton but to also discuss an issue of major importance to her: mental illness.

"Like millions of Americans, I am living with mental illness, but I'm lucky: I had the resources and support to get treatment at a top facility. Unfortunately, too many Americans from all walks of life don’t get help, either because they fear the stigma or they can not afford treatment," she said. "Untreated mental illness can lead to devastating consequences including suicide, substance abuse, and long-term medical issues. We can do better. Every one of us can make a difference."

After urging politicians to support laws that will provide health care, Lovato explained why she believes Clinton is the most qualified candidate to be President of the United States.

"I stand here today as proof that you can live a normal and empowered life with mental illness," she added. "I'm proud to support a presidential candidate who will fight to ensure all people living with mental health conditions get the care they need to lead fulfilling lives. That candidate is Hillary Clinton. Let's make her the next president of the United States of America."

After delivering her touching statement, Lovato closed out her stage time with a quick performance of her hit single, "Confident." If we're being completely honest here, it was a little awkward to watch, though.

Given the setting at the DNC and all, Lovato definitely had to tone down the sexy, but she powered through the number like the pro that she is. The crowd seemed satisfied enough, and that's what really counts, right? #ImWithHer has never felt so invigorating.

America Ferrera, Lena Dunham, and Chloe Grace Moretz are expected to speak at the convention in an effort to publicly endorse Clinton as well, so stay tuned for more.