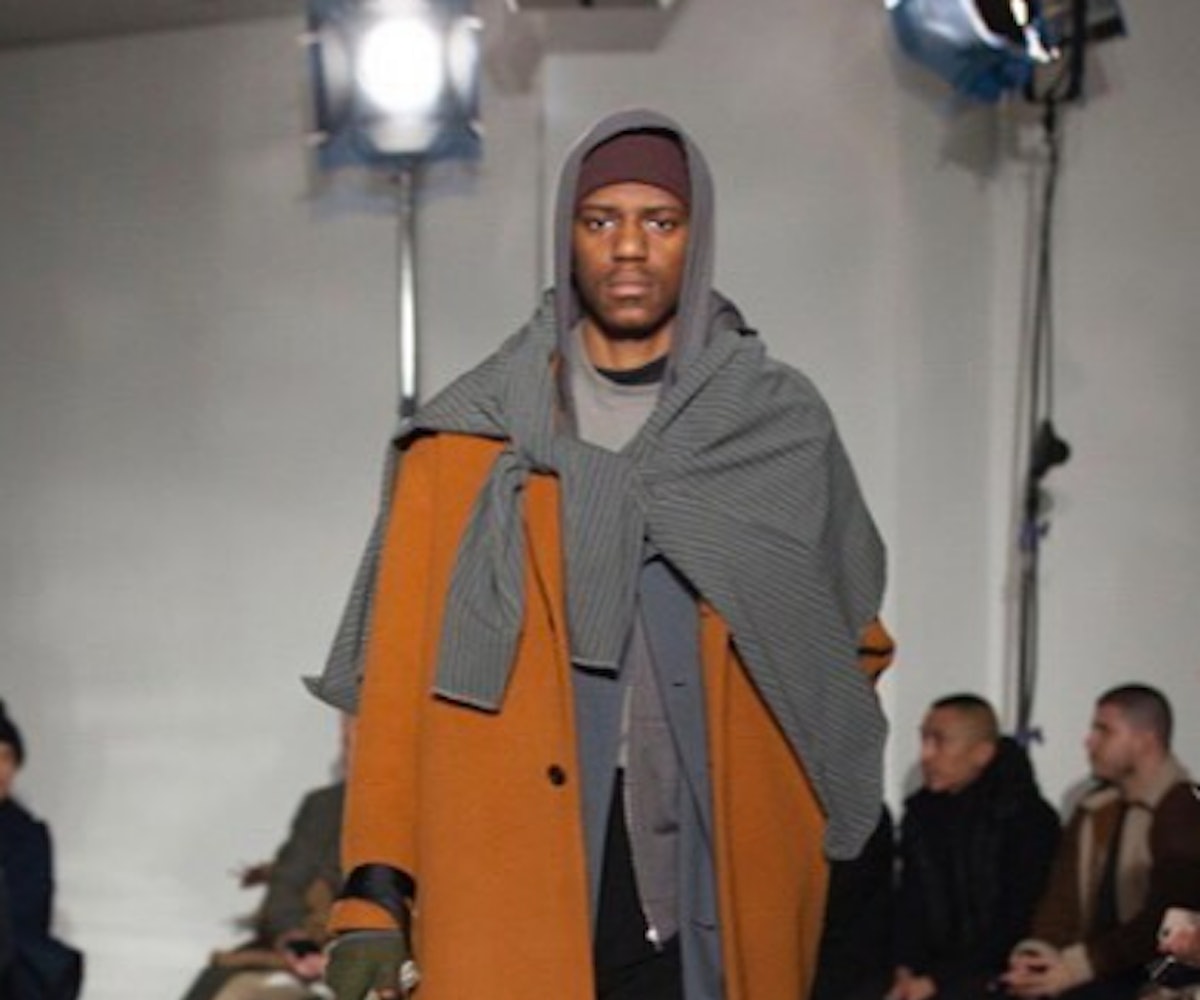 It wouldn't be a New York Fashion Week without a controversy, and this latest iteration is no exception with perhaps the most glaring—and frankly disturbing—example being a new "trend" promoted by several different designers: "homeless style."

Several runway shows this year featured looks that were inspired by the homeless, including that of Daisuke Obana's N. Hoolywood. Showgoers at N. Hoolywood received notes before the presentation, which explained Obana's inspiration, saying:

As our designer traveled the cities of America, he witnessed the various ways in which people there lived on the streets and the knowledge they have acquired while doing so. His observations of these so-called homeless or street people revealed that them [sic] to be full of clever ideas for covering the necessities of life. Space blankets or moving blankets can be fashioned into coats for cold days, and plastic bags can double as waterproof boots when it rains. This season features designs that embrace their unique style of combining traditionally contrasting elements, such as unconventional layering or senses of color, along with experimental sizing.

And indeed Obana's interpretation of "homeless style" was incredibly literal—there were actually plastic bags incorporated into his looks. It was an incomprehensible lapse in judgment when it comes to what amounts to the fetishization of an already marginalized group of people. That this country's homeless population has an incredibly high corresponding existence of mental illness makes the choice to commodify their lifestyle all the more repugnant. Even if it is all well-intentioned, that's hardly an adequate rationale for the commercialization of disadvantaged people.

Of course, the fashion world is no stranger to this type of situation. Runway shows and their attendant inspiration are often fraught with cases of cultural appropriation, as with Marc Jacobs' "rave-inspired" dreadlock look from last NYFW, or gross insensitivity, like when Valentino staged an "Africa-inspired" show in 2015 or when Jean-Paul Gaultier showed a Hasidic Jew-inspired collection in 1993. And it's not only fashion designers; fashion media is also frequently and blatantly insensitive to other cultures, as recently seen with the Karlie Kloss geisha editorial in Vogue's March 2017 issue.

But repeated and obstinate blindness about problems like whitewashing and cultural appropriation can no longer be easily excused by simple apologies and promises to do better. We live in politically charged times right now, something of which some members of the fashion world are very much aware. (See: Mara Hoffman's powerfully feminist show this NYFW.) There is no doubt anymore that the fashionable is also political, if for no other reason that many in the fashion world enjoy the financial benefits of the partnership between political activism and consumerism and run stories about things like how to dress for protests and where to buy things that support good causes. Make no mistake: The editors sitting front row at these "homeless chic" shows are fully aware of how politically problematic this type of "inspiration" is, they just refuse to make a stand about it, and instead sit there silently.

But it's time for the fashion world to stop being silent about important issues like this; it's time for everyone to wake up and question what they think the price is of participating in the exploitation of oppressed and marginalized people and refuse to pay it. Maybe then, there won't be crowds of people turning out to applaud a parade of models styled like "street people," like so many extras from the set of Zoolander.