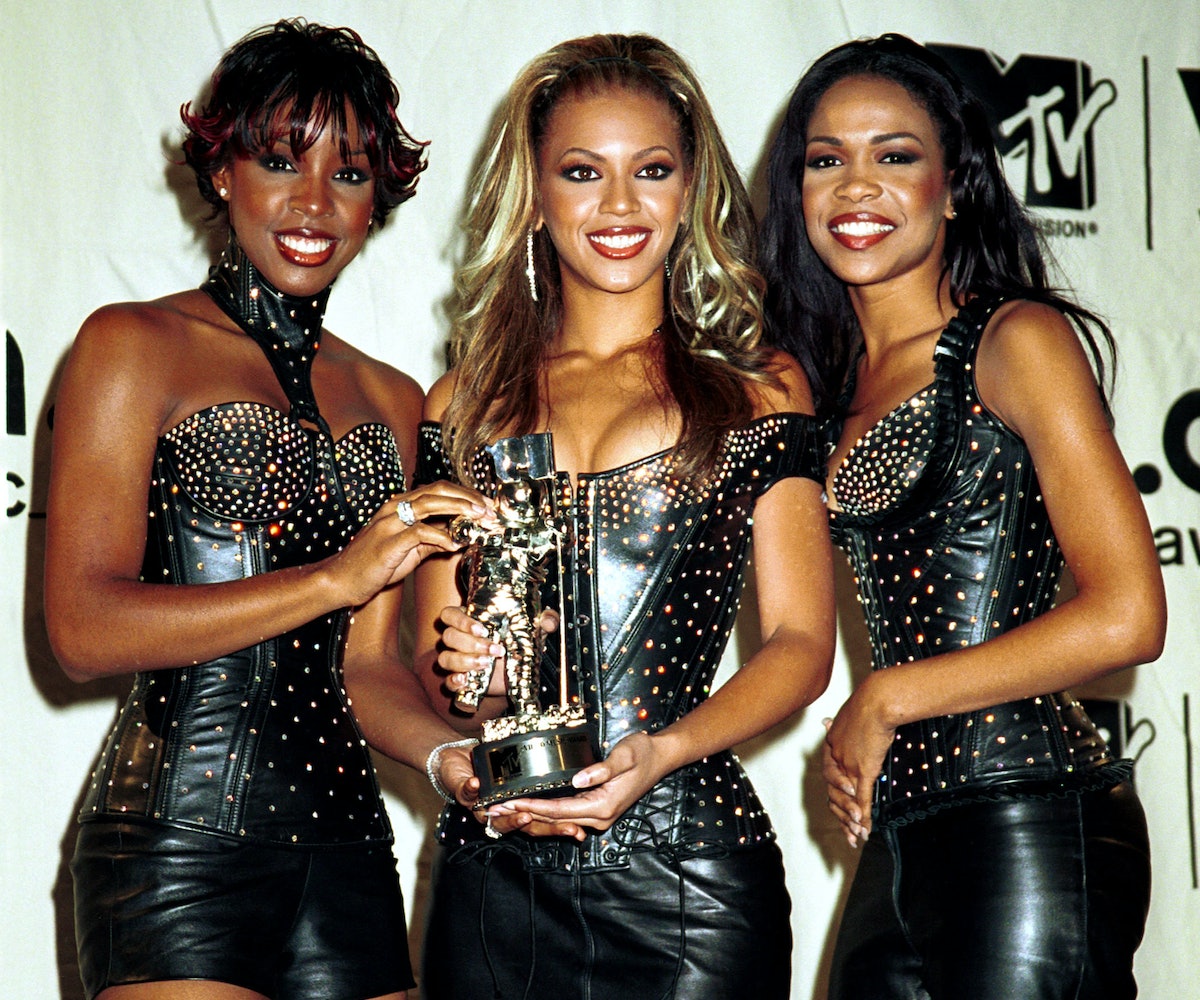 The last time that we saw all three members of Destiny's Child together was at the Super Bowl XLVII halftime show in 2013. But we know as well as anyone that if there is a celebration going on, everyone is bound to turn up. Over the weekend, the gang got back together at Kelly Rowland's 35th birthday party. Hosted at Sunset Tower Hotel in Los Angeles' West Hollywood, it was a small, intimate gathering of Rowland's closest friends and family including her soul sisters Beyoncé Knowles-Carter and Michelle Williams. No surprise that Bey's fabulous mother, Tina Beyincé-Lawson, was also invited to partake in the festivities.

As you can see in the photos below, the ladies have nothing but love for one another. An entire decade has passed since Destiny's Child officially went their separate ways, but it seems like nothing has changed between these hustling divas. Here's to wishing Rowland a happy belated birthday, and for more Destiny's Child reunions to come!