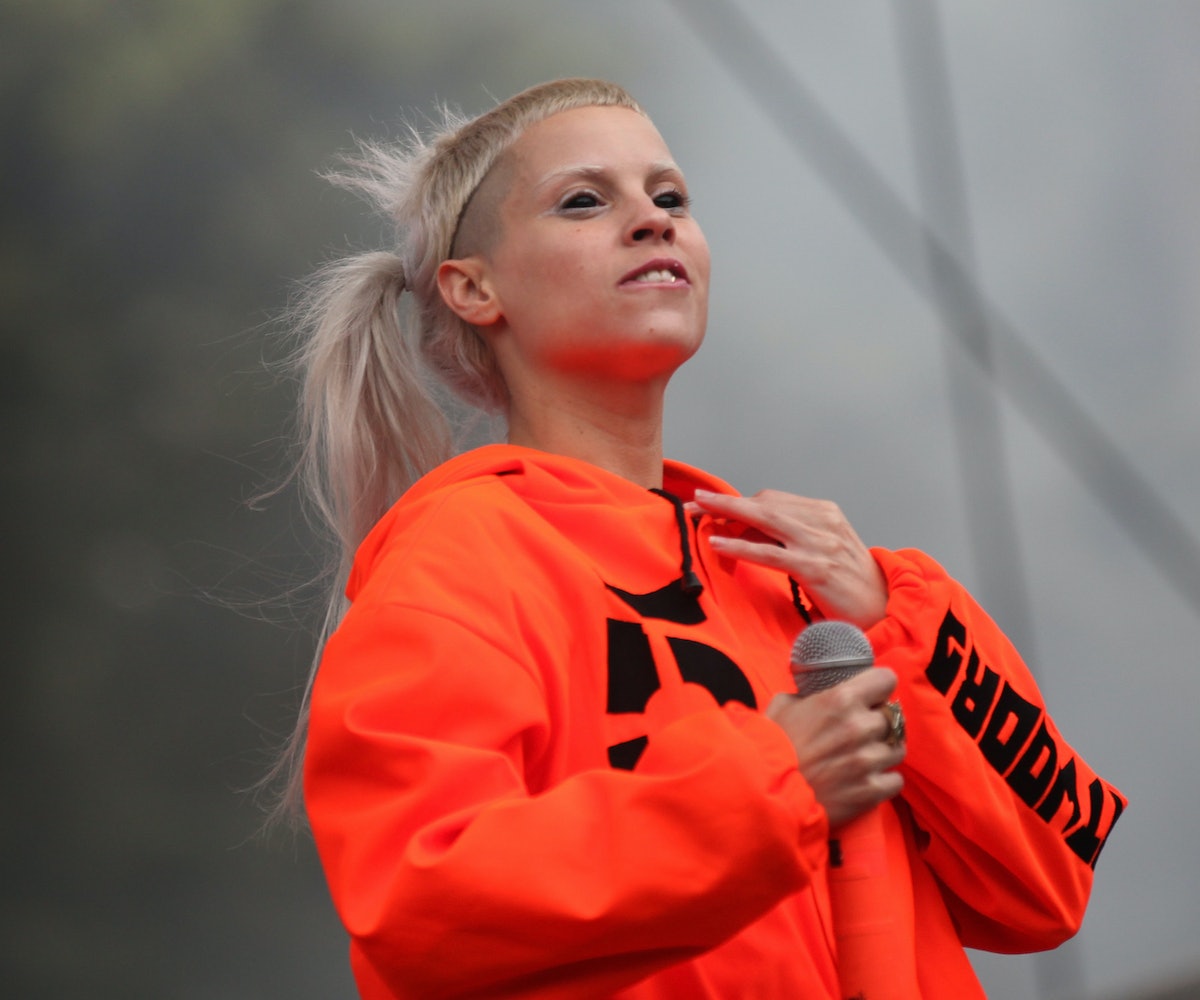 Update 5/9/17: Die Antwoord just announced that, along with new music, they're also hitting the road for a new tour. Check out the dates below.

Die Antwoord dropped their latest single this week, "Love Drug," off of their upcoming, and possibly final, album The Book of Zef. Last September, in an interview with Exclaim, the group's co-founder Ninja confirmed that they'd be disbanding in September 2017, but he later denied the breakup on Instagram. "All we said was next year we will be working on our 5th final DA album & then continue to shoot a DA feature film," Ninja wrote. The group debuted their fourth album, Mount Ninja and Da Nice Time Kid, last year, along with a NSFW music video for their song "Fat Faded Fuck Face."

The rave-rap duo's new song "Love Drug" delivers the same techno breakdown fans have come to expect from the group, and the lyrics talk about love like it's an addiction. "You got me fucked up, feels like I'm losing my mind," Yolandi Visser raps. "Can't focus, can't do shit, and everything's covered in slime." Die Antwoord will also be on a world tour this summer.

Check out the full song, "Love Drug," below.

Catch Die Antwoord on the road for their headlining Love Drug World Tour:

NEXT UP
Entertainment
Paramore Finally Has A Release Date For New Music
Entertainment
NCT 127 On '질주 (2 Baddies)': "I Think We’ve Truly Shown Who We Are Now"
Entertainment
Margot Robbie Plays A Wild Starlet In 'Babylon' Trailer
Entertainment
Taylor Swift Is Revealing The 'Midnights' Tracklist On TikTok