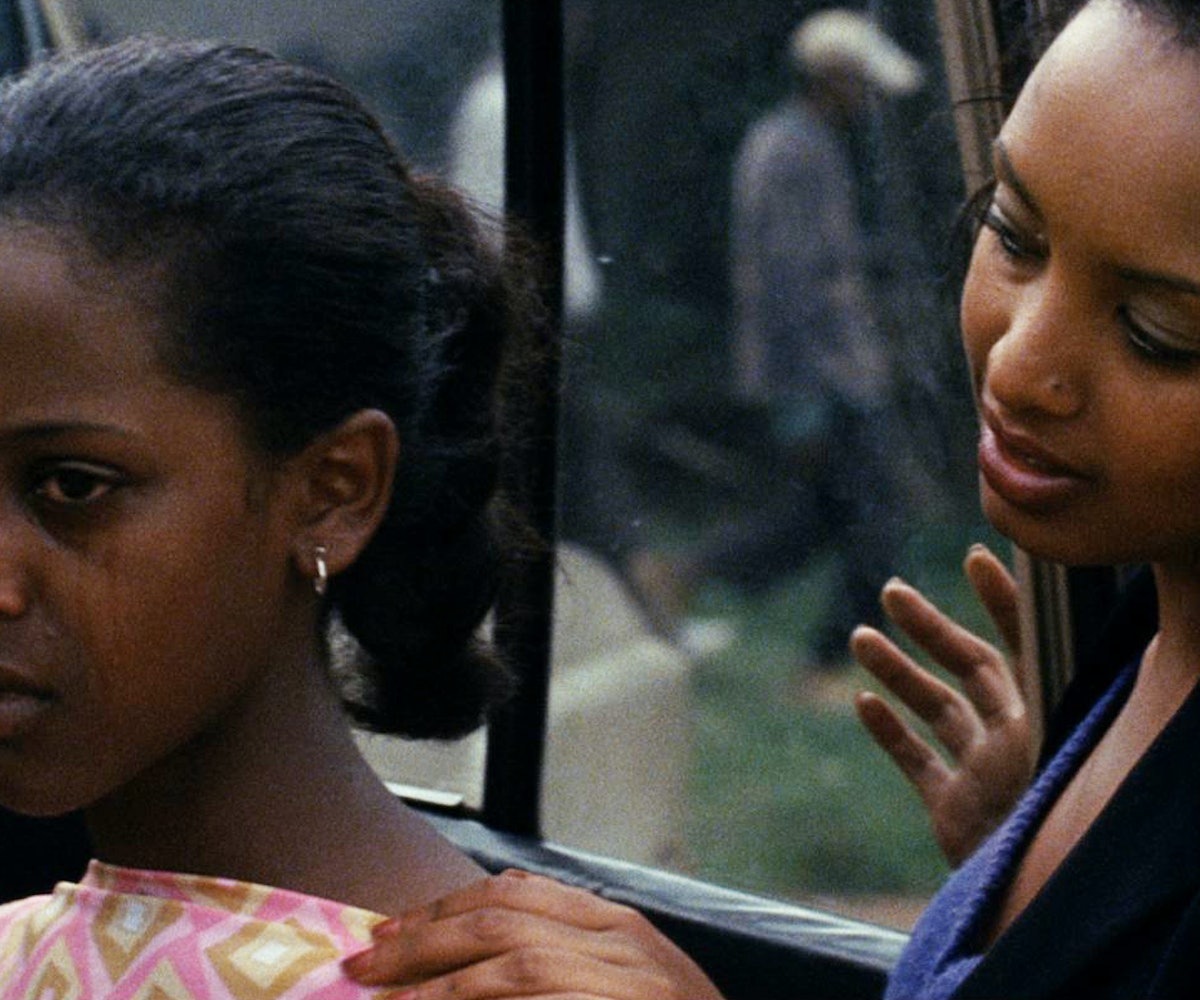 Inspired by women’s rights activist Aberash Berkele’s real-life experiences, Difret tells the harrowing story of how a teenage girl and a lawyer’s courage and resilience changed an age-old law in their native Ethiopa. The plot revolves around Hirut Assefa's abduction at the age of 14 by a man who forcefully wants to marry her, a hideous tradition called “telefa”dating back many years. Eventually, Assefa murders her would-be captor with a rifle,and Meaza Ashenafi, the founder of the Ethiopian Women Lawyers Association, arrives in town to take her case. The movie's message was so powerful that Angelina Jolie signed on as an executive producer and put her name on the movie's poster, in the hopes of increasing its visibility. Here, we talk to Difret's producer Mehret Mandefro about patriarchy, child marriages, and what can be done to make things right for women everywhere.

Can you talk a little bit about “telefa”—the kidnapping of the girls for marriage? Is the tradition still prevalent?Mehret Mandefro: Unfortunately, it is still prevalent. The case this film is based on changed a great deal, and in the area where the case had happened, there was no telefa for 10 years. But it’s been creeping back up, and about 20 percent of girls in the southern parts of the country are still affected by it.

It’s often hard to trace these traditions back, but does it go back to any religion?This is actually not linked to religion—Christians do it, Muslims do it, it’s definitely much wider than Ethiopia, there are parts of Russia where it happens. In the Ethiopian context, it’s really unclear where the tradition first started. Sometimes the abductors have more “practical” reasons, like in the case of Aberash, where they asked for her hand but the father had refused and said, “You know, she wants to go to school,” so the guy ends up taking her.

Throughout the film there is this repeating theme where the authority figures are men, and women are confronting them. Why do you think men tend to take it upon themselves to “guard the tradition?”

Why does patriarchy exist? Right? Men are still benefitting from these systems being in place, even though not all men believe in them—but by any stretch of the imagination, more and more believe that the world would be a better place if gender equality existed. I think it’s hard to break tradition, it takes time, and it takes people willing to think differently and not benefit, if you will. It takes an event or a person like Aberash for people to wake up for a second and rethink that maybe it doesn’t have to be this way. I think this is why Aberash’s father was also really important in this story. This is why we have to work with fathers to teach them that there are different ways that their daughters can advance in this world and gain security mainly through education. I think this is why even the director of the film, who was a man born and raised in Ethiopia, part of why he wanted to tell this story because he thought, “Wow, I grew up without thinking about all this violence even though I know it exists.” And it wasn’t until he learned about this story that he realized, “I’m part of a problem.”

There are also all these instances in the film where working on the case is even more difficult because of the bureaucracy, and the state’s approach to the matters. How can international connectivity in this era of transparency help with that?I think about that a lot. Even then, in 1996, Ethiopia was becoming a little more open and people were watching this case from the outside, and it did get some international attention from women’s rights groups all around the world. Outside support increases the pressure, because people within the country and within the bureaucracies understand that the world is watching—I think that helps make sure that people do the right thing.

You studied anthropology and medicine at Harvard and received a master's degree in public health in London. How did you come in as a producer for this project?I heard about this film six years ago when the director brought me the script, which he had already written. He was having difficulty financing the film, so he was looking at alternative sources of financing. When I read the script, I was completely blown away by the story and I felt strongly that it had to exist. I felt like I knew exactly what to do in order to find the resources for the director. Hollywood had offered a lot of money for it, but they wanted it in English, they didn’t want us to shoot in Ethiopia, they wanted famous actors. It would have been a completely different film than the one we were trying to make. I believed so much in the vision of the director that it became my mission to get this film funded and made.

On the film’s homepage, there is actually a link with the title “The Solution,” which is so refreshing because a lot of the times people really do care about a cause but don’t know what to do next.  What do you feel like the international community could do to help the situation get better?I think this issue of child marriage, just looking at how many girls get married all over the world far too young is truly important. It’s 39,000 girls every day, it’s 700 million women according to the U.N., who are currently living who have all been married far too young. One of the things we are hoping to do is, the girl who is at the center of our story, Aberash, is asking for the U.S. Government and the Department of State to release an adolescent-girl strategy it has promised since 2013. What the strategy asks for is for foreign assistance dollars to be directed toward programs that actually target this issue of child marriage.

I think it’s really up to people to urge their governments to actually target this issue to have some of this money go to the programs and the community-based groups that are working on these issues. You would be hard pressed to find a development issue that isn’t affected by this issue of child marriage. For example, if girls are getting married too young, then how do we keep them in schools? One of the main reasons girls drop out of schools is they are getting married really young. Then, they have babies while too young, which means that they are dying in childbirth or from complications, and there are actual health consequences to that. And once you get married too young, you’re not able to finish your school and you’re not open to economic opportunities. While on the other hand, we know that enhancing the economic opportunities of women not only affects their lives but their families lives, how well the entire family moves forward. So, there are so many different ways child marriage touches so many other development goals, and I think having people get involved in ways that urge their governments to pay attention to this issue and direct foreign assistance dollars toward it is incredibly important.

Difret is playing in select theaters.