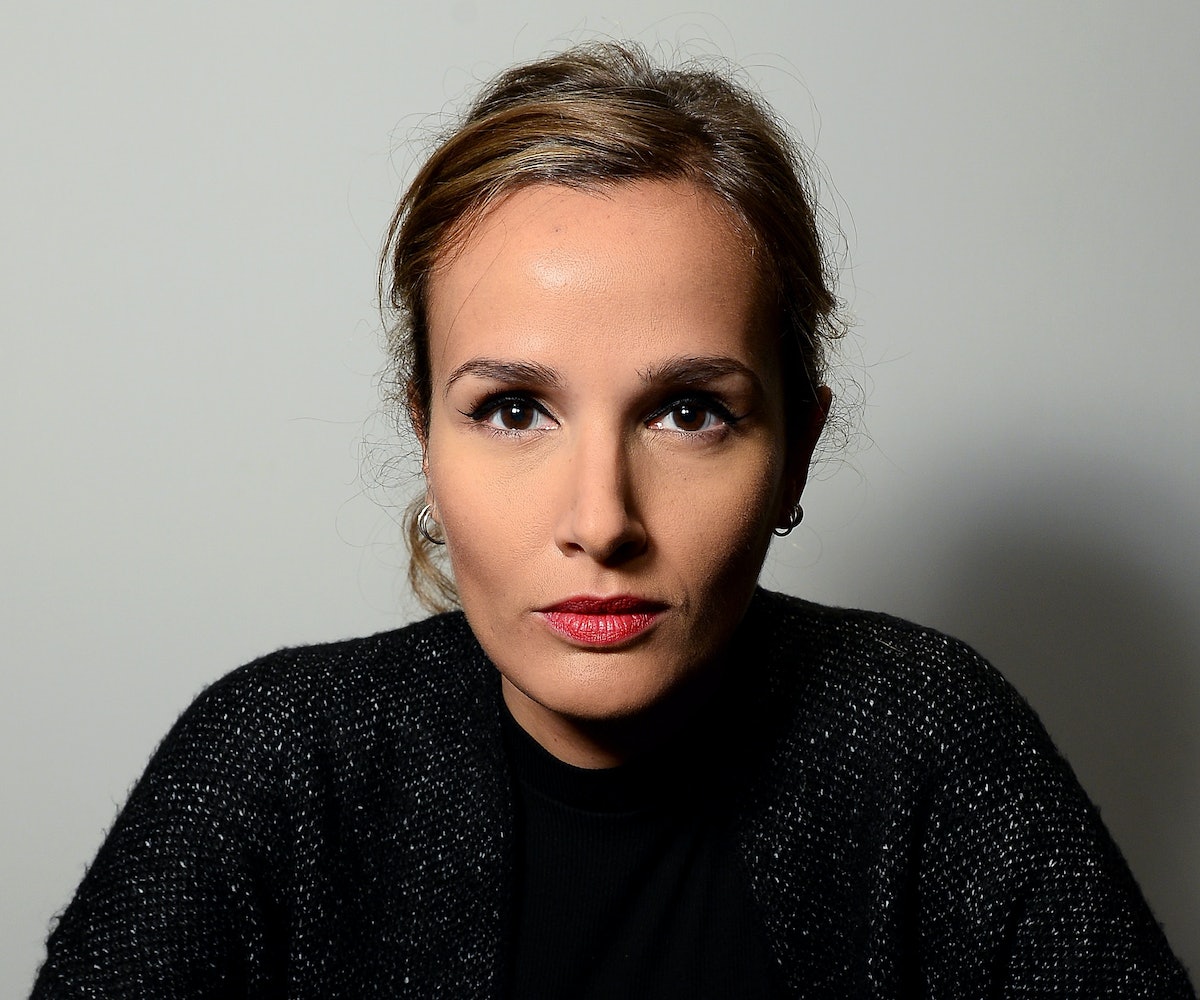 During a midnight screening of Raw, a new French horror film about cannibalism, at the Toronto International Film Festival last year, several moviegoers passed out because "the film became too much for them," the film's marketing rep explained. While this kind of attention is good for a movie like Raw, the director, 33-year-old Julia Ducournau, thinks the press has gotten out of hand. "At one point people were talking about a movie that is not mine," she recently told the Guardian. "My movie’s not a shocker, it’s not a blood fest; it’s more than that.”

The film is both a coming-of-age drama and a dark comedy, and centers on the story of Justine (Garance Marillier), a virgin vegetarian teenager who follows in her family's footsteps and attends veterinary school, where her older sister Alexia (Ella Rumpf) is already a student. Justine is forced to eat a rabbit kidney as a kind of ritualistic hazing, and that's when her appetite begins to change. Ducournau wanted these changes to be realistic and visceral, and in order to do that, she needed her cast to be comfortable with one another's bodies.

"Obviously I didn’t ask them to get naked in front of each other—I’m not a tyrant or a perv—but I did ask them to watch horror movies together," Ducournau told the Guardian. And she asked that they drink beer while they watch, too. “When you watch horror movies together it creates something very intimate. When you’re scared, you tend to get a bit closer to the person next to you... and because they are different genders, it was [especially] important to me that they were completely at ease with each other."

Marillier, Rumpf, and Rabah Naït Oufella, who plays Justine’s roommate Adrien in the film, met at Marillier’s house to watch scary movies together. Ducournau herself watches one horror film a night.

Once they were comfortable with one another, in order to achieve the raw realism the film embodies, Ducournau asked the actors to be less human. “I wanted them to be like animals, on their all-fours, all the time, on their knees," she said. "So I asked the art director to put everything close to the ground.” Which is why instead of beds they use mattresses on the floor, and cushions serve as chairs. “When you look in the room of a teenager, you will always have some food that is mixed with clothes—and you always have these weird smells. I wanted to give the impression of something that stinks a bit.”

And while Ducournau could've employed digital tricks to demonstrate gore on-screen, she instead prefers prosthetics. “I like prosthetics, I think they’re way more fun—what you get on screen is way more vivid and organic and gross,” she said. “It’s also really great when you bring prosthetics to a set—it’s like everyone is back in summer camp, everyone wants to touch it, wants to taste it, maybe you put some blood on your face. It’s good for the spirit [of the set].”

The physicality of the film was also challenging, but resulted in a particularly chilling and gut-wrenching performance from Marillier, who was left in tears by the end of one scene in which she was convulsing under bed sheets, fighting her cannibalistic urges. “I described it to her as alike [to] when junkies try to come clean; I showed her what I wanted to see a lot of—like Trainspotting and stuff. And when we finished shooting that scene, she was really in tears," Ducournau said. "It was too intense somehow.” Crew members were also prodding and poking the actress through the sheets. “I wanted to create this sense that the body is super tensed and is expecting something to come and hit her. She was really proud to have done this, afterwards; she was really, really relieved in a way, and very proud.”

Since the story is focused on the sexually formative years of a young women, Ducournau told 3AW that there is a feminist bent to the film. "I was clearly rebelling against a certain image portrayed in the media of the women's bodies, and the younger [women], especially the sexuality," she explained, "which is always shown as something very hesitant and ashamed and fearful, and I really wanted to stop with this victim status that we had now."

Watch the (terrifying) trailer below.