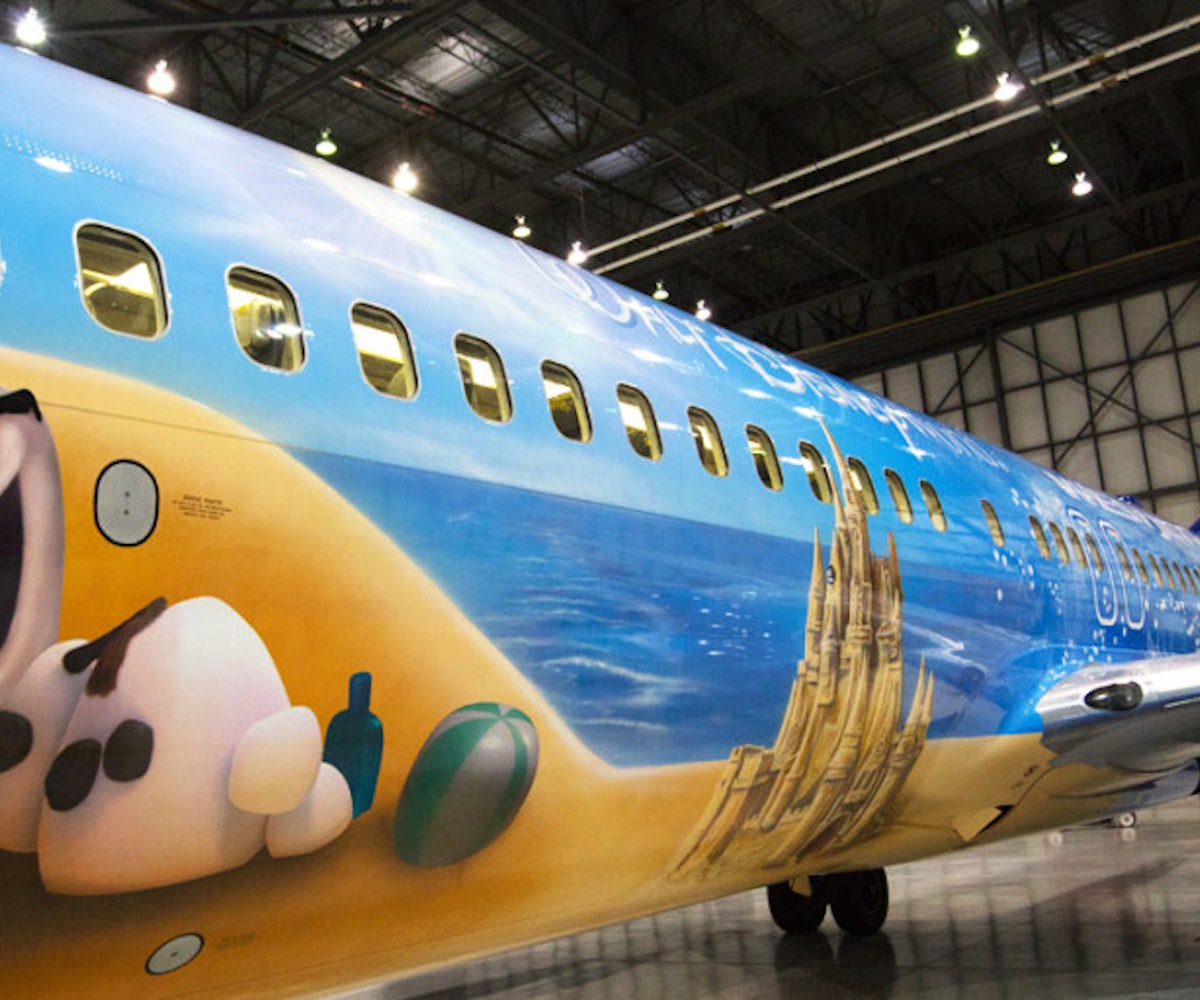 Just when you thought that all of the hype over Frozen was replaced by an inexplicably widespread obsession with Minions, Disney has created an airplane based on the two-year-old animated film that no one can get enough of. The creation is part of a partnership with Canadian airline WestJet, and has already begun to fly to the airline's stops throughout North America.

The plane is completely decked out with Frozen designs, from the overhead bins to the headrests and bathroom mirrors. The exterior features a frosty scene on the back of the plane with Anna and Elsa, while Olaf is chilling on a beach at the front. Thanks to a specialized paint used on the outside, it literally glitters as it glides through the air (okay, we gotta admit, that's pretty damn cute). Check out more pics of the plane, below—good luck making it through without making plans to visit Disneyworld.

NEXT UP
Life
A Studio Ghibli-Inspired Cookbook Is Coming To A Kitchen Near You
Life
Unfortunately, An Amber Heard & Johnny Depp Trial Movie Is Coming
Entertainment
On ‘Cool It Down,’ A Spitfire Band Matures
Entertainment
YDE On Her EP, Lady Gaga & Making New Short Film 'Send Help’