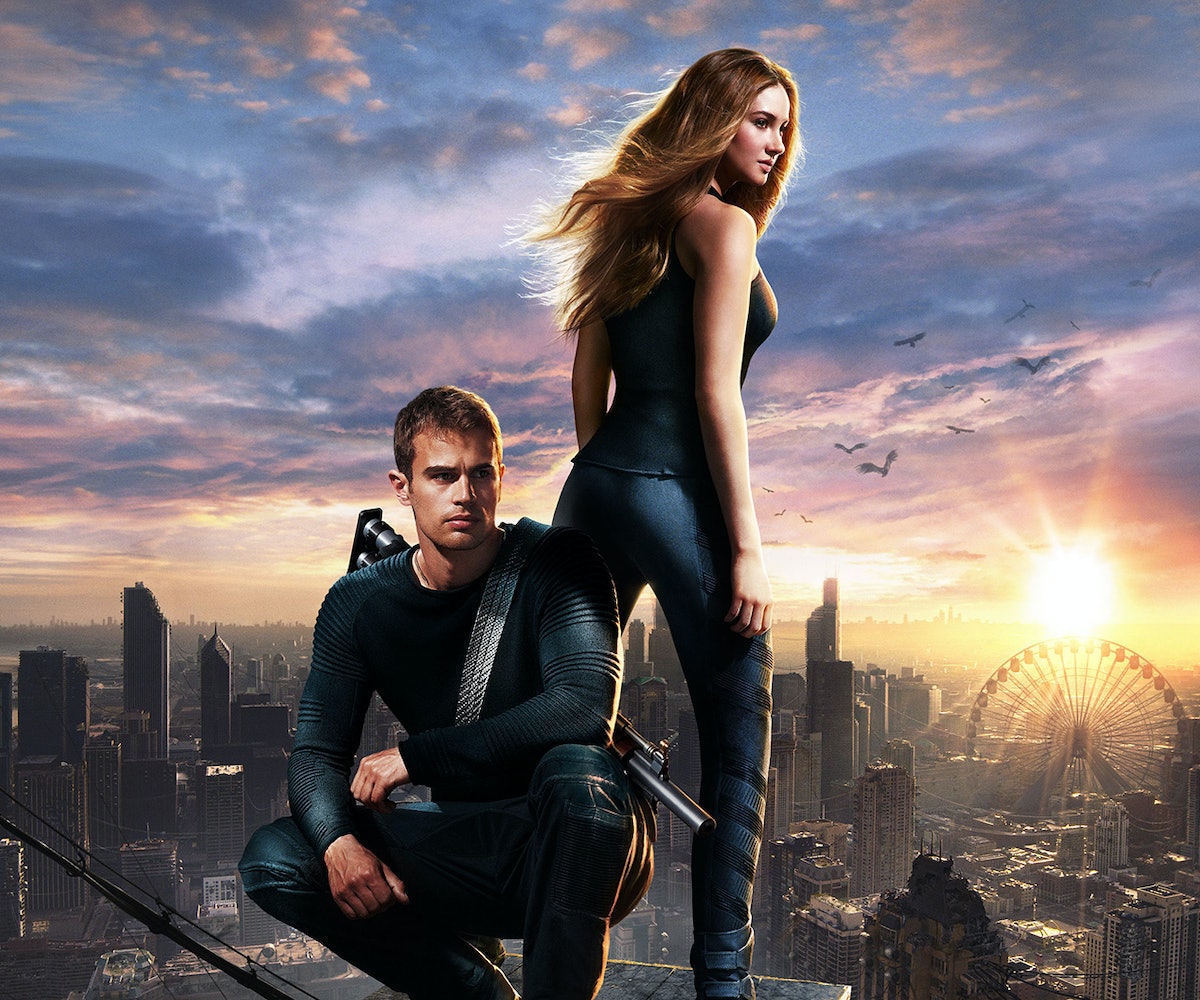 I'm going to be honest: When it comes to movies based on books, I'm a total pessimist. In my opinion, the silver screen rarely does my favorite reads any justice, and I'd rather just keep the story to the pages.

(out today) might have just changed my mind for good.

series by Veronica Moss stars Shailene Woodley and Theo James as the film's main characters, Tris and Four, respectively. The movie, like the book, is set in a sort of post-apocolyptic future world, where society is divided into five factions based on personality traits: Abnegation, for the selfless; Candor, for the honest; Amity, for the peaceful; Erudite, for the intelligent; and Dauntless, for the brave. Those who don't fit seamlessly into a faction are dubbed the "divergents," and eliminated from society (i.e., killed).

When prompted to choose her faction, Tris (Woodley) opts to join Dauntless, although only she knows she is, in fact, one of the divergents. The film follows her through her training and initiation into the faction, and builds suspense as she strives to keep her true identity a secret from Jeanine Matthews (Kate Winslet), the corrupt leader of the Erudite faction, who actively hunts all threats to her plot for social domination.

Although it's a young-adult flick, the movie is super sophisticated, both in dialogue and content. The book's drama, action, and sexual tension translate perfectly on-screen: I left with my nails bit down to the skin because of the suspense. Obviously no movie is complete without a little romance, and the chemistry between Tris and Four seems totally genuine (plus, James makes for some good eye candy).

fans need not worry--the movie does the book justice, and more. And even if you haven't read the book, the film is worth seeing for the thrilling sci-fi plot and seriously badass action. We'll be first in line when the next in the series,