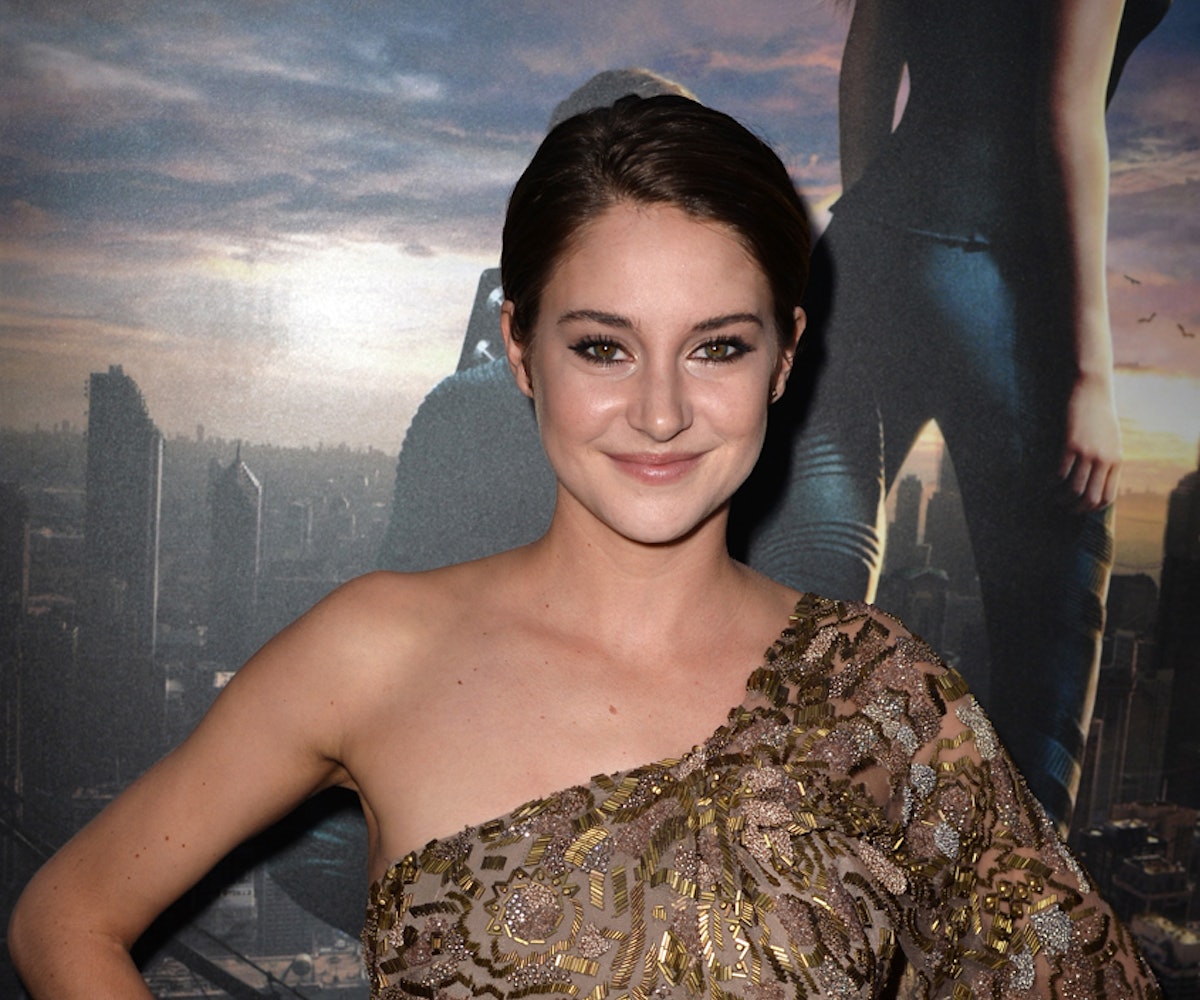 doesn't hit theaters until Friday, but last night the stars of the sci-fi flick--and those featured on the soundtrack--celebrated early at the premiere of the film.

Shailene Woodley ditched her no-frills costume for sparkly Elie Saab, Zoe Kravitz sported a springy Balenciaga number, and Ellie Goulding took a break from her tour to rock a glittery blue minidress...and that's only the beginning. Check out what everyone (yup, guys included!) wore on the red carpet below, and if you feel the need to re-watch the

for the millionth time after, we totally don't blame you.

Theo James in Dolce and Gabbana