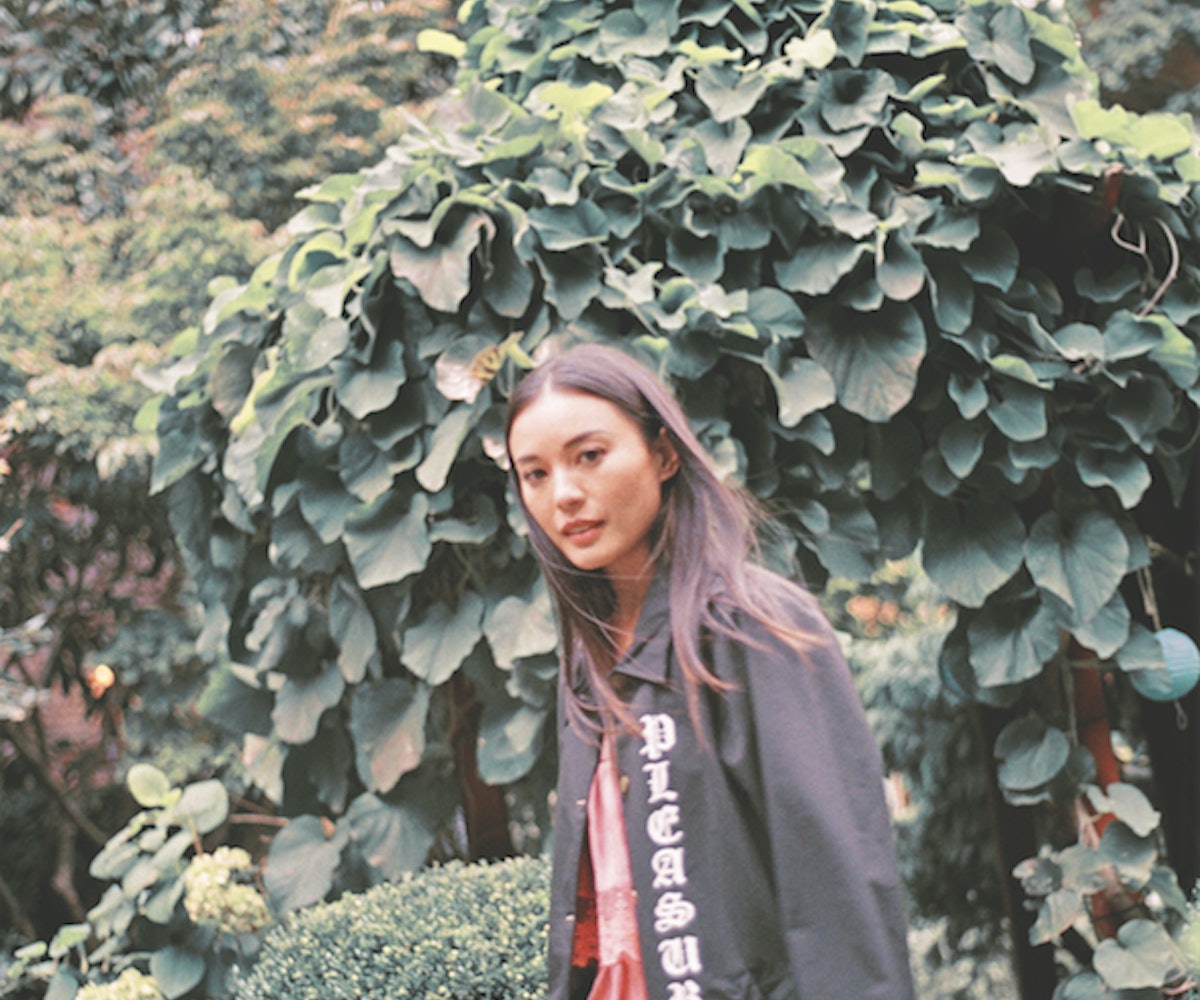 The following is an excerpt from issue 003 of Banana magazine, launching April 29. Read more about the project and its founders here.

“I laid a very helter skelter but solid foundation to be able to do what I’m doing right now. I don’t think I would be able to do it if I didn’t have all these very, VERY different experiences,” concluded Samantha Duenas.

Sam, under the moniker So Super Sam, controls two companies (an S-Corp and LLC), released the vocal EP Garden, and travels internationally to DJ her own sold out tours. She is a DJ/singer/dancer/ad executive/SEO copywriter/fashion publicist who grew up in the original “slash generation” before it became the movement it is today. As we ran through the laundry list of sharp twists and very wide turns—or as she calls it, “my little fucked up journey”—that got her where she is today, there was a gleam in her eye and conviction in her words that signaled a true moment of clarity. It was a realization that nothing in her drastic—and sometimes questionable—career moves had been accidental. Everything between the slashes is integral to the proverbial power suit she wears today.

Sam is a 5’1” Filipino American powerhouse who grew up torn between her left and right brain, while plagued with the oh-so-familiar Asian guilt that’s become part of the Asian American experience. Asian guilt takes on many forms, but a common feeling is that you’re not fulfilling the dutiful hopes and dreams your parents originally had for you. Sam did not grow up in a traditional immigrant Asian household—both her parents lived in Los Angeles after immigrating from the Philippines in the ‘70s, and her dad was even in a rock band. But Sam never got to witness firsthand the cultures and traditions that shaped her parents. They were reluctant to bring Sam and her sister to the Philippines, mostly for safety reasons at the time. Vicariously, however, Sam’s parents still held her to their Eastern values and she was taught to work harder than everyone else, focus on job security, and find a husband. “If you are not, in some way, shape or form, suffering, you’re not doing something right,” said Sam, explaining her parents’ expectations. “And that really fucked me up bad.”

Sam’s Asian guilt radar blinked furiously while pursuing a professional dance career in L.A. As she watched her parents head to work every morning, she felt she was failing to capitalize on the expensive degree they paid for, trading it in, instead, for Ashley Tisdale music video cameos. The guilt eventually drove her to give up on dancing and pursue a short stint in advertising. Though it satisfied Sam’s love for spreadsheets and provided her with job security, she yearned for a creative outlet. Eventually, she tried DJing, after a friend sold Sam his equipment. However, the guilt continued to loom, leading Sam to the aforementioned slash careers and a brief cross-country move to New York. It wasn’t until 2011, when she decided to hop on tour with Childish Gambino, that the vicious cycle finally ended.

“I jump on this tour bus and I’m like, 'I’m not getting a job, there is no fucking way!'” recalls Sam. “We played on this tour [where] I’m DJing and I’m like, there are 5,000 people here, and it was the first time I felt the warmth of the stage lights on my skin. [It was a feeling] I hadn’t felt since I was in a musical when I was 17. I was like, wow—I need it.”

This was the moment that spurred it all. After the tour, she moved right back to L.A. to focus on DJing as a career, quickly realizing that building So Super Sam as a brand actually encompassed elements of every job she’d worked. Being a dancer allowed her to perform better on stage; SEO copywriting helped her online presence; advertising and PR showed her how to market herself and operate a business. Everything tied together.

In 2015, Sam finally had the chance to experience her heritage firsthand when DJing brought her to her motherland. She described it as a trip full of collapsing emotion, immense realization, and a deep dose of guilt. Between the poverty, pollution, and corruption she saw during her short trip to Manila, she was moved to tears. Everything Sam thought she knew about the Philippines from her family and friends was different from what she saw with her own eyes.

"I was angry. I called my mom: 'I can't believe you guys never took me to the Philippines,'" said Sam. "I'm learning so much in the five minutes that I've been here, and I feel like I was robbed of my heritage for so long. But also I just felt really lucky that I was able to go to my mother country on my own, through a career that I built for myself, that afforded me this experience."

Hearing locals chant her name and sing along to every song she played made Sam realize that her voice and influence meant something to her native peers, and she describes that first trip to the Philippines as her most life changing experience. Since then, Sam has gone back to Manila a handful of times, but is yearning to stay longer and learn from her heritage. One of her goals this year is to return as a collective with fellow Filipino artists Mr. Carmack, Noodles, and Esta, to teach workshops and perform for the community. Though it’s a major undertaking, and Sam isn’t quite sure how to make it happen, something tells us her niche curriculum vitae will come in handy.