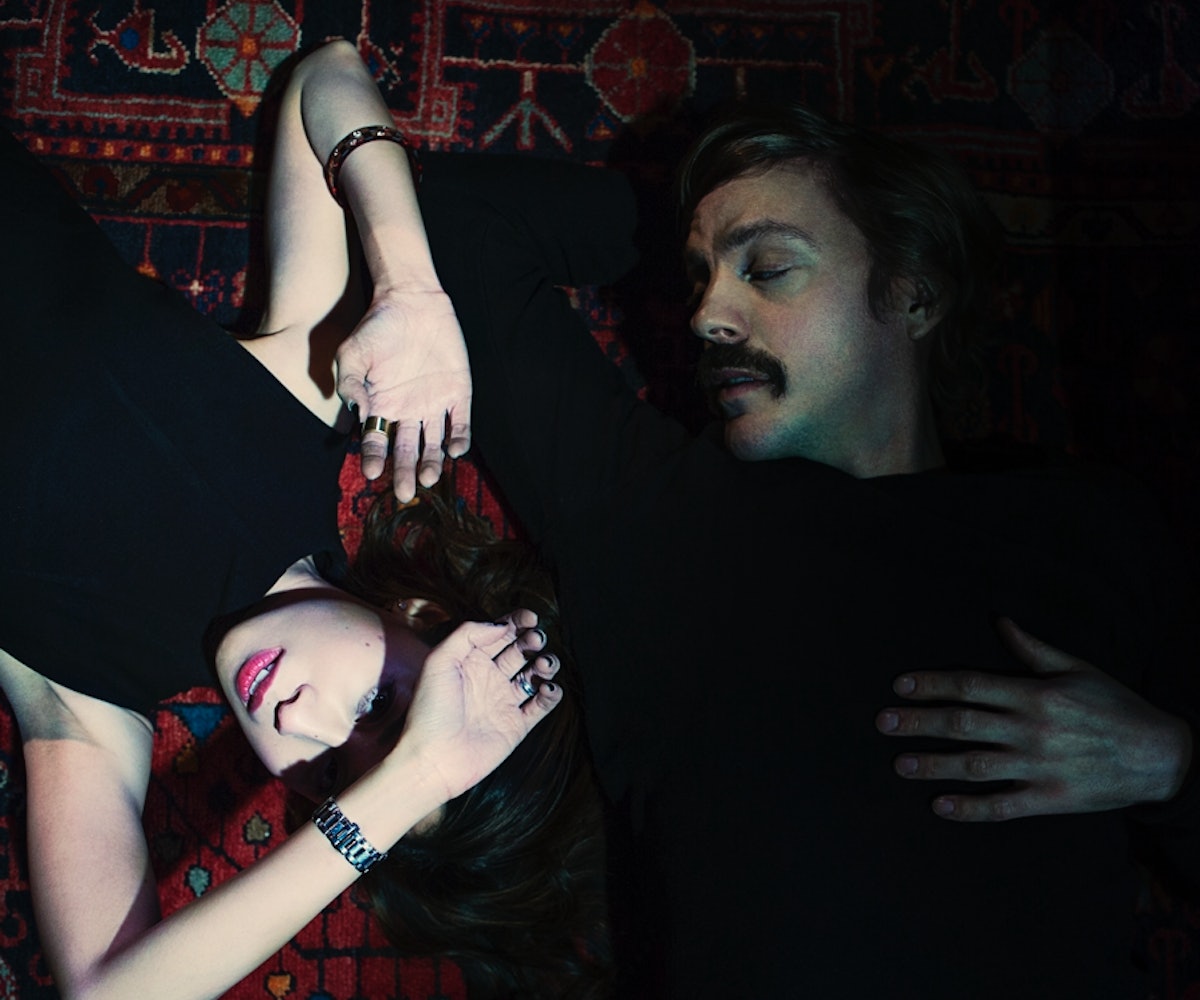 Want to know what happens when you put musical elements of Sweden and America together? Djustin. The electropop duo, comprised of Johan Angergård and Rose Suau, have been crafting airy, synth-infused sounds that touch on love, pain, and lust through vocal whispers.

is premiering their new single "Concrete," and it plays into the duo's signature ballad style. For Angergård, the song is about "choosing destruction or self-destruction over indifference," while Suau feels that it captures "when you've reached an endpoint of being with someone, and you're left with nothing but a void and blank wall."

“I love the soulful sensualism in Rose’s voice, and figured she’d be perfect for the project," added Angergård. "I’m pretty used to writing everything myself and wanted to see what would happen if I did things in new ways. So, I took the chance and sent a couple of tracks over to Rose with me singing gibberish. A week later, she dropped a recording of the finished vocals and it was… well, just lovely.”

We couldn't agree more. Djustin's debut EP will be released on

via Labrador Records. Stream the dreamy single, below.