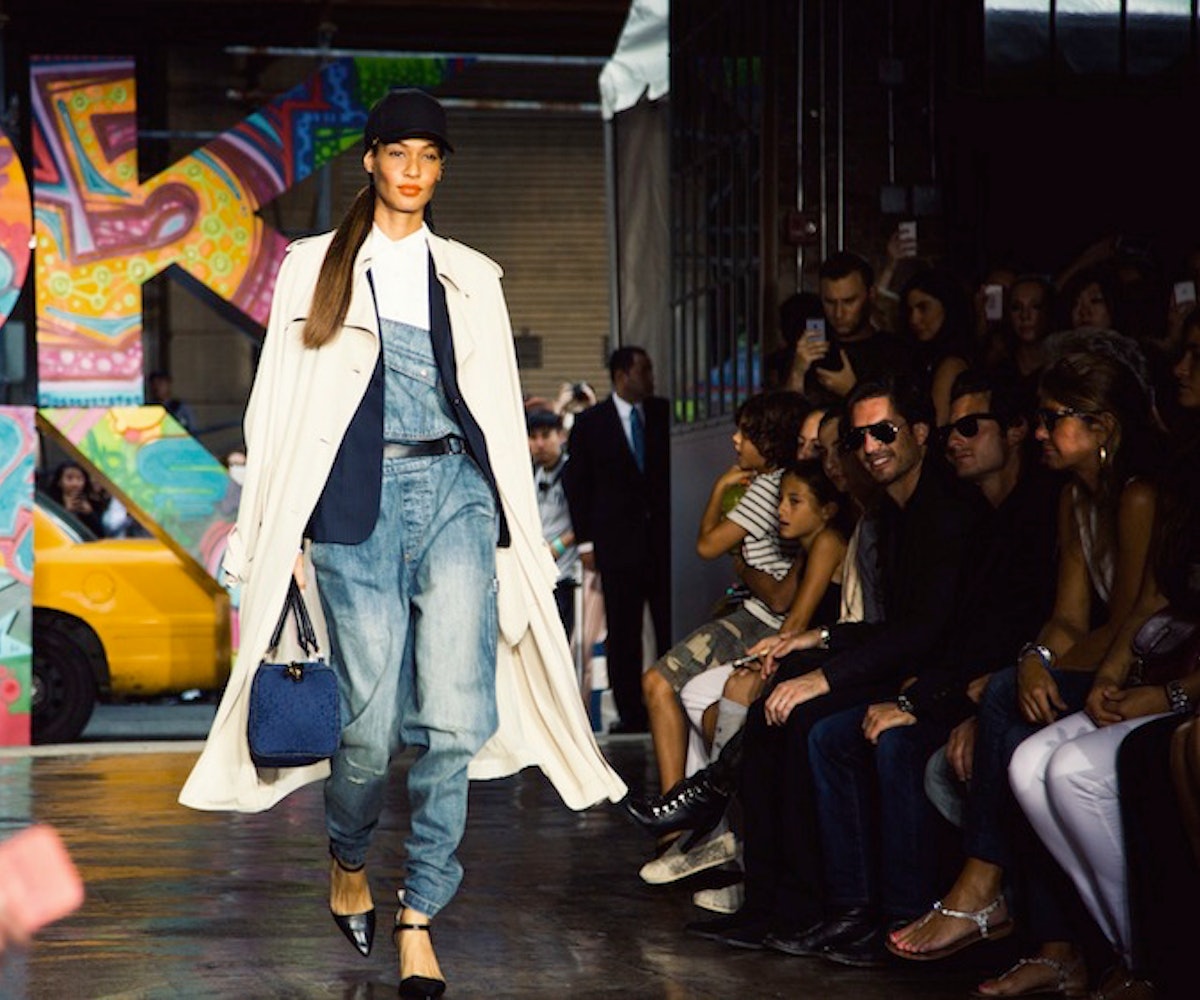 Between the streakers outside the venue (uh...don't ask), the mega model roster (Karlie Kloss, Joan Smalls, and Chanel Iman all walked the show), and an unforgettable closing sequence courtesy of surprise guest Rita Ora, it should go without saying that there was a lot to take in at Sunday's DKNY runway show.

And that's not even touching upon the '90s-drenched collection, which featured everything from overalls to anorak gowns to slip dresses to logo-motif separates. Topped off with visors, backpacks, and snapbacks (with scarves tied around underneath), DKNY spring covered all the bases, set to the ultimate weekend soundtrack. The clothes won't hit stores until next year, but because you can always use new music in your life, we've tracked down the soundtrack listing straight from DJ Kris Bones.

So go ahead, fight for your right to party--and wear really cute clothes.