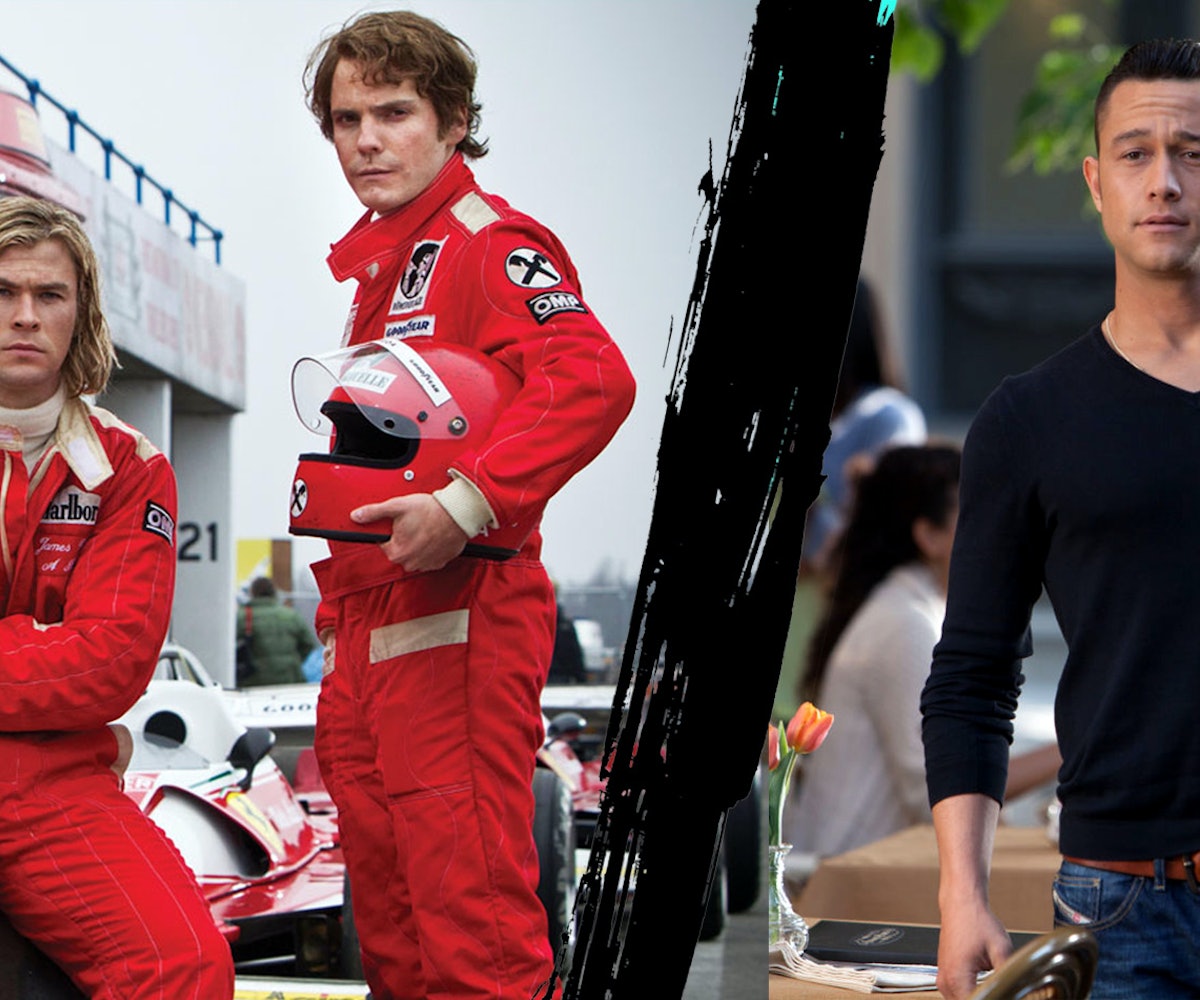 And yet, despite the "boys only" vibe, we found ourselves pleasantly surprised by both films. Yes, there are explosions and boob shots in them, but they're not completely testosterone-fueled. Whether it's making an action movie that doesn't sub in blowing things up for believable characters, or a rom-com that pokes fun at stifling gender roles, we recommend manning up this weekend. Here are our takes on the two films:

The Plot In One Sentence: A porn-addict player falls hard for the aptly named Barbara Sugarman--but is landing "a dime" really all it's cut out to be?

What You'll Love About It: Other than Gordon-Levitt, who manages to take a potentially gross caricature and turn him into a charismatic, charming, and--yes--ultimately deep character (in his directorial debut, to boot), the film is surprisingly subversive. Yes, it's a comedy, but it's one that will make you laugh as it tackles gender roles, notions of romance, and other socialized quirks that play out through modern day dating rituals.

What You Might Not Love About It: Boobs! Seriously, lots of boobs. Also, lots of thick Joisey accents that occasionally play like a Jersey Shore parody.

The Plot In One Sentence: Based on a true story, this slick adaptation follows two very different Formula One stars--a hot popular playboy and a serious, shy Austrian--who go head to head on and off the track.

What You'll Love About It: Although the trailer bills it as a high-octane dude sports movie, this Ron Howard-directed flick could really be for everyone. Awesome cinematography, some romantic drama, and plenty of gratuitous shots of Hemsworth (ahem, shirtless,) keep the gritty racetrack drama well-balanced.

What You Might Not Love About It: If you have a weak stomach, be prepared to cover your eyes during the middle section. A gruesome racing accident leaves one of the drivers with some seriously cringe-worthy injuries (that continue throughout the final third of the film). Just be forewarned...

Bonus Points: Olivia Wilde plays Hemsworth's love interest, with a surprisingly convincing British accent. Also, although Hemsworth may be playing a heartthrob (again), he gives his character more than enough depth to prove he's not just another Hollywood beefcake.