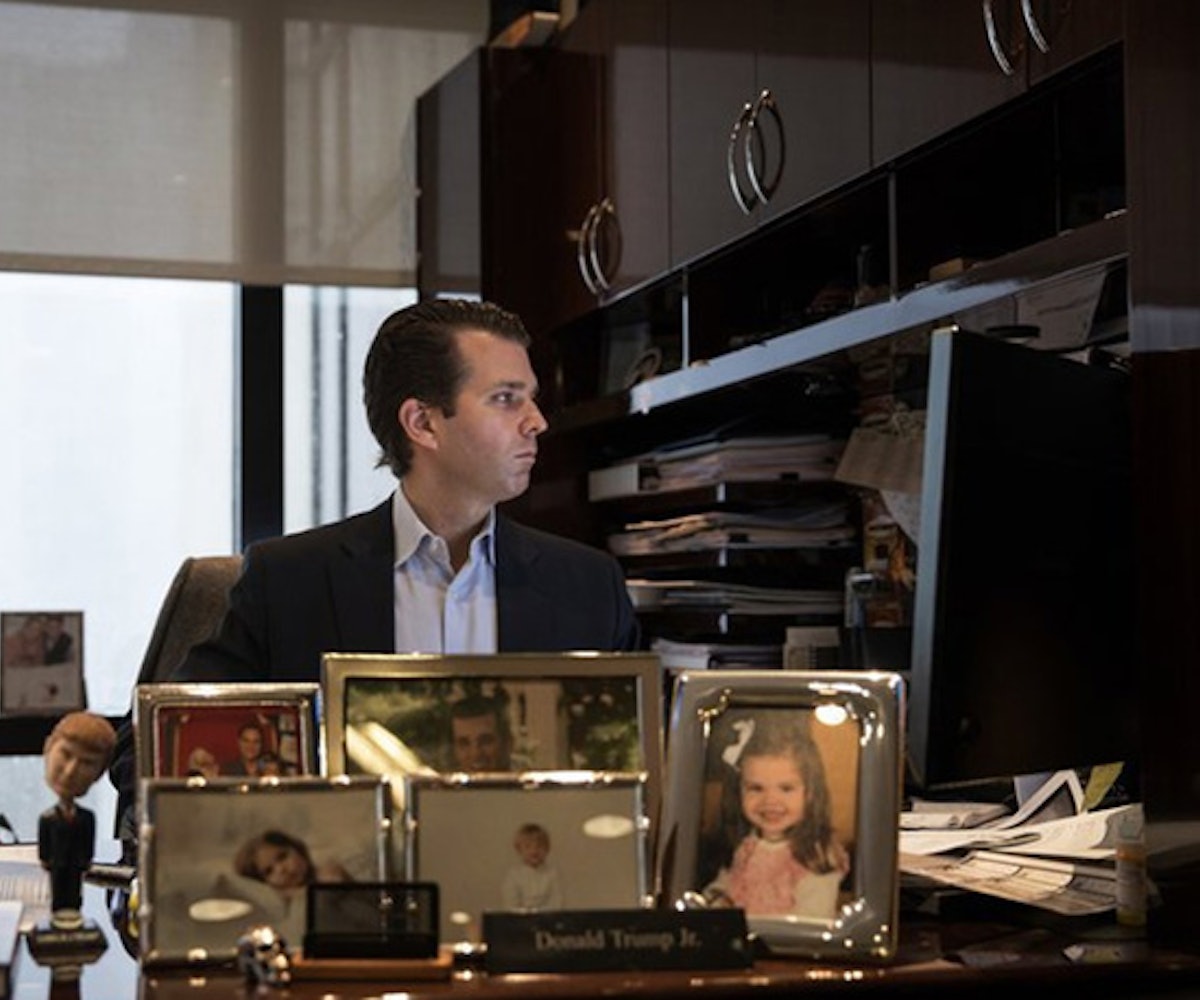 Every Trump child plays a very specific role in the current administration. Ivanka is the one who does nothing but gets all the credit. Eric is the one who can't leave the house during daylight or he'll burst into flames. Tiffany is N/A. And Don Jr. is the one who has all the ambition of his father, but is somehow, shockingly, much dumber. (He's without a doubt the Gob of this administration.)

A recent photo shows the large adult son sitting at his desk, only something is off. All of his family photos are facing away from him, huddled together behind his name plate. Sitting next to them is, of course, a bobblehead doll of himself.

"I, too, casually arrange photographs of my 100 children to face outwards so I can only see the backs of frames," Wired reporter Ashley Feinberg tweeted.

We already knew Don Jr. wasn't very bright. He lied about colluding with Russia during the 2016 election before almost immediately releasing evidence that proved he did.

And while this photo is pretty great, it's got a lot of competition to be Don Jr.'s dumbest photo of all time: