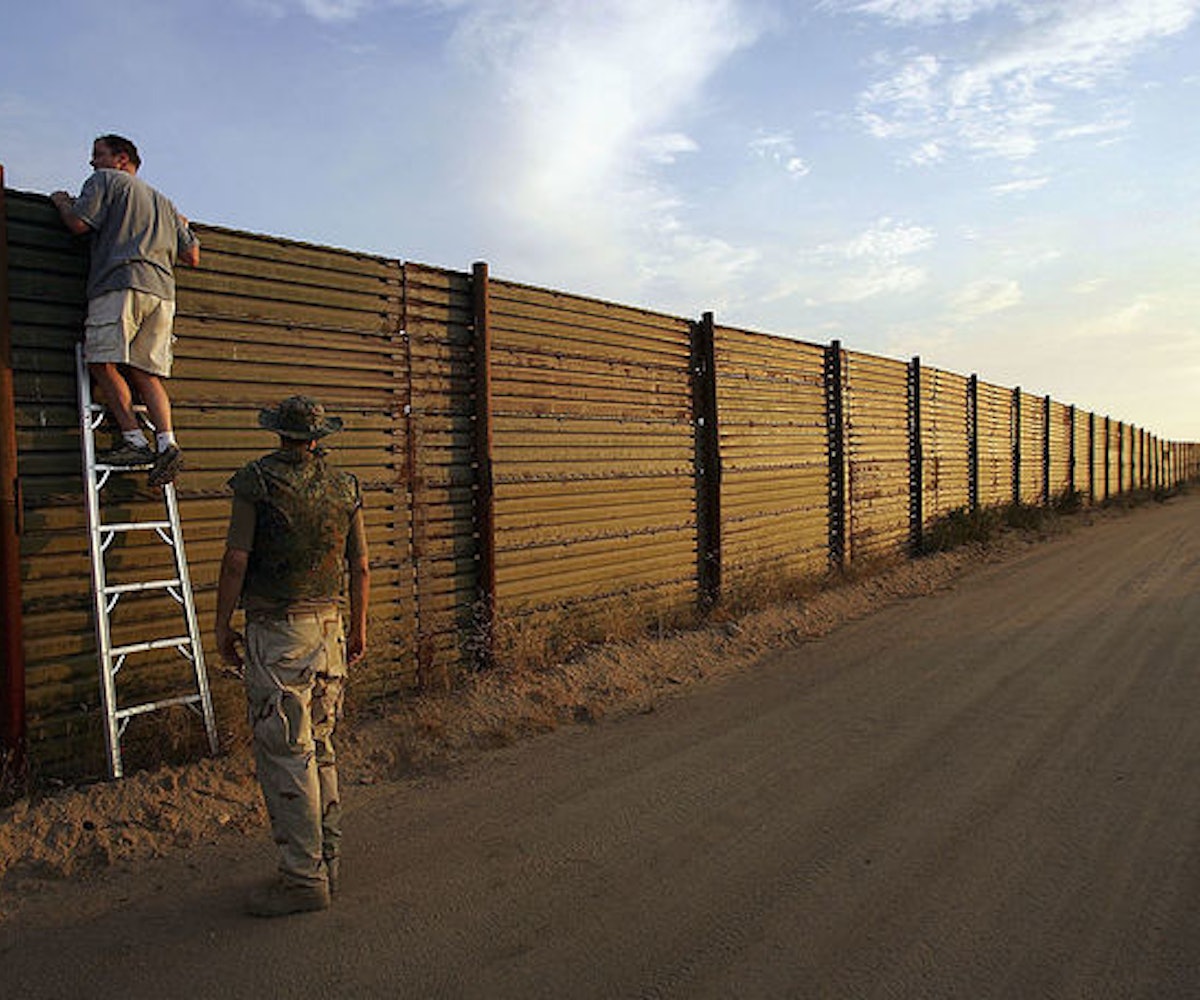 One of the questions about the Trump administration was how it would affect art, namely the movie business. Would Hollywood begin to tell stories that reflect life under Trump? The answer was always going to be yes, and today, it looks like we have the first official movie directly related to the 45th president and his policies. According to The Hollywood Reporter, the acclaimed Chinese filmmaker Wang Quan'an has agreed to write and direct a movie called The Wall, which is a psychological drama about the emotional barriers Trump erects around those closest to him. Just kidding. It’s about that giant wall he wants to put up along the Mexican border.

The movie will follow Harris, "an unscrupulous architect, whose unending drive to secure the mandate to design the infamous U.S.-Mexico wall becomes all-consuming." Cool. At one point, he "seduces a powerful woman with the right connections to secure his bid, only to find himself trapped within his own manipulations." Very cool. The movie, which is currently searching for a high-profile actor to the play the lead, is being called "a tale of greed, vengeance, sex, and ambition," which, if you added racism and bigotry, could easily be confused for a biopic of Trump himself.