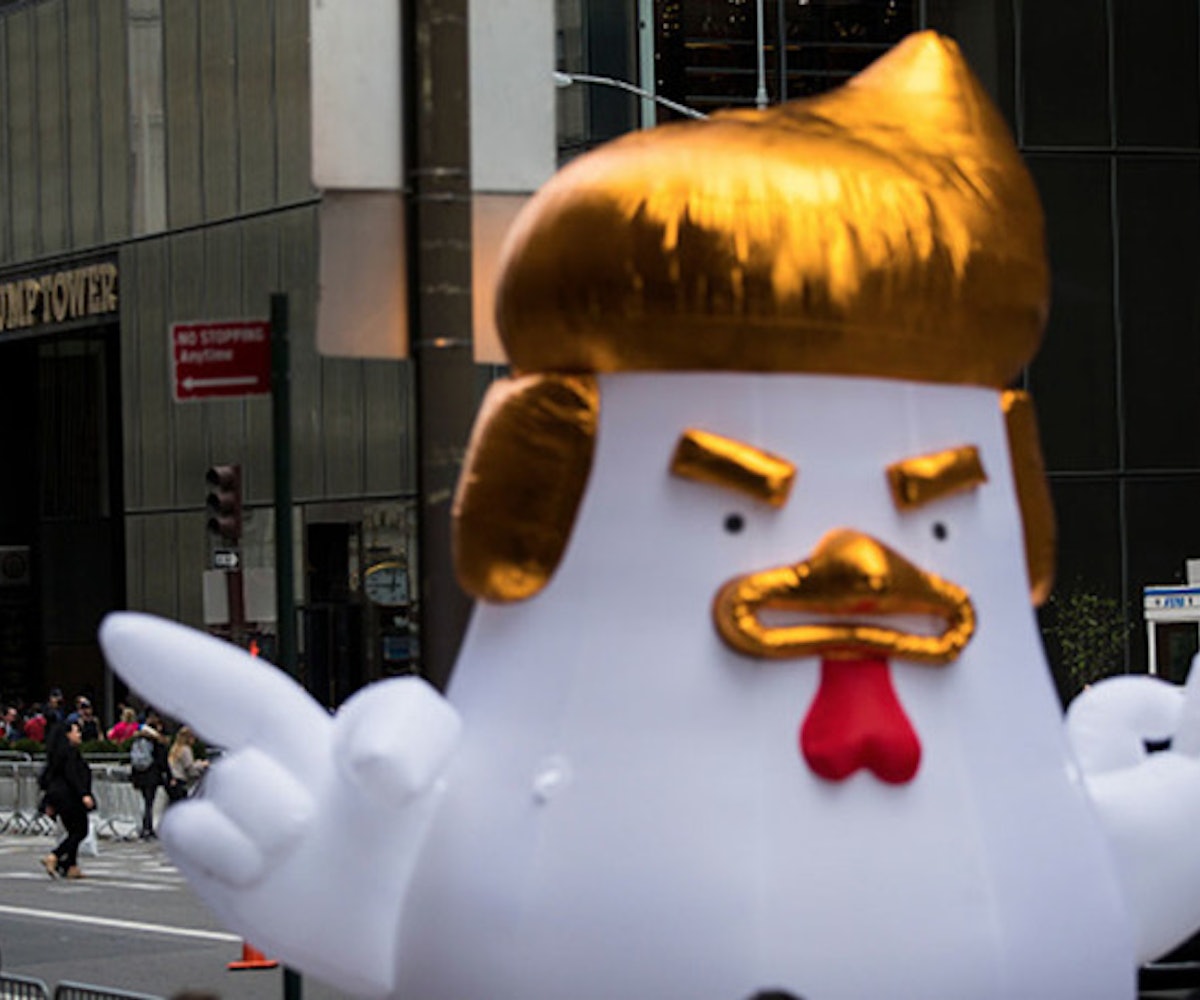 Donald Trump is desperately trying to save face while his reputation continues to go up in flames. The president tweeted earlier today that he is ending the White House's Manufacturing Council and the Strategic and Policy Forum. Only, the groups had already decided to disband before he sent that tweet.

"Rather than putting pressure on the businesspeople of the Manufacturing Council & Strategy & Policy Forum, I am ending both," he wrote. "Thank you all!" The real story, however, was that the decision to disband one of the councils came during a conference call with its executives Wednesday morning, before Trump's tweet, the Wall Street Journal reports. The leader of the Strategic and Policy Forum, Stephen A. Schwarzman, called Trump and told him the group was planning to disperse, following the president's comments defending neo-Nazis.

Trump basically will do anything to try and have the upper hand, even when it's clear nobody wants anything to do with him. Naturally, the internet isn't letting him live this one down.

His tweet also reminded a lot of people of a sad kid's birthday party that had to be canceled because no one actually wanted to go.

The president claimed just yesterday that "many" people wanted to join his councils. We wonder where they all went...

Trump is basically the kid in high school whose hot Canadian girlfriend, that he swears is real, can never seem to make it to the party.