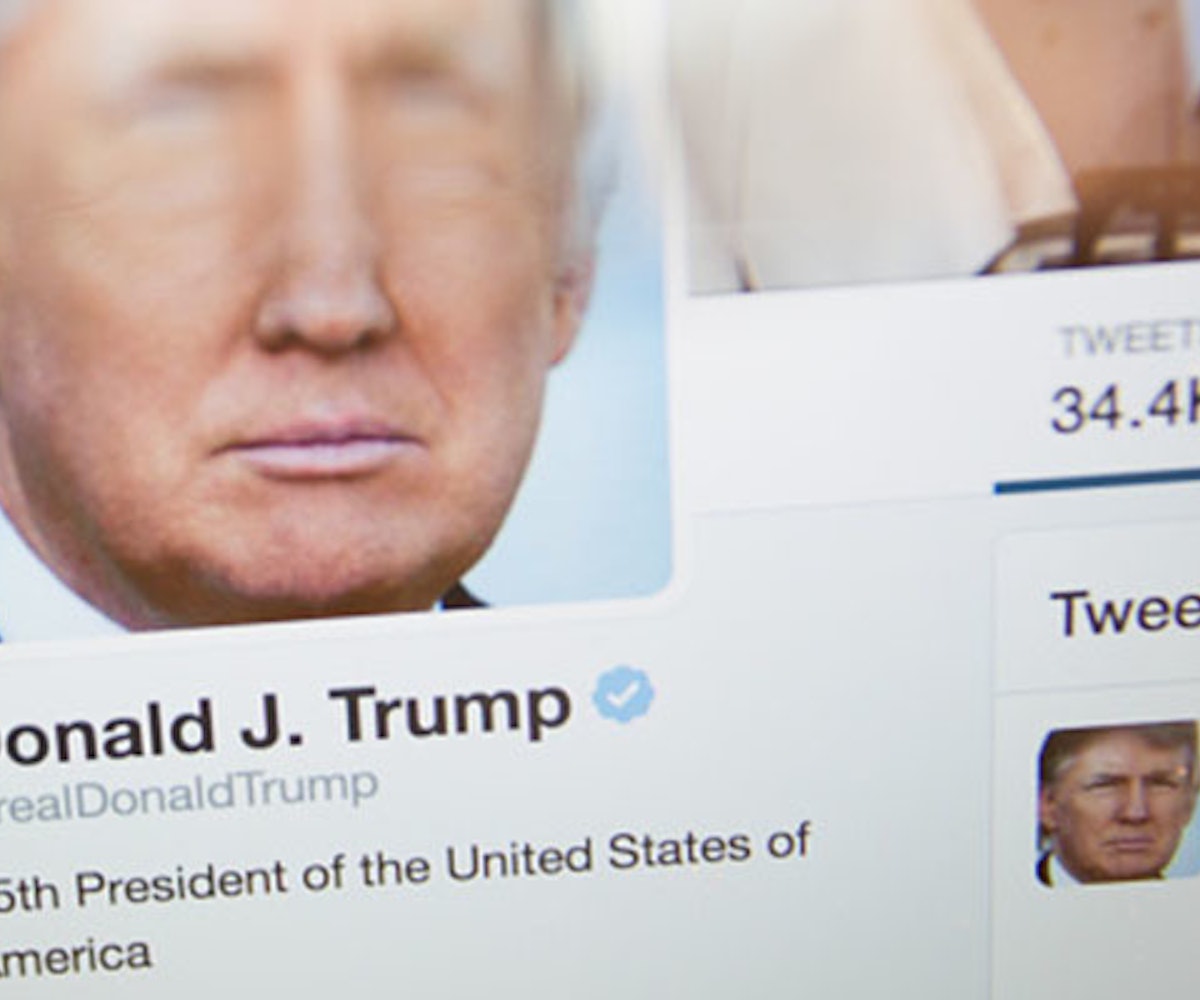 Around 8pm last night, Donald Trump tweeted out a link to the "highly anticipated" Fake News Awards. Wow, he was really serious about that. Despite having an unusually short work day, Trump found time to squeeze this in. Our tax dollars hard at work!

Trump announced the "awards" earlier this month, tweeting, "I will be announcing THE MOST DISHONEST & CORRUPT MEDIA AWARDS OF THE YEAR on Monday at 5:00 o’clock. Subjects will cover Dishonesty & Bad Reporting in various categories from the Fake News Media. Stay tuned!"

Monday came and went, and there were no Fake News Awards. And still, nobody cared. Then, randomly, the GOP launched a poorly working webpage Wednesday night, which was essentially just a blog post on its website, where it listed all of the news sites the president doesn't like. The word "FALSELY" is written in all caps a lot.

The list exemplifies the depths of our president's pettiness. One of the things Trump wanted to clarify is that he never "defiantly overfed fish during a visit with the Japanese prime minister." Okay.